As the fateful date for Britain leaving the EU gets closer, and with no sign of an orderly exit in sight, Britons are applying for EU citizenship in their thousands. 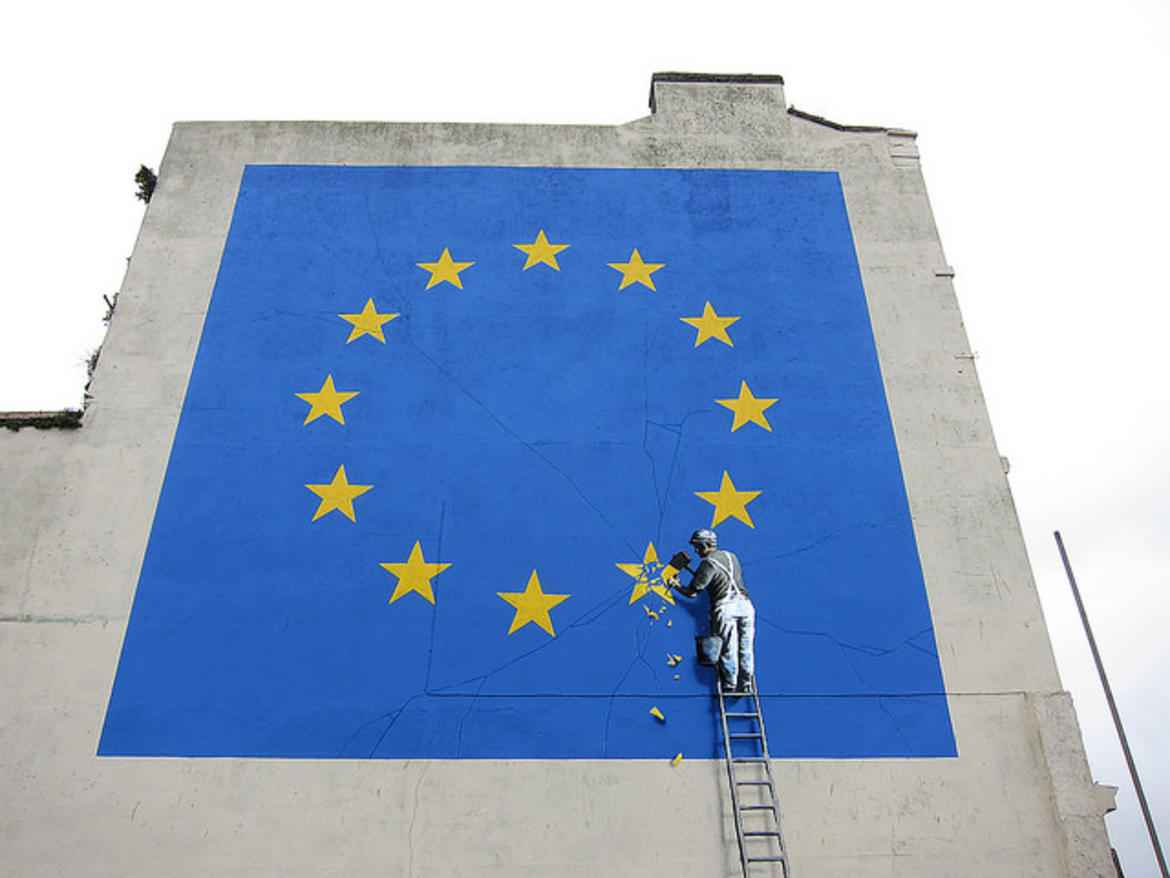 Catherine Bremer spent a year in Paris, studying as an Erasmus student at a French university. She lived and worked in Spain, Belgium and Mexico. Then she went back to France, started her life over and bought an apartment. Finally, one year after the May 2016 referendum on Brexit, Bremer, a British woman born in southeast London, filled a folder three centimeters thick full of certificates and submitted it by registered post to the Paris Préfecture de police.

Only then, after months of feeling angry and disenfranchised – she was one of the roughly 700,000 British expats not entitled to vote in the referendum – did Bremer feel a sense of relief. "I wanted to keep my rights as a European Union citizen. But also to make a statement: I feel European," enthuses Bremer. 18 months after the day she applied for French citizenship, she received a letter informing her her application had been successful.

Like Bremer, a record 22,391 pro-European Britons applied for and obtained another EU member state’s passport from 2016 until the end of 2017, according to data to which we have had access from 24 EU interior ministries and statistical bodies of member states (Bulgaria, Romania, and Cyprus did not reply to our multiple requests of information).

The data shows that the increase was particularly strong in the months after the vote but it has continued steadily as 29 March 2019, the day the divorce will become reality, approaches. EU authorities issued 6,749 passports to Britons in 2016, up by 174 percent compared to 2015, and 15,642 passports in 2017, a 131 percent annual rise.

Digging up those roots

To get an alternative passport, thousands of Britons have been digging up their European roots, as well as trying to find the most favorable national legislation.

In the case of Germany, which in 2017 only delivered 7,493 German passports to UK citizens, 6,004 Brits received the citizenship having achieved 8 years of residence in the country, while 614 got it from the German Constitution’s (Grundgesetz) Article 116, according to Germany's Federal Statistics Office (Destatis). Due to the forced emigration provoked by the Nazi regime in Eastern Europe, Article 116 permits people who got stripped of their German citizenship for "political, racist, or religious reasons" to have it back. Something that has allowed several Britons with Jewish-German descent to have their passport reinstated.

Moreover, British citizens currently have little to fear since Germany applies the principle of reciprocity and accepts dual citizenship from countries that allow it too, as is the case of the UK, says Rainer Hofmann, professor of Law at the Frankfurt’s Goethe University. "German citizenship can only be lost in very restricted cases, like the acquisition of another citizenship without prior approval of German authorities. Brexit is irrelevant as it would occur subsequent to the acquisition of German citizenship," states Hofmann.

Whether British citizens will retain their right to freedom of movement after Brexit is still unclear. But the feared divorce has not stopped Britons requesting passports of the Republic of Ireland, whose naturalization law is particularly well-disposed to people with grandparents or parents born in Northern Ireland (UK territory).

Brexit worries have boosted the numbers of new Irish citizens. There were 98 in 2016, 529 in 2017 and 687 in 2018, according to the Department of Justice of the Republic of Ireland. In 2018 the situation pushed the Irish government to increase the number of staff in its passport offices to deal with the increased number of applications (2,564 from 2015 to 2018, according to incomplete data of the Irish authorities).

Angered by Brexit, some Britons have also started to become interested in a tiny and underpopulated country, Latvia, which recently relaxed its legislation on granting citizenship. 1,182 Brits became Latvian citizens from 2015 to 2018 (most countries stated that data of 2018 was not yet available).

The other side of the coin has been the more moderate increases in the two major countries of Southern Europe, Italy and Spain, countries with a relatively large number of British citizens already living there as permanent residents. From 2015 to 2017 only 323 UK citizens obtained Italian nationality, while even less – 132 – obtained a Spanish passport.

In the case of Italy, the major issues are related to bureaucracy and a very long and tiresome process that includes endless paperwork and convocations to the police, said Britons who requested an Italian passport. To add to that, the new coalition of the Five Stars Movement and the anti-immigrant League has recently tightened rules to achieve Italian citizenship, including for EU citizens.

"If you are a British citizen, it now it takes at least four years for the public administration to examine your request to obtain citizenship through residence. Before it was two," says Jessica Zama, a lawyer who works in Rome and helps UK citizens with their paperwork process.

"None of the requests we submitted last year have been answered yet. It is also impossible to get an appointment at the Italian consulate in London if you want to try to apply on grounds of descent. They simply do not reply," adds Zama.

"I requested Italian citizenship immediately after the referendum since I am married to an Italian woman and I have Italian children. So it took me only a year," explains Crispian Balmer, a British journalist living in Rome. "But many others have not been that lucky. I feel that many are still in denial. They believe that there will be a second referendum (on the status quo or an agreement yet to be found, or on leaving without an agreement), but it is unlikely to happen", adds Balmer.

“One of my grandmothers was from Naples and another grandfather from Belfast. Finally, I chose Irish nationality because I just had to wait a few weeks to get it, while to get the Italian it could have taken more than three years,” stated another young British woman.

Similar is Spain, where not only do British citizens have to wait around 4 years to obtain Spanish nationality, but also they have to give up their own passport to become Spaniards, says Camilla Hillier-Fry, vice-president of Euro Citizens, a group fighting for expat rights.

"Spanish law only admits dual nationality of people with a special relationship with Spain, such as several Latin American countries, Portugal, the Philippines, and specific groups of individuals such as Sephardic Jews," recounts Hillier-Fry. "I must stress that Spanish citizens who live in Great Britain do not have to give up their nationality if they want to request the British one since UK law does not demand that. It would be nice to correct this imbalance," she says.

However, Spain is not the only country that makes it difficult for UK citizens to obtain its passport. Other countries that do not allow dual citizenship – or only allow it exceptionally – have had fewer requests of naturalization by UK citizens. This is the case of countries such as Estonia and Lithuania, both at the very bottom of the ladder, with zero acquisitions.