Every year, tens of thousands of European citizens decide to avail of the Erasmus programme: students, lecturers, researchers, artists, athletes, volunteers and other citizens book their flights, pack their bags and leave for other countries, with grants supporting European mobility. 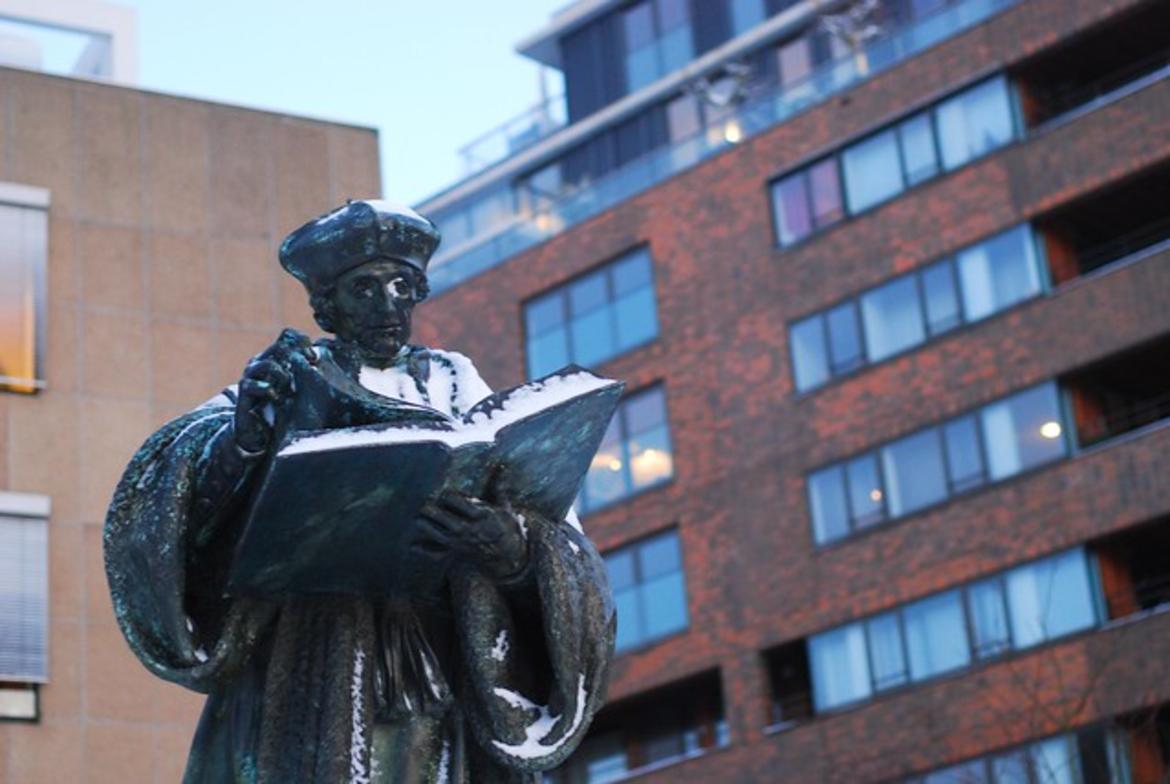 Erasmus (recently renamed Erasmus+ ) is recognised as a flagship programme of the European Union, and one of the most effective tools for the development of the European population. In its 32 years of existence, the programme has enabled more than 9 million citizens to study and work abroad for a period lasting from several months to as long as three years with Erasmus Mundus .

According to the European Commission’s impact assessments , those who avail of the Erasmus programme learn a new language, expand their professional horizons, enlarge their own personal network and feel more European. For example, the risk of Erasmus alumni being unemployed five years after graduation is 23 percent lower than average , and one Erasmus intern in three receives an offer of work from the company which provided their internship. In other words, the European Union’s mobility programme has a powerful effect on the professional lives and cultural identities of those who avail of it.

The European Union has allocated 14.7 billion euro to the programme for 2014-2020, about twice what was allocated for 2007-2013. Of that total, around two thirds are dedicated to the most recognisable side of Erasmus, namely the European student exchange programme. The rest of the budget is used for other training partnerships and professional initiatives in sectors such as culture, volunteering and sport.

That said, while nobody would question programme’s power, the Erasmus generation has not yet reached critical mass. Statistics show a continual increase in participants, but the numbers are still low when it comes to things like reach and total budget. There is still much to be done before we can speak of an Erasmus generation without sliding into rhetoric.

According to the official Erasmus+ statistics, from 1987 to the present day around 9 million people have availed of the programme, a little over 1.7 percent of the EU population (leaving aside the participation of neighbouring countries like Iceland, Norway, Turkey and Serbia). Restricting our analysis to young people, Erasmus aimed to reach 3.7 percent of this section of the population between 2014 and 2020, a very low proportion of the total population.

A lack of inclusivity has been noted by both promoters of the campaign and the more pro-European political activists. “It’s correct to say that Erasmus, as it is, enables only a small percentage of European citizens to take part”, explains Andrea Venzon, co-founder of Volt, a progressive, pan-European movement. “Together with strengthening the programme of European cohesion, to fulfill its potential Erasmus should reach citizens of all ages and become so much more than the student exchange programme which everyone already knows about: for example, leveraging apprenticeships as a way to combat youth unemployment and promote multilingualism among the most disadvantaged sections of society”.

Young people have an essential role to play in safeguarding the European project. “Young people are incredibly pro-European”, explains Silvia Costa, MEP and president of the Committee on Culture and Education. “According to Eurobarometer, an absolute majority of young Europeans are not eurosceptic, but rather eager pro-Europeans. They have no memory of the borders, and it seems an absurdity to them that things like Schengen restrictions exist. We see this in Britain too, where young people voted to remain in the European Union and are very worried for the future of the Erasmus experience and funding for researchers.”

From the budgetary point of view, the European Union can and should do more. In 2018 alone, the total budget of the European Commission was 161 billion euro. Of this, only 2.3 billion - 1.4 percent of the total - was dedicated to the Erasmus+ programme, for use in more than 34 countries, including member states, neighbouring countries and some non-European countries. For comparison, in 2018 the EU spent 57 billion on agriculture and 7 billion on administration.

The grants allocated for scholarships are often insufficient for those intending to leave home and live in another country. Up to 2017, Italian students received a budget of around 300 to 350 euro per month on average, depending on their destination country, excepting supplements on a local or regional basis (which vary from university to university, and from region to region).

As Sara Pagliai, coordinator of Erasmus+ agency Indire, explains, “there are initiatives underway to improve the scholarships, but it requires a larger budget, and to increase participation there needs to be at least ten times more funding. The budget would allow for much more involvement of the economically disadvantaged.”

Looking at the data in perspective, investment in the programme grows over time , starting at 44 thousand student grants in European Union countries, which amounted to 12 countries at the time. At its disposal, the fund had 178 million ECUs (the European Currency Unit, the unit of account used in Europe before the launch of the euro). But the idea didn’t start there. “It was the end of the 60s when Sofia Corradi, a professor in Bologna now recognised in Europe as the ‘mother of Erasmus’, paved the way for the creation of the programme”, Silvia Costa explains. “It took many decades to arrive where we are today, and it will take more time to realise the United States of Europe, but I believe this to be an inevitable process”.

Today, the European Commission is proposing to raise the budget for Erasmus+ to 30 billion euro, with the aim of reaching 12 million European citizens in the next seven years. The budget should be approved by the new European Parliament after the elections in May. The aim is to make Erasmus bigger, more inclusive, more interconnected. It’s a crucial project at this critical historical moment, when European cohesion is threatened by an illusory revival of nationalisms. This is obvious to anyone who has availed of Erasmus.