Only two European Union member states confirm that they had strategic reserves of the most effective and safe vaccine against monkeypox, a smallpox-like virus. 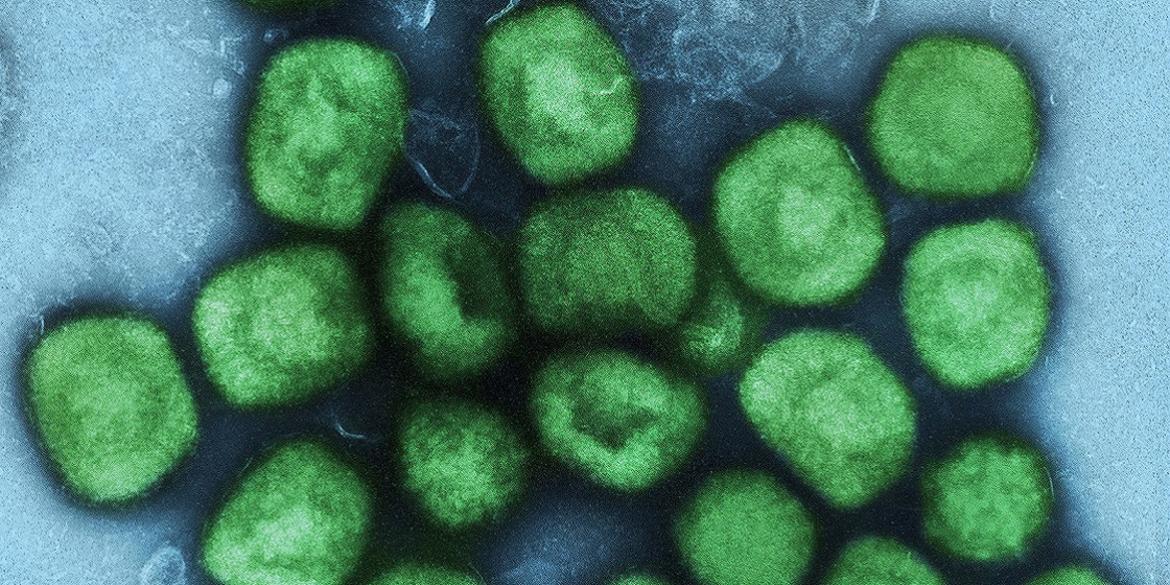 The sudden appearance of monkeypox outside its endemic regions, in Central and West Africa, surprised the world. Although it was not the first time the virus had broken out elsewhere, the scale of the current health crisis is unprecedented. From the beginning of May to the middle of July, at least 7,665 cases have been reported in the European Union (EU), according to figures compiled by Civio, which is one thousand more cases than the WHO reports . It is the largest outbreak of this virus ever seen in Europe, where few countries were well-prepared.

“No one expected transmission within Europe or the United States, without [a patient] having travelled or their partner or friend having travelled,” says Mar Faraco , president of the Spanish Association of Foreign Health Doctors . For the moment, the most affected countries in the EU are Spain (2,895 cases), Germany (1,859), France (912), the Netherlands (549), and Portugal (515), while the United Kingdom, where the first patients of this outbreak were detected, reported 1,856 cases through mid-July.

Monkeypox is caused by a virus similar to the smallpox virus, which the WHO certified eradicated in 1979 . However, while smallpox has accompanied our species for centuries , researchers first confirmed transmission of monkeypox among humans in 1970 . Since then, this monkeypox has gained ground, although without the tragic consequences of smallpox. “The smallpox virus had a 30%, mortality rate and decimated entire populations,” says Esteban, while the monkeypox mortality rate is between 1% and 10%. According to an initial analysis  by researchers at the Carlos III Health Institute, the current outbreak seems to be caused by the less virulent variant.

“[That] cases like this occur, which are appearing in different countries, is very striking,” says virologist Mariano Esteban, of the National Centre for Biotechnology  (CNB-CSIC). However, he says the situation “is very different” from the beginning of the COVID-19 pandemic , since there are diagnostic tests, antiviral drugs such as Tecovirimat  and, especially, vaccines. However, monkeypox has for years been a neglected disease that affected Africa the most, which explains why many European countries lacked adequate means to control this outbreak.

A vaccine as in-demand as it is limited

The majority of detected cases in this outbreak “have presented with mild to moderate symptoms”  and patients generally recover after several weeks. However, to prevent the spread of the disease and to mitigate its severity, European authorities first proposed  vaccinating close contacts of a confirmed case within the first four days. In early July, the European Centre for Disease Control and Prevention recommended  also vaccinating the most at-risk groups - certain groups of men who have sex with men and health care workers.

However, this will be difficult to achieve due to the scarcity of vaccines. One of the options is Imvanex, a third-generation vaccine, which was authorised  in Europe against smallpox and, in the United States, where it is called Jynneos, is also authorised  for monkeypox. This shot has far fewer side effects than previous vaccines, which explains why Imvanex is the most coveted vaccine.

But there’s a problem: it is only manufactured by a small pharmaceutical company called Bavarian Nordic, which means there is limited availability. Germany ordered 40,000 vaccines in June and 200,000 more for delivery through the end of the year. The European Commission, through the newly created European Authority for Preparedness and Response to Health Emergencies (HERA ), purchased 163,620 emergency doses . Civio has asked EU and national authorities about the unit price they paid for Imvanex, without receiving an answer.

In Europe, the formula is similar to the one adopted with the COVID-19 pandemic  (a joint purchase  to secure the supply), although with one exception: this time the payment is via EU funds . Several EU countries told Civio they have requested vaccines from HERA, which prioritises distribution according to the impact of the virus. Thus, for example, Spain, one of the most affected countries, has already announced  receipt of 5,300 doses, almost half of the vaccines it has ordered so far.

The belated solution - the first doses arrived weeks after the outbreak began - will alleviate the lack of Imvanex vaccines in many European countries. “Vaccination against monkeypox will be limited to very specific cases, since the transmissibility and risk of the virus are not comparable to COVID,” says Stefan De Keersmaecker, spokesperson for the health area of the European Commission.

Only the Netherlands and France report having had strategic stockpiles of Imvanex vaccines prior to the outbreak. A spokesman for the Dutch Ministry of Health points out that, in 2019, when monkeypox did not seem like a direct threat, they bought 100,000 doses of Imvanex , almost as many as those now acquired by the EU. The Netherlands has since sold a small number of these vaccines to Denmark  and Spain , which had none. French authorities also confirm that their national reserve has doses of Imvanex, along with other first- and second-generation vaccines. Their availability, they explain, is part of the government’s “plan to respond to the risk of the recurrence of smallpox.”

Both countries’ strategies are similar to that of the United States, although with much smaller quantities: in 2012, the Obama administration bought twenty million doses  for its national reserve , which this year has expanded with half a million more . Risk planners have always feared that the smallpox, not monkeypox, could be used in a bioterrorist attack . These fears increased after the September 11 attacks, and rose again during one of the first large outbreaks of monkeypox outside Africa, which in 2003 caused 47 confirmed or probable cases  in the United States.

These dangers led many countries to include smallpox vaccines in their strategic stockpiles, even if they did not include later generation vaccines such as those of Imvanex. That was the case in Spain, Belgium, Poland, Portugal or Slovakia, whose reserves in some cases  include second-generation vaccines such as ACCAM 2000. In Germany and Italy, there are also stocks, but the authorities do not specify the type of vaccine. This lack of transparency is greatest in Ireland, Luxembourg, and Sweden, where the information is confidential for national security reasons.

At the other end of Europe are Bulgaria, Cyprus, the Czech Republic, Estonia, Latvia, Slovakia, and Slovenia, which report that they did not stockpile smallpox vaccines. In contrast, the World Health Organization (WHO) holds an emergency reserve of 2.4 million doses in Geneva and another 31 million vaccines stored in France, Germany, New Zealand, the United Kingdom, and the United States. Its stockpile includes Imvanex units and first- and second-generation vaccines , although, for the moment, the WHO does not know how much there is of each, says  Sylvie Brand, WHO director of preparedness for global risks of infectious origin.

This monkeypox outbreak was a surprise, but it was by no means unexpected. Public health workers feared that when smallpox was eradicated  and mass immunisation campaigns ended, similar viruses would infect people who lacked protection. In fact, an observational study  conducted in the 1980s in present-day Democratic Republic of the Congo estimated that smallpox vaccination offered 85% protection against monkeypox. However, when smallpox disappeared, the WHO recommended  countries stop immunising due to the vaccines’ side effects and the significant costs of immunisation programmes.

However, the same study also warned  that: “The average magnitude and duration of monkeypox epidemics will increase as vaccine-derived protection decreases in the population.” That first warning didn’t fall on deaf ears. Another study , published in 2012 in the journal PNAS, and a recent systematic review  in PLOS Neglected Tropical Diseases also voiced growing concern about a potential increase in cases of monkeypox. Those prophecies have finally been fulfilled.

In Europe, where most countries stopped vaccinating against monkeypox between the 1970s and 1980s, a large number of people are now vulnerable  to the virus. “The population is susceptible; most of them are under the age of 50. And that means they are a great host for the virus, with no resistance whatsoever,” says virologist Mariano Esteban. “It is the opposite of the usual case,” Faraco says, “It is a disease in which older people will be better protected than younger people.”

Data published  by the European Centre for Disease Prevention and Control (ECDC) confirm this pattern. Of the 6,776 cases analysed up to the middle of July, 89.51%% were under 50 years old. “That implies that those of us who are vaccinated against smallpox must be protected, but we don’t know that for sure yet,” Esteban explains. The reason is that the old vaccines were “very good, with significant side effects, but they eradicated smallpox,” Faraco says. Although no one has faced a real outbreak of smallpox since, health care workers hope that the vaccines will continue to provide long-lasting immunity.

Africa is, as always, the forgotten land

The outbreak caused by this forgotten virus  also offers another important lesson. For years, monkeypox seemed to affect only the African countries where it is most frequently transmitted , such as the Democratic Republic of the Congo, Nigeria or Cameroon. “It is important to help in the territories where these pathogens are found, improving prophylactic measures, looking for vaccines and effective treatments,” says Jacob Lorenzo-Morales, professor of Parasitology at the University of La Laguna and director of the University Institute of Tropical Diseases and Public Health of the Canary Islands, in statements to the Science Media Centre España .

“When it jumps to the most advanced countries it provokes a social alarm, the result of the panic of society, which thinks that viruses happen to others, that they are in the jungle or in other environments, and that we are exempt from it,” Esteban says. Since 2022, the Centres for Disease Control and Prevention in Africa has documented  1,715 cases, among suspected and confirmed patients, and 73 deaths from this virus. “Except when [an infected] traveller has left those countries, no one has cared about cases there,” Faraco says. The best strategy would be to monitor monkeypox where it remains endemic, which would help curb infections and deaths in those places, and prevent its impact on other regions, he says: “It would probably fix a lot of the outbreaks, but it hasn’t been done.”