The European Union has already achieved one of its three targets related to climate change and energy, as a part of the Europe 2020 strategy. 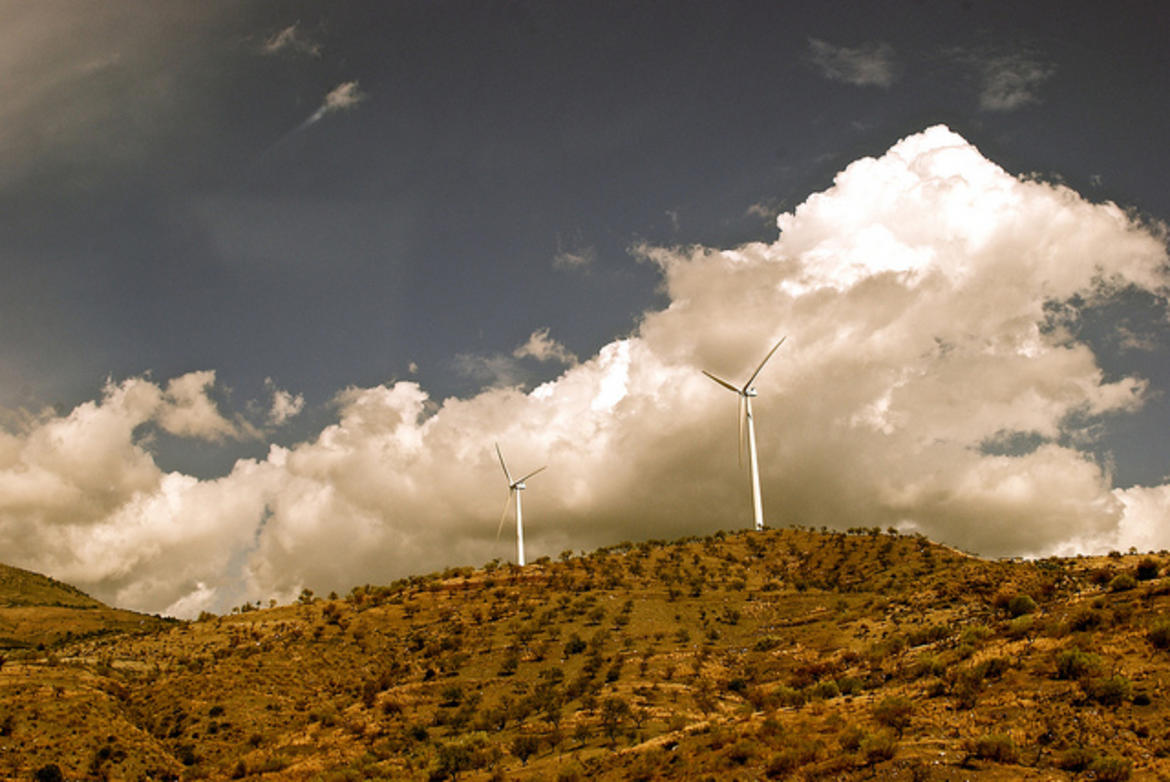 As part of the Europe 2020 strategy, the EU has set itself three climate and energy targets also known as the ‘20-20-20’ targets. These targets include a 20 percent reduction in Greenhouse Gas (GHG) emissions compared with 1990 levels, a 20 percent share of renewable energy in gross final energy consumption, and a 20 percent cut in energy consumption compared to the 2020 business-as-usual projection.

The Europe 2020 strategy is the EU’s agenda for growth and jobs for the current decade. It emphasises "smart, sustainable and inclusive growth" as a way to overcome the structural weaknesses in Europe’s economy, improve its competitiveness and productivity, and underpin a sustainable social market economy. To reach these objectives, the EU has adopted various targets to achieve by 2020 in five areas: employment, research and development, climate change and energy, education, and poverty reduction.

According to the latest (2018) report on Europe 2020, “EU GHG emissions, including emissions from international aviation and indirect CO2 emissions, were down by 22.4 percent compared with 1990 levels. EU is thus expected to exceed its Europe 2020 target of reducing GHG emissions by 20 percent by 2020.”

The main policy instruments to achieve this target are the Emissions Trading System (ETS) and the Effort Sharing Decision (ESD) .

The ETS sets a single EU-wide cap for more than 11,000 power stations and industrial plants, as well as for the emissions from flights within the European Economic Area, whereas the ESD sets a binding GHG emissions target for each member state for sectors not included in the EU ETS.

Overall, the EU is projected to achieve its target under the ESD. However, seven countries (Luxembourg, Ireland, Austria, Finland, Belgium, Germany, and Malta) will not achieve their respective targets according to the 2020 projections made by the European Environment Agency (EEA) .

As mentioned earlier, the EU is set to achieve its overall GHG target. The EEA projections indicate that it will reduce its GHG by 6 percentage points more than the 2020 target with existing measures, and by 7 percentage points in case of adoption of additional measures.

As of 2016, compared to the 1990 levels, five EU countries have actually increased their GHG emissions. The rest have reduced the GHG emissions, 13 countries already by more than 20 percent, according to the latest data available on Eurostat, the statistical office of the EU.

These data include the total emissions, including international aviation and indirect CO2, but exclude emissions from land use, land use change and forestry (LULUCF).

Lithuania (-58 percent), Latvia (-56 percent), Romania (-54 percent) and Estonia (-51 percent) are the countries with the highest GHG reductions as compared to the 1990 emission levels.

In 2016, renewable energy provided 17.0 percent of gross final energy consumption, up from 9.0 percent in 2005, according to the Eurostat data.

“Solid, liquid and gaseous biofuels still provide the largest share of total renewable energy in the EU and are used heavily in heating as well as in electricity generation and transport. For transport, renewable energy provided 7.1 percent of all energy used in 2016, up from 1.8 percent in 2005,” said the latest Europe 2020 report.

Each country has been given an individual target as a part of the target that the EU-28 is supposed to achieve (20 percent share of renewable energy in gross final energy).

Sweden has already achieved its target in spite of having the highest national target. On the other hand, Malta, Luxembourg and Belgium have the lowest targets to achieve but are still respectively 4.0, 5.6 and 4.3 percentage points away from them. Netherlands, France, Ireland and the United Kingdom are the furthest (by 8.0, 7.0, 6.5 and 5.7 percentage points respectively) away from achieving their 2020 targets.

The primary energy consumption (PEC) measures the total energy demand of a country. It covers consumption of the energy sector itself, losses during transformation (for example, from oil or gas into electricity) and distribution of energy, and the final consumption by end users.

Even though the 2020 target for FEC was reached temporarily in 2015, a subsequent rise in consumption in 2016 means an additional 2.0 percent fall is required by 2020.

Country-wise, Germany by 19.2 Mtoe and France by 15.5 Mtoe (followed by the UK, Italy and Spain) have the highest PEC as of 2016. Both of them are far away from their 2020 targets, while seventeen countries (including Italy and Spain) already have their PEC below their respective 2020 targets.

As compared to the 2005 consumption levels, only Estonia and Poland increased their PEC. All the other countries have cut down on their consumptions, with Lithuania, Greece and Malta coming out on top.