After the outbreak the coronavirus pandemic, the EU has funded the repatriation of tens of thousands of European citizens through the EU Civil Protection Mechanism. Yet not all EU governments decided to take advantage of this form of support from Brussels. 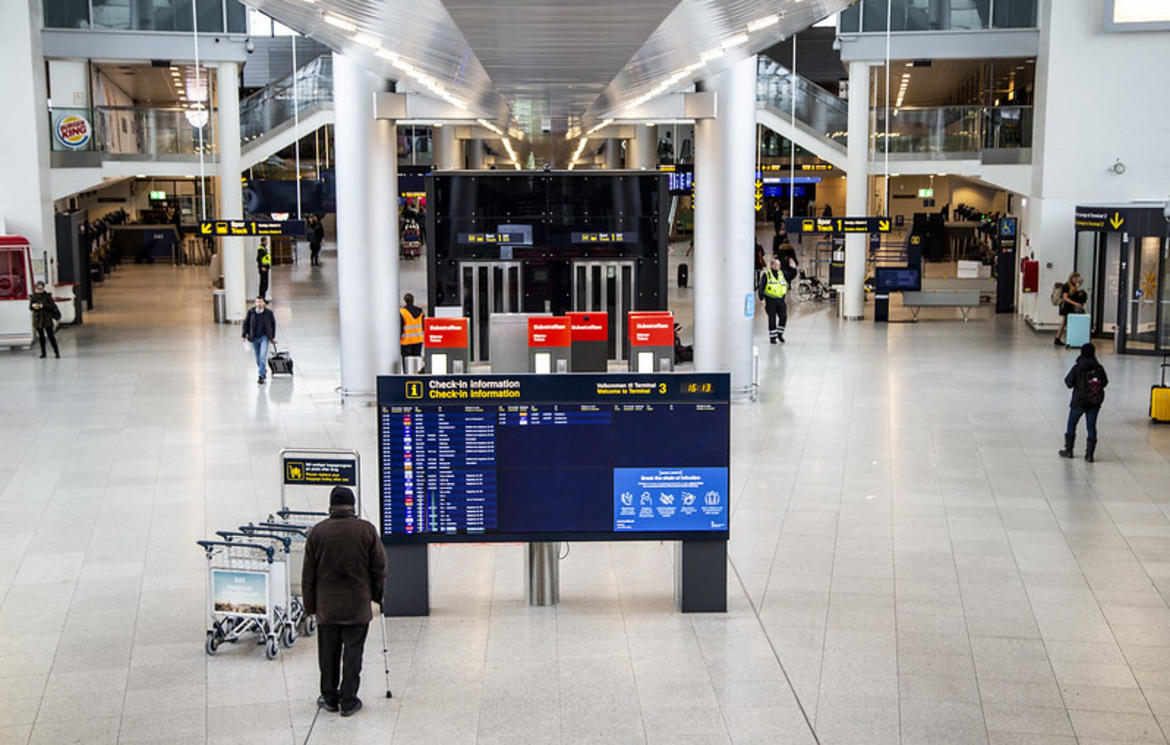 In addition to the EU member states, there are six participating countries in the EU Civil Protection Mechanism (CPM): Iceland, Norway, Serbia, Northern Macedonia, Montenegro, and Turkey. The program was set up in 2001 and since then more than 330 coordinated actions have taken place. If an emergency exceeds a country’s ability to respond, in essence the CPM is a mechanism from which it may request assistance. The CPM is a form of cooperation, best adapted to situations where a country knows what help it needs but cannot obtain it. In such cases assistance can be coordinated quickly and efficiently at EU headquarters.

Any country in the world, even the United Nations and its agencies or an NGO, can request assistance via the CPM for help. The mechanism was used in the Ebola outbreaks in West Africa (2014) and the Democratic Republic of the Congo (2018), in the aftermaths of tropical cyclone Idai in Mozambique (2019), an earthquake in Albania (2019) and forest fires in Sweden (2018), Bolivia (2019), and Greece (2019).

The coronavirus has redefined the CPM

The coronavirus pandemic is a major challenge for the Civil Protection Mechanism. In this case there is not a state or a region that needs coordinated assistance, but rather each member state desperately trying to improve its situation, looking for stocks on an otherwise empty European market, or trying to develop its own production. But whether it is masks, tests, ventilators or medications, or even medical and nursing staff, the demand far exceeds the supply.

In principle, EU coordination is important in order to get stocks to where they are needed, in line with the flattening or rising of the epidemic curve in each member state. But states tend to be reluctant to give up hard-won assets, preferring to acquire new stocks from China, making cooperation more difficult.

In this context, the benefits were mainly PR ones when Romanian and Norwegian medical teams went to Italy under the CPM, and when Austria sent 3,000 liters of disinfectant there. Ursula von der Leyen, President of the European Commission, has repeatedly spoken out to direct aid where it is most needed, and called upon the member states “not to stockpile of medicines, to restrict online shopping, and not to order an export ban”.

Hungary has decided to the contrary twice. First, an export ban was imposed on chloroquine and its derivatives (which are also being tested for vaccines), and there was later another one on antibiotics, painkillers and sleeping pills .

In particular, the Emergency Response Coordination Centre (ERCC) has undertaken the largest operation in its history, that of repatriating Europeans from other countries. The system is relatively simple. One state decides to charter a plane back home from a non-EU country where otherwise this would be difficult or impossible. Typically half of the passengers are citizens of the country and the rest of the seats are filled with as many EU citizens as possible as a form of solidarity.

It takes a day or two to organize such a flight, meaning much coordination work was involved. And there were not just one or two planes, but by May 8, 269 such flights had departed, carrying more than 66,000 people.

We collected relevant data from all flights based on the information from the European Commission so as to provide accurate information on which countries chartered how many flights and when, the number of passengers and their nationality, and whether non-EU citizens were on board too. It became clear which countries made most use of this opportunity, and which countries did not organize a flight, many preferring to request a lift on the departure plane.

The very first plane was launched by France on January 31 with 180 passengers – not surprisingly, from the starting point of the epidemic, Wuhan, China. Two days later, another French flight arrived from Wuhan, on which there were Hungarians. Seven left the city under quarantine.

A total of 18 EU member states (Ireland, Portugal, Spain, Luxembourg, Belgium, France, Germany, Lithuania, the Czech Republic, Sweden, Latvia, Italy, Finland, Austria, Denmark, Hungary, the Netherlands, and Slovakia) have chartered aircraft. Most flights (156 so far) have been organized by Germany, followed by France (25), Spain (15), Czechia (surprisingly many, 13), Belgium (13), and Austria (10). More than 32,000 German citizens have returned home in this way, followed by the French with nearly 6000.

Logical correlations were observed in the organization of the trips. For example, the Dutch chartered only five flights as part of this cooperation, but used Belgian or German planes. Hungarians and Slovaks usually arrived in Prague on Czech flights and got home easier from there. Most of them wanted to return from the Far East, India, Indonesia and Malaysia as soon as possible, and many planes also arrived from Southern Africa, Namibia, and South America including Peru.

There were also genuine air bridges: Germany chartered five flights from Denpasar, Indonesia, and seven from Windhoek, Namibia, at the end of March. Between 3 and 11 April nine aircraft came from Auckland and Christchurch, in New Zealand; and between 22 March and 6 April another nine German planes were chartered from Costa Rica.

EU Commissioner for Crisis Management Janez Lenarčič sent a letter to all member states on 31 March, reminding them that the CPM remained available and asking governments to make use of it. During this period in Hungary the government was involved in a spat with the opposition. The government claimed that the EU was offering no help in fighting the epidemic and its effects. Among other things, the opposition mentioned the CPM mechanism as a tangible opportunity that should be seized. They claimed that Hungary is receiving EU money for the fight against the coronavirus, whereas according to the government this is a lie. We have looked into the issue and found that the reality, as usual, is more complicated than the slogans.

At an online press conference on 3 April, Foreign Minister Péter Szijjártó recalled Lenarčič’s letter as follows: “Earlier this week, we received a letter that Brussels is putting in place some kind of support mechanism, but the vast majority of European countries have been bringing their citizens home from around the world for almost a month now, and so are we, so this coordination attempt is somewhat late.”

Three days later, on April 6, Péter Szijjártó commented in a Facebook post with slightly different content but similar criticism when he wrote: “On 31 March, a letter was received from the European Commissioner for Crisis, informing us that, under very serious conditions, even reimbursement could be made on the return flights. So it took the European Commission a month to switch: many hundreds of EU citizens are stuck abroad and waiting for help to get home.”

According to the foreign minister this was a new initiative. However, the EU had already provided an opportunity to partake in the program (as we have seen, the planes have been in operation since the end of January), and the CPM itself is almost twenty years old. The "very serious conditions" imply that citizens of other countries were to have been brought home, just as others brought Hungarians home.

The Hungarian authorities brought thousands of Hungarian citizens home, mainly with Wizzair's planes or special flights, without recourse to the EU reimbursement option. Of course, that would have required citizens of other states to travel on the planes as well. Among those repatriated was Balázs Dzsudzsák , the captain of the Hungarian national football team, who traveled on a special plane with a diplomatic passport.

Then on April 17, the government changed its approach. The Hungarian government chartered a flight from Phnom Penh, the capital of Cambodia, and submitted its invoice to Brussels. This flight was interesting in itself: usually, such flights are large passenger planes with hundreds of people on board, but there were only ten passengers on board the Hungarian plane – five Hungarians, four Slovenians, and one Slovak.

On May 7, a Wizzair plane also landed, bringing Hungarian and other Central European passengers back from New York, Miami, Toronto and Reykjavik. All this appeared on Péter Szijjártó's Facebook page, where the foreign minister explained that, “in the framework of Central European cooperation, we also brought home twenty-one Slovak, four Czech, four Slovenian and two Austrian citizens.” This flight also appeared in the EU figures, meaning that it was not just Central European cooperation, but an EU cooperation, where three-quarters of the costs are paid by the EU. (There was also an American citizen on the plane.)

Notwithstanding the previous examples, Hungary has preferred bilateral agreements to the EU air bridge. One of the many examples of this was the return of most of the Hungarian military contingent serving in Mali. At dawn on 15 April, a Belgian air force plane landed at a military airport near Brussels with 15 Hungarian soldiers and three civilians aboard. There were 87 passengers from 14 countries on board, including Belgians, Americans, Germans, Spaniards, and Slovenes. Ambassador Tamás Iván Kovács welcomed the Hungarians and expressed his thanks for the help of the Belgian government.