The 21 March local elections showed once again how out of touch mainstream media and politicians are, writes populism expert Cas Mudde. 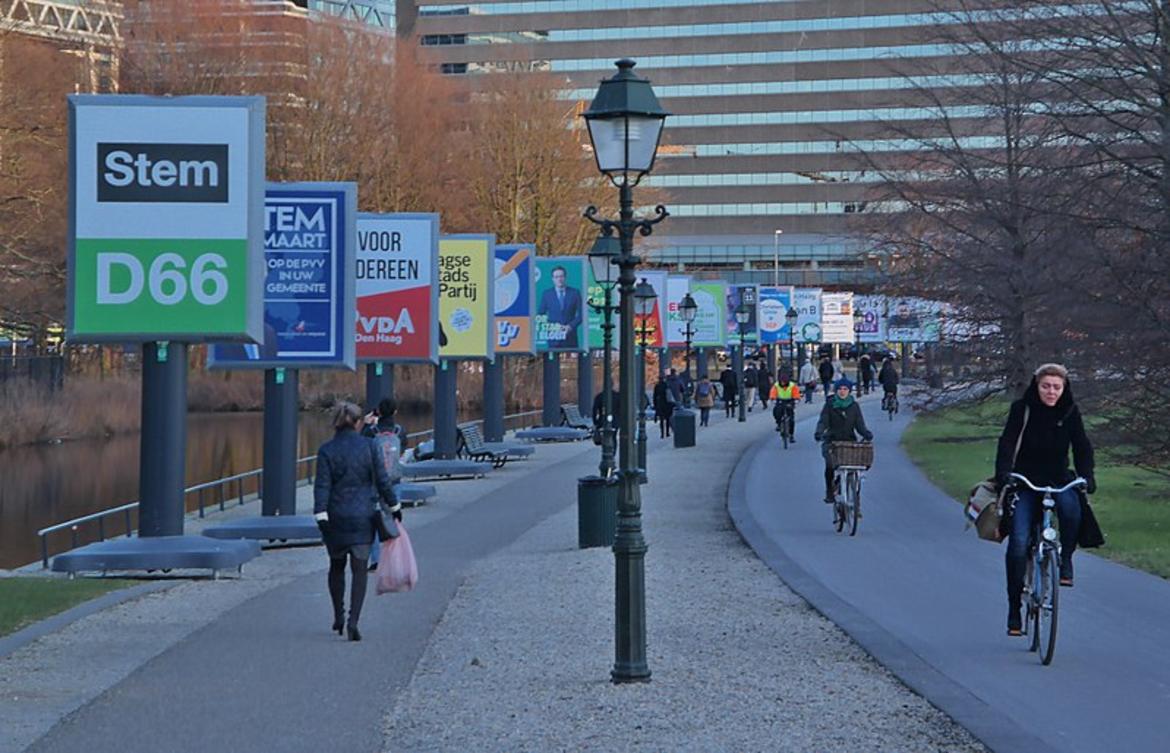 Pim Fortuyn, the flamboyant pink populist, would never get to see his political legacy. He was killed in cold blood in May 2002, just nine days before his party, the List Pim Fortuyn (LPF), gained a record score for a new party and directly entered into a right-wing coalition government. While the coalition imploded after 89 days, and the party within six years, both because of infighting within the LPF, the ghost of Fortuyn still hovers over Dutch politics. Almost every election since its breakthrough has been about “the LPF voter” and the local elections of 21 March were no exception.

In Amsterdam the formerly centrist Christian Democrats campaigned on a strong authoritarian program, which in the post-Fortuyn era always has a nativist dimension, while the city of Rotterdam organized an “Islam debate”, in which, predictably, Geert Wilders’ Party for Freedom (PVV) and the “Turkish party” DENK clashed, to the delight of local and national media.

In the run-up to the local elections, the Dutch media obsessively focused on the newest kid on the right-wing populist block, the Forum for Democracy (FvD), of the self-acclaimed “biggest intellectual of the Netherlands”, Thierry Baudet, even though that party only competed in one city, Amsterdam – in Rotterdam the FvD entered into an alliance with the biggest party in the city, Leefbaar Rotterdam (Liveable Rotterdam), the only remaining party of Fortuyn. International media didn’t stay far behind, with the online magazine Foreign Policy even proclaiming “The New Dutch Disease Is White Nationalism” (admittedly, the piece was written by a Dutchman).

Not surprising, then, that the first international responses to the preliminary results focused on the FvD. Based on the first exit polls, Reuters released a short story entitled “New Nationalist Party Takes Two Seats In Amsterdam”. It will probably be three seats, as much as DENK and the Party for Animals (PVDD), out of a total of 45! In fact, the roughly six percent of the vote makes it the eight largest party in the capital and amounts to just over one-third of what the party polls nationally these days.

How to read this map:

Another legacy of Fortuyn is that “his” city of Rotterdam has taken center stage in Dutch (local) politics in the 21st century. “Brawlers Leefbaar and DENK dominate electoral struggle in Rotterdam”, Dutch public broadcaster NOS proclaimed with clear delight. However, the two parties, which crossed swords over issues like “Islam” and “non-western stores” in nationally televised debates, together accounted for less than one quarter of all votes in the second city of the Netherlands.

But the biggest story of the local elections did not take place in the main cities, but in provincial towns and municipalities, where local parties were by far the biggest winners of the night. Unlike many other countries, the Netherlands does not have a strong tradition of local politics. For most of the 20th century national parties dominated local politics.

Whether the rise of local parties is mainly a signal of disillusion with national parties, as the popular interpretation has it, or rather evidence of the emergence of true local politics, as many of its leaders claim, remains to be seen. The parties are too diverse to draw strong conclusions – some, like the Group de Mos, the biggest party in The Hague, are splits from national parties (in this case the Party for Freedom of Geert Wilders), others, like most under the generic moniker “Gemeente Belangen” (Municipality Interests), are truly local parties.

The second biggest story did take place in the cities and was the success of GreenLeft (GL), which became the biggest party in many cities, including in two of the four biggest cities of the Netherlands, Amsterdam and Utrecht. Its (new) support is undoubtedly in part also a protest vote, as it is the only major party that has never governed at the national level, but GreenLeft is also the biggest anti-white nationalism party. It primarily campaigned on a positive agenda, in direct opposition to the (radical) right message of doom and gloom, calling for a time in which “hope wins over fear, renewal over the status quo, and honest sharing over egoism”.

In essence, the local elections show once again how out of touch mainstream media and politicians are. Still traumatized by the Fortuyn shock, they are overcompensating their previous neglect of the so-called “silent majority” by catering exclusively to what really is a very loud minority. From the socialist SP on the left to Premier Marc Rutte’s conservative VVD on the right, parties and politicians obsess over immigration, Islam and security, even though these issues are only top priorities among the electorate of the radical right parties.

It is high time that journalists and politicians stop treating the radical right electorate as the whole population and start to address all issues that concern all Dutch citizens. While this does include immigration and security, at least as important are much-less discussed issues like education, health care, housing and unemployment.

All these issues should receive significant media coverage and should be debated in a constructive manner, rather than in an intentionally polarized setting. While the media consistently argues that “the angry people” are ready to take out their pitchforks to attack “the elite”, a recent study found that, while the majority of the Dutch population thinks that the country is moving in the wrong direction, only four percent (!) is “really angry”.

Almost two decades of pandering to the angry minority has neither made them less angry nor the broader population more satisfied. The radical right voter still believe their issues are ignored, or at least not dealt with radically enough, while the other voters feel that their issues are now ignored too.

It is high time that political parties start to address again the concerns of the real silent majority, most notably the declining welfare state, the rising economic inequality, and the general lack of a positive agenda for the future. Let this be the lesson of the Dutch local elections, for the journalists and politicians in the Netherlands and other western democracies held hostage by a loud minority.