An interview with Alessio Scandurra, director of the European Prison Observatory, to understand the impact of the pandemic on European prisons, in terms of both healthcare and opportunities for inmates. 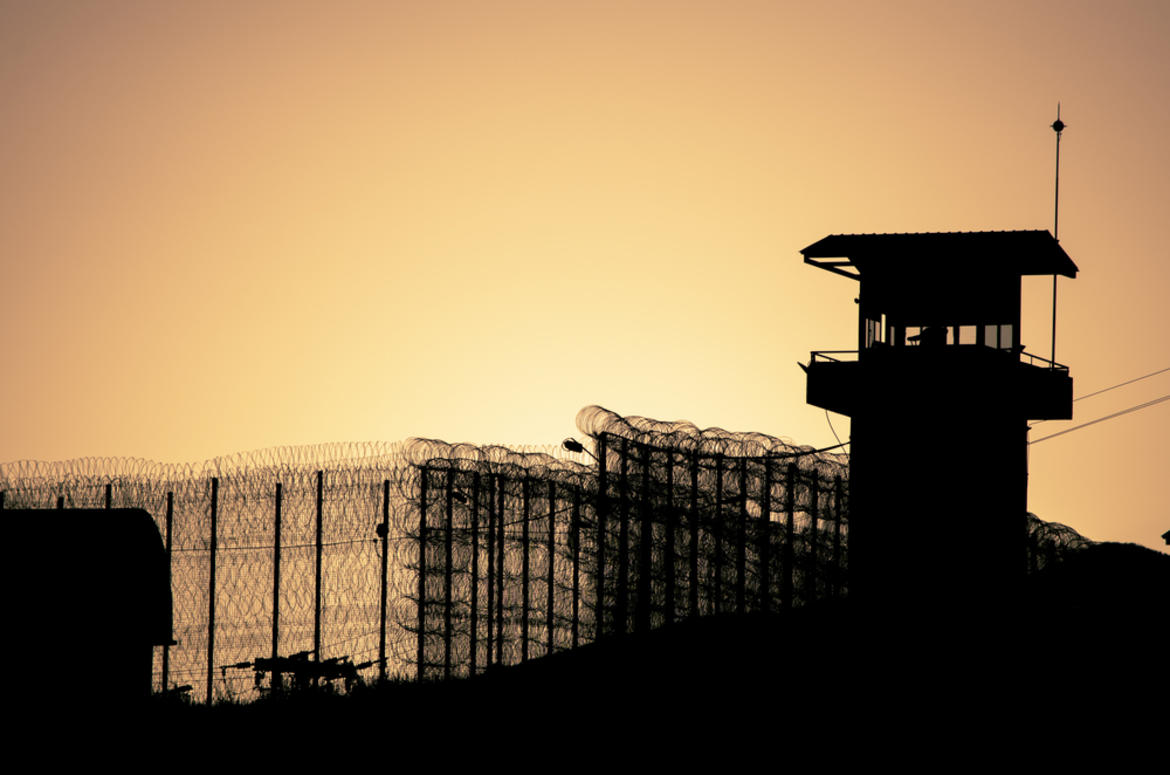 This interview is part of EDJNet's collaborative investigation on the impact of Covid-19 on prisons in Europe.

Alessio Scandurra directs the European Prison Observatory , a European network of civil society organisations engaged in monitoring and protecting the rights of detainees. The network is coordinated by the Italian association Antigone , of which Scandurra is a member. We interviewed him as part of the collaborative investigation on the impact of Covid-19 on prisons in Europe that we carried out together with the partners of EDJNet.

What have you observed about what has happened inside prisons in these two years? What have been the most remarkable trends on a European scale?

Everywhere in Europe, prison has been very quick to close at the first threat, while reopening is very slow and challenging, especially in some countries.

What impacted the most everywhere was the suspension of visits with family members. In some cases, telephone communications were charged to families and prisoners; in others, facilities lacked the IT infrastructure for video calls. Hungary is the country where the suspension of contacts with family members lasted the longest, and among other things, there was no compensatory measure.

In Italy, telephone calls were increased and a video calling system was activated almost immediately. It was a huge change, given that this service did not exist before and the level of access of the prisoners to the Internet was practically nil.

The closure of prisons led to the suspension of almost all relations with the outside world, not only with families. What has been the impact on the activities and services available to the detainees, and what is the situation now?

Civil society is an important part of prison everywhere. In Italy and elsewhere, as fewer organisations entered, services also decreased: volunteering stopped, vocational training stopped, there was hardly any school in presence. However, it must be borne in mind that even under normal conditions only a part of the population in prison in Europe benefits from initiatives and activities, so a closed prison is a fairly common condition for many.

Other services have been downsized or suspended because the pandemic has eaten up a lot of space: you have to create ad hoc sections for isolation, ad hoc sections for positive inmates, and so on – but in prison finding spaces is much more difficult than elsewhere. And you must always be ready for everything to change within a few days.

Some of the civil society organisations that remained outside the prison are also responsible for monitoring respect for the rights of prisoners, including those that are part of the European Prison Observatory. Have you been able to carry on with your work?

The independent organisations that monitor the situation in prison in different European countries are very heterogeneous. Some are large and authoritative realities, and for this reason they managed to return to prison before many others. We at Antigone resumed entering in September 2020, at that stage we were the only outsiders allowed, together with the doctors of the local healthcare agencies.

It is normal that in a moment of crisis like this many activities have been suspended; it was a choice that helped prevent even greater problems. But in times like these it is particularly important to guarantee a minimum of transparency and access to outside observers, because when there are additional elements of tension, violence can explode in the worst possible way, as we have seen with the riots and beatings that occurred in Italy at the beginning of the first wave.

Has something similar happened in other countries?

I have heard of very few protests – and of very limited dimensions – in some European countries at the beginning of the pandemic: in Romania, in Greece, in France. To date I have not heard of any violence comparable to the Italian ones, neither in the protests nor in the reaction.

I have yet to hear a convincing explanation of the Italian exception, much remains to be understood. Instead, it is easier to understand why the violence did not take place in some Italian prisons. Where there was an effort of preparation and explanation, when the talks were suspended, the situation remained manageable.

Working on data on Covid-19 cases in European prisons, we have encountered a great lack of homogeneity in the quantity and quality of information shared by each state. Also from this point of view greater transparency would be important, wouldn't it?

True, there are some European countries that are very good at producing and updating figures, such as the United Kingdom, and countries where this is much more difficult, such as Portugal or Greece. With the pandemic, this disparity has reappeared, also because in part the same infrastructures, methodologies, and operators are used to collect data.

In some places, a special effort was made, recognising the extraordinary nature of the moment, while in other countries the premise was perhaps the opposite: namely, that not everyone should know the situation inside the prison. Perhaps very high levels of contagion were feared and there was fear of making it known to the outside world.

In Italy, at a certain point, a weekly dissemination of data on the progress of the pandemic within prisons began, but it was only a national aggregate. While it has gone well on average, there have been major problems in some institutions – and you don't get this from an aggregate figure.

More generally, what has been the impact of the pandemic on the prisoners' right to healthcare, for example in terms of access to treatment?

All over the world, the prison population is a population with a high demand for healthcare, because it generally has a variety of health problems. One of the most delicate issues of these pandemic years is precisely the way in which everything that was not coronavirus was managed.

Everywhere in Europe, access to care for prisoners has greatly decreased: fewer doctors were available and they entered prison less often, while prisoners left very little. And then it happened that the hospital wards that the prisons relied on were converted into Covid wards, as happened in northern Italy – and therefore all the pre-existing organisation was blown up.

Looking ahead, what could be the main legacies of Covid-19 on the criminal system in Europe? Given the releases that occurred during the first wave, could we imagine a greater use of alternative penalties in the future?

Italy has been particularly reactive from the point of view of release from prison, while in many European countries not a single person has been released. Some countries have instead focused on a reduction in admissions – a solution that perhaps affects public opinion less. I do not think, however, that this will entail a paradigm shift in the long term, also because, for example, in Italy the system of alternative measures is already solid.

On the other hand, a change that could have a lasting impact is the increasing digitisation of processes: remote hearings, remote access to files, and so on. In many countries, an investment in infrastructure and training has been made due to Covid-19, and at least part of these progress could remain even after the emergency.

Digitisation has also affected other areas of the criminal system, including the possibility of Internet access for prisoners. Can any lasting changes be imagined from this point of view?

I hope that the reopening of the prison also means opening up to new technologies, to remote connection. We in Italy were also quite proud of the amount of people who entered prisons every morning – but now it is not enough for us to go back to the pre-pandemic situation.

For example, until yesterday we took it for granted that if they arrest me I have to stop working – but thanks to teleworking today this is no longer so obvious, at least for some types of work. Allowing people to maintain their employment relationship would be a major and, we've learned, even elementary change – you don't need extraordinary resources.

It seems obvious that the prison is the place of remote work, remote training, remote medicine. It is the natural home of these things. It seemed impossible, but now we have empirical evidence that it is not.

Today the legislation simply says that these things can be done, but it doesn't say much else – so it would allow some institution directors to make great strides. The standards of the entire prison system could be significantly raised. Among other things, there is now also the money to do it: in the Recovery and Resilience Plans a significant share is allocated for new technologies, funds are also available to the European ministries of Justice.