Asylum seekers appealing returns must get own travel documents

People refused asylum in Europe may be asked to get their own travel documents at embassies even during appeal, posing risks to themselves and their families. 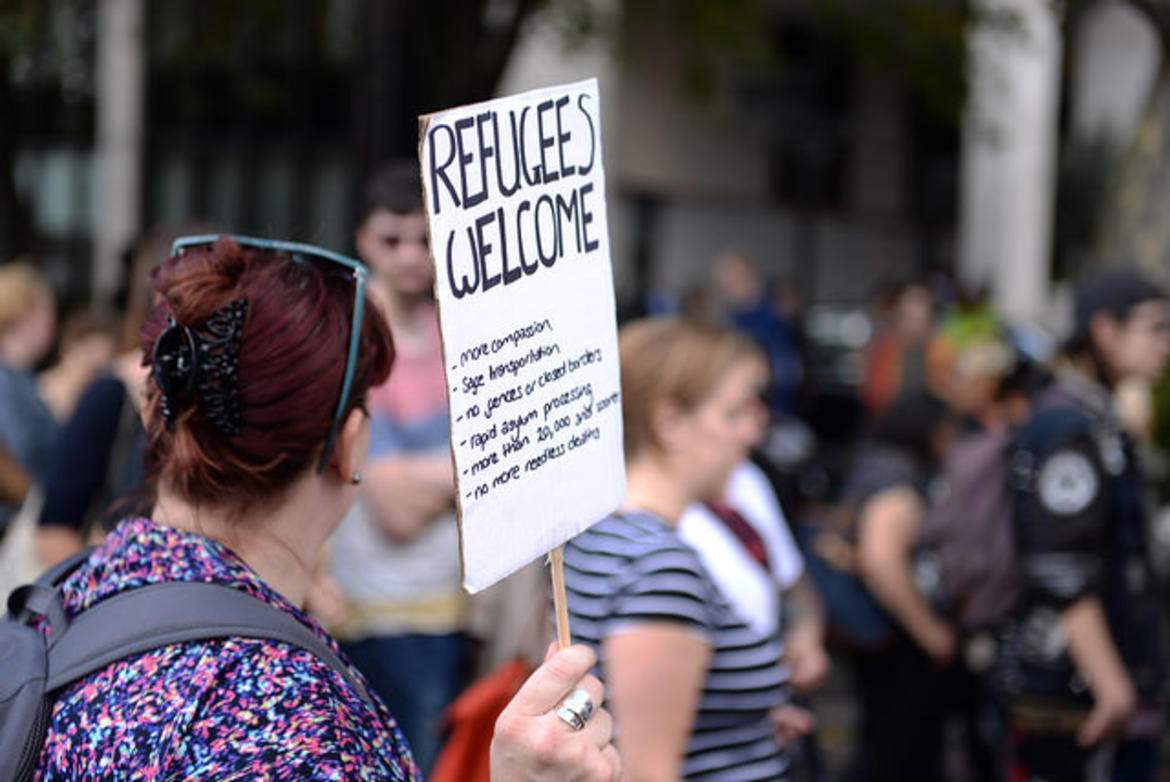 People refused asylum in Europe may be asked to get their own travel documents at embassies even during appeal, posing risks to themselves and their families. The proposal follows a revision of the EU's directive on returns, announced in September by the European Commission as part of a broader effort to remove failed asylum seekers.

Jean-Claude Juncker, the European Commission president, had said effective return rates needed to be increased, given that most people told to leave actually remain behind in Europe. But many are unable to return because their home countries refuse to recognise or accept their status as nationals. An EU summit of heads of state and government in October said they would use development aid and visas as leverage to get countries to accept more returns.

The proposed revamp includes speeding up the decision-making process, placing more people in detention centres, and forcing rejected asylum seekers to secure their own identity and travel documents. Such moves have roused alarm among human right defenders and the European Parliament's lead MEP on the file, Dutch Green Judith Sargentini.

Claire Rimmer Quaid, a senior policy officer at the Brussels-based European Council on Refugees and Exiles (ECRE), made similar comments. She said the Commission's latest proposals requires those who have been issued a 'return' decision to cooperate, which includes a duty to lodge to the competent authorities a request for travel documents. "There could be a situation whereby an individual is appealing a rejection of their application for asylum at the same time as a return decision," she said, in an email.

A Commission spokesperson said there is no contradiction or tension between the right to lodge an appeal and the obligation to cooperate. They say a person is obliged to provide real and reliable information for identification and to establish the individual circumstances of the case.

Given that the latest reforms also includes proposals to speed up the entire asylum application process, it is likely many more people will seek an appeal. One study by the EU's asylum support agency (EASO) found that 90 percent of rushed applications resulted in a negative decision.

To keep people from disappearing after receiving a negative decision, the Commission's latest proposal now includes measures that would all but guarantee their detention, possibly up to almost two years. "You are allowed to detain somebody for up to six months but that can be extended up to 18 months and the four months at the border is in addition to that," said Quaid.

For her part, Sargentini said the Commission's criteria for detaining someone are too broad, noting it includes anyone who entered a territory without the proper paperwork or has no money. "This checklist is full of proposals that makes everybody that has an asylum claim turned down vulnerable for locking up to be deported," she said.

EU elections in May

Meanwhile, the Commission wants an agreement reached on the return directive before the European elections next May. But that prospect appears unlikely. The EU has been trying for the past two years to reform the EU-wide asylum system and has failed. The return directive revamp is tied to those EU-wide reforms, meaning it won't be implemented until all other issues are sorted. Sargentini has also said she will not rush the file and may possibly launch a so-called impact assessment to see if the reforms are needed in the first place.

She said one of the big problems is that EU states are not implementing existing rules on returns, while others are refusing to invest in return programmes. "I don't want to be rushed into legislation that is simply there to give member states the idea that they can lock people up without actually knowing whether they can effectively return them," she said. She will be meeting the European Commission later this week. EU states at the expert level are also set to discuss the reforms on 9 November.