The Irish Sea, a new frontier

The introduction of customs and regulatory controls in the Irish Sea, provided for in the latest UK withdrawal agreement, would make Northern Ireland a very special economic area. 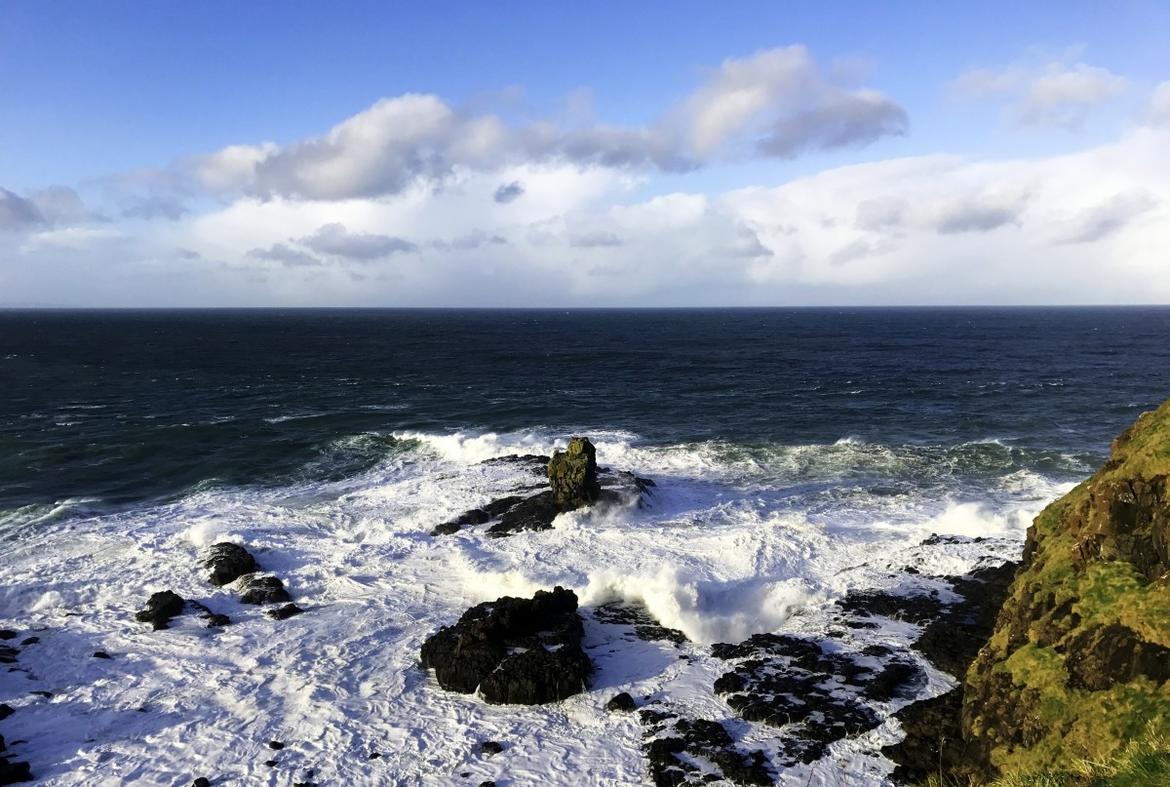 Not quite in the European Union, not quite in the United Kingdom. This is the fate awaiting Northern Ireland if the exit agreement negotiated by Boris Johnson with Brussels is ratified by both parties by 31 January, the deadline of the third Brexit postponement.

Compliance with the Good Friday agreements – which ended thirty years of bloody conflict between Irish nationalists and Northern Irish unionist armed groups in 1998 – is a sine-qua-non condition of any deal between London and Brussels. In other words, it is imperative not to re-establish a physical border between the north and south of the island of Ireland.

To this end, the agreement negotiated by Theresa May provided for the establishment of a backstop. This interim mechanism was intended to ensure an open Irish land border until British and European negotiators reached agreement on the issue. But Boris Johnson opposed it, in particular because the backstop involved keeping Northern Ireland in the customs union and the European single market for an indefinite period, thus preventing the UK from concluding free-trade agreements with the rest of the world.

A new and imaginative solution was therefore developed in the draft agreement obtained in extremis by Boris Johnson in mid-October. It moves border controls (sanitary and phytosanitary regulations, and customs) from the land border between the Republic of Ireland and Northern Ireland to the border between Great Britain (England, Scotland and Wales) and Northern Ireland. That is, controls are to be carried out in the Irish Sea.

A Trojan horse in the single market?

With regard to regulatory controls, all British goods entering Northern Ireland will have to comply with European standards in order to preserve the integrity of the single market and avoid "Trojan horses", i.e. the entry into Europe of goods that do not comply with European standards – such as American chlorinated chickens – via Northern Ireland.

The levying of customs duties will require a little subtlety. Goods destined for Northern Ireland's domestic consumption will be exempt, since the province is part of the British market. As for goods defined as "at risk of re-export" to the European Union, they will have to pay European customs duties.

And that's where the puzzle begins. How do we know which types of goods might only be passing through Northern Ireland before heading straight for the mainland? These criteria will have to be defined during the transition period and will take into account, as specified by the European Commission, "aspects such as the final destination of the goods, their value, and the risks of smuggling".

Increased vigilance will therefore be required on goods for which the United Kingdom has successfully negotiated customs tariffs with third countries. Import-export businesses could take advantage of Northern Ireland's hybrid status to escape European customs duties, thus practising a form of dumping. Whether or not these situations increase will depend on the negotiating ability of the "Global Britain" freed from the EU's shackles, which the British Conservatives dream of.

"We have no history to help us assess these re-export risks. In theory they will be low in the many sectors where European customs duties are zero and higher in those where customs duties are higher, such as cars or agriculture," explains Vincent Vicard, economist at Cepii. Proponents of this solution of controls in the Irish Sea also argue that it is easy to predict the domestic consumption of a small economy of less than 2 million inhabitants (and representing only 1 per cent of EU trade).

Despite its relative complexity, the European Commission has therefore welcomed the fact that the agreement respects the two red lines it had set, namely that it "fully protects the integrity of the single market and the EU customs union and avoids any regulatory and customs control at the border between Ireland and Northern Ireland". But at what price for the latter? "The territory will be a special economic zone, both a member of the British and European market. But in both cases, there will also be access restrictions," says Vincent Vicard. Not surprisingly, this solution earned Boris Johnson the wrath of Northern Ireland’s Democratic Unionist Party (DUP), which accused him of sacrificing the province in an attempt to obtain the "do or die" Brexit to which he had committed himself.

Threats to the Northern Irish economy

"The carrying out of customs checks for all goods from Great Britain is likely to be a burden for Northern Irish companies, particularly SMEs", says Vincent Vicard. “More broadly, Northern Ireland will have higher barriers to its commerce and will therefore have more difficulty in trading and obtaining goods at a reasonable price”, he adds. The “imports" from Great Britain account for more than half of Northern Ireland's external purchases (£13 billion out of £20 billion in 2017), according to the latest figures from the Northern Ireland Statistical Agency (NISRA).

In Belfast, the local section of the Confederation of British Industry considers that "by the cascade effect, Brexit would harm business investment, productivity, competitiveness and Northern Ireland's trade relations". That is why the president of this employers' organization called at the end of October for an "urgent clarification " of how London intended to preserve the province's place in the British internal market.

What if Northern Ireland took the opportunity to turn more to the neighboring Republic of Ireland? "Since the signing of the Good Friday agreement, economic exchanges on the island have developed, but we are still far from the reunification that some are beginning to talk of", says Thibaud Harrois, lecturer in British civilization at the Sorbonne-Nouvelle. While Northern Ireland's dependence on the British market has decreased over time, it remains of critical importance.

The border issue could reappear

Another lingering question: "Today, Northern Ireland is aligned with European standards just like the rest of the United Kingdom, but there is no guarantee that this will remain the case in the future and that the British will not choose to move away from those standards", points out Thibaud Harrois. Given the British government's apparent objective of trade deregulation, such a hypothesis would therefore bring the risk of a restored land border between the two parts of the island of Ireland in a few years' time.

The scenario demonstrates how the whole issue is still far from being resolved. "In the event that the United Kingdom decided to move away from EU standards, British companies might be forced to set up dual production lines: one with lower British standards, and one with European standards to serve the Northern Irish market", speculates Vincent Vicard.

The early British parliamentary elections on 12 December will be crucial in clarifying the future of the province. "If the Conservatives or the Brexit Party [of Nigel Farage] come out stronger, a no-deal Brexit is still possible. If they lose their majority, Labour will surely seek to renegotiate the agreement to get closer to the European Union and obtain a softer exit, or even propose a new referendum", concludes Thibaud Harrois. In Northern Ireland, as in the rest of the country, uncertainty remains the order of the day.