In Europe, too, equality starts at the kindergarten

Crèche or grandparents? Forms of daycare vary between countries, with major implications for equality. 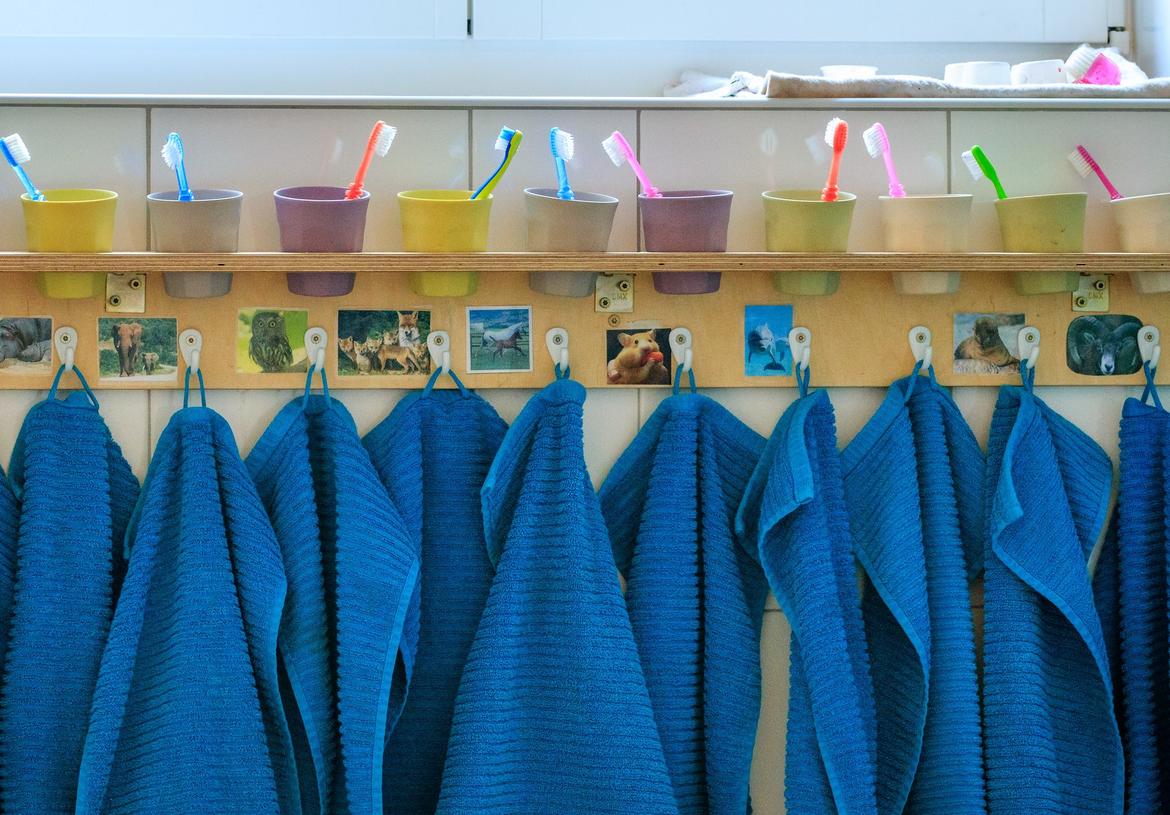 Investing in early childhood is good for society as a whole. This is the mantra repeated since the early 2000s by the European institutions, inspired by a scientific consensus on the issue. Provision of places for young children in either early-learning centres (crèches, kindergartens) or preschool is supposed to have at least three virtues.

First, such policies help gender equality by freeing women from the parental duties which generally still fall to them. Similarly, they are an effective weapon in the fight against poverty, in that they allow women – in particular less qualified ones – to avoid leaving the labour market and to pursue better careers.

Lastly, early-childhood investment can reduce both inequality and underperformance in schooling. Daycare and preschool services are understood to promote the development of cognitive capacities, personal expression and self-confidence in children, which helps prepare them for school. Reducing educational underachievement means reducing problems on the labour market and the corresponding risk of adult poverty.

Triply beneficial, such early-childhood policies are often presented as a form of "social investment": even if costly, they can turn out to be "profitable" by forestalling social ills (school dropping-out, women's poverty, unemployment, crime) rather than leaving them to be dealt with once arisen, which can turn out to be more costly, in the end.

In the same way, by allowing women to lead careers and so to increase their lifelong income, the state can claw back its investment by means of increased revenues (more social-security contributions and income tax receipts).

Despite all this, the latest figures show much variation between European countries. This is especially true for early-childhood care, with a rate of provision for 0-2 year-olds which varies from 5% to 65%. The figures do not show the relative weights of collective daycare (creches, for example) and the individual alternative (nurses). This despite the fact that only collective daycare is truly encouraged, being the option most suited to developing children's educational capacities, especially in the case of the least privileged.

Also noteworthy is that in most countries access to such services is unequal: better-off children are always more represented, except in a few countries such as Denmark, Sweden and Slovenia. Concerning 3-5 year-olds in school programs (pre-primary or primary), variations are less pronounced but remain significant. For example, in France all 3-5 year-olds are in school whereas in Greece the figure is less than half.

A chronological study confirms that European countries have, in general, increased their attention to early childhood but that this increase has been unequal. Comparing the share of GDP allocated in 2000 and 2013 to formal daycare (outside family and relatives) and to preschool (before 6 years old) it is notable that the countries which have increased this figure by 1.5 are all in Northern Europe. Moreover, some of them were already among the continent's best performing. The graphs also show that these improvement efforts faltered after 2008, doubtless a sign that early-childhood policies have suffered from the financial crisis which began then.

The Europe of early-childhood policy is thus far from united. In 2013 the proportion of national wealth (measured by GDP) allocated to it varies by a factor of around threefold. As so often in matters of the family, a Northern Europe investing deeply in public and universal provision can be contrasted with a Southern and Central Europe where arrangements remain more traditional.

The degree of early-childhood investments thus seems largely to adhere to the different natures of European social models, but not uniquely. A recent study comparing the changing provision of crèche places in France and Germany since 2006 shows much more dynamism in Germany. This is firstly the result of growing awareness that leaving daycare to women creates problems in the labour market (a high rate of part-time work for women) and a low birth rate (1.35 children per woman in the early 2000s). Taken together with the poor results of German school pupils in the 2001 Pisa tests, this awareness has led to a major movement towards the provision of crèches.

France is comparatively better placed in terms of fertility and women's labour-market participation, and offers better provision due to a highly developed individual sector (nurses). France has been late to recognize the inequalities created by its educational model, and the role that investment in collective provision can play in their prevention.

Above all the authors insist on the differences in factors of governance between these two countries. In Germany the financing and the administrative environment for projects to create or extend crèches has been made as simple as possible. Above all an enforceable right to daycare for children (from 1 year old) was introduced in 2013. It imposes compensation payments by local authorities to parents who are unable to obtain a place. This has created a direct incentive to respond to the needs and desires of ordinary people, generally focused on collective daycare.

In contrast the French the model appears dispersed, with numerous different players acting with neither coordination nor a binding objective. The drop in collective-daycare coverage between 2006 and 2014, for example, can be explained by the fact that the creation of crèche places (a responsibility of local authorities) was more than equalled by the significant fall, during the same period, of the number of 2 year-olds in schooling, which in turn was a consequence of decisions by the ministry of education.

Institutional factors are thus a major factor in both the expansion and effectiveness of early-childhood policies. The best-performing systems are most often unified ones, with children moving along a coordinated path from birth to 6 years old. Apart from Germany, already mentioned, only seven countries have introduced a legal right to early-childhood daycare: Norway, Sweden, Finland, Denmark, Estonia, Slovenia and Malta. Beyond the financial investment that it represents, the development of early-childhood daycare and schooling implies determined political choices. Ones that many European countries are still far from ready to make.