Free trade as a scapesheep

Romania has emerged as one of the targets of dairy farmers' protests in Sardinia. But the figures show that Romanian exports are not to blame for the sheep milk crisis. 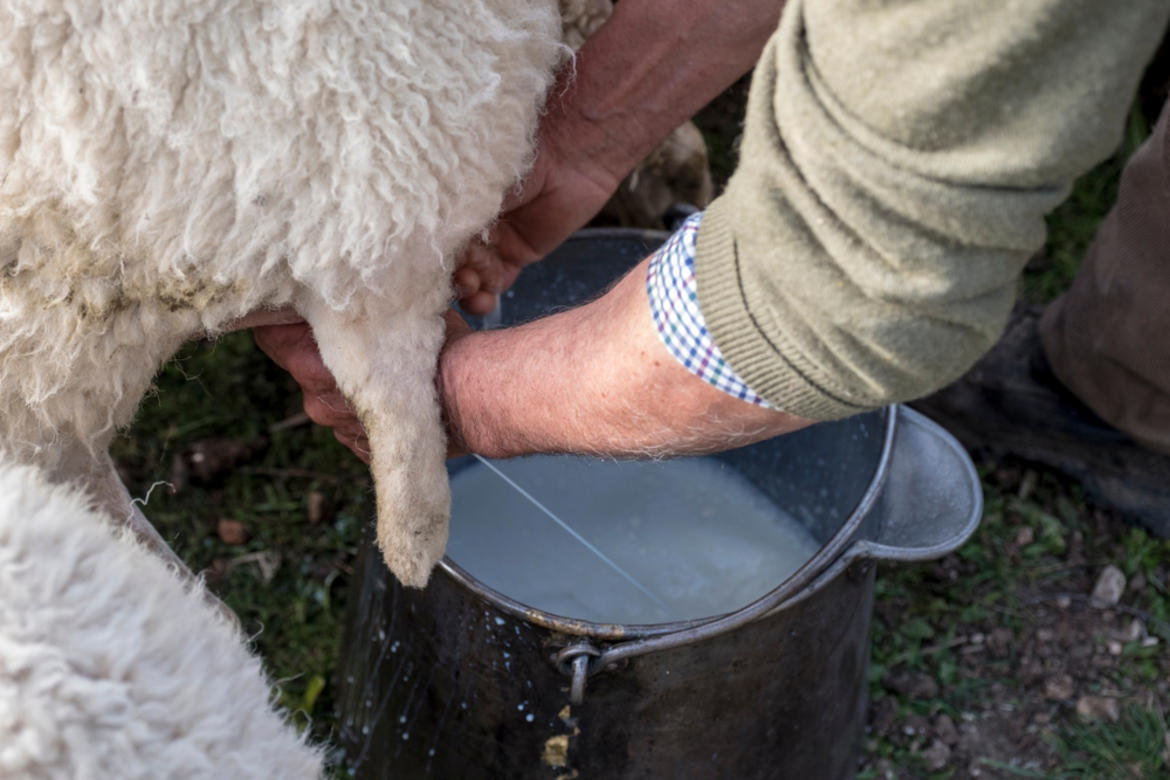 For more than a month, Sardinian shepherds have protested against the fall in prices paid for sheep milk. On Twitter , cheese-makers have been accused of causing the crisis by importing low-price sheep milk from Romania. Some news outlets, including Il Sole 24 ore, have also pointed to Romania as a potential threat to Italian exports of sheep milk products. How well-founded are these claims?

Romania is one of the five main producers of sheep milk in the European Union. According to FAOSTAT data, Romania’s sheep milk production was second only to Greece in 2017. In the same year, across the European Union around 2.5 billion litres of sheep milk were produced - a tiny quantity compared to cow’s milk (65 times greater ). Precisely because of the relatively small amount of non-cow’s milk produced, the customs code for milk in the EU is independent of animal type. Looking at the aggregated data available on Eurostat , exports of milk from Romania to Italy amount to nearly zero for the last ten years.

More detail is available on derivatives, specifically pecorino and fiore sardo cheeses, at the centre of the controversy. In Italy, nine different types of pecorino have protected designation of origin (PDO) status, but the customs code does not distinguish between products with this status and those without. The Eurostat data indicates that in 2017 Italy imported 671 tonnes of pecorino from other EU countries (approximately 112,000 wheels), 91% of these from Romania. The United States, the main market for Italian pecorino, is the only other country in the world to which Romania exports this product.

In proportion to domestic pecorino production in Italy, Romanian exports amounted to less than 2% on average between 2015 and 2017. On the US market, over the last three years the proportion of Romanian produce was just 3% of that from Italy. Rather than constituting a threat, these numbers would seem to indicate the existence of a commercial relationship between Italy and Romania.

When asked, the agency for promoting Italian businesses abroad (ICE) stated by email that in Romania there are 30 cheese-makers with Italian involvement, “of which only four, in 2017, had sufficient turnover to allow for any exports”. In 2016 the local health authority (ASL) in the region of Tuscany seized a suspect shipment of 21 tonnes of pecorino in transit from Romania to Fratelli Pinna, the largest cheese producer in Sardinia. The case aroused indignation, even though no irregularities were found upon investigation.

During the early days of protest, articles about this case were shared on social media, modifying publication dates and twisting the claims of business owners. It is certainly true that in 2007 Fratelli Pinna relocated a tenth of their business (which, for a declared annual output of ten thousand tonnes, corresponds to a thousand tonnes) to Izvin in Romania, to compete on the international market for grating-cheese, “due to better opportunities deriving from the low cost of local labour and milk ”.

“Given the free movement of goods it is obvious that Romania also exports foodstuffs to other EU countries”, says Massimo Forino, director of the industrial association Assolatte, corresponding via email, “but the volume is so derisory that they cannot possibly affect the price for sheep milk”. The causes of the crisis in Sardinia must therefore be found elsewhere.