Eurobonds can wait, for the time being

EU heads of state and government failed to agree on a united response to the economic crisis triggered by COVID-19. Yet after the measures taken by the European Central Bank, there is no longer urgency to enact a measure like eurobonds. 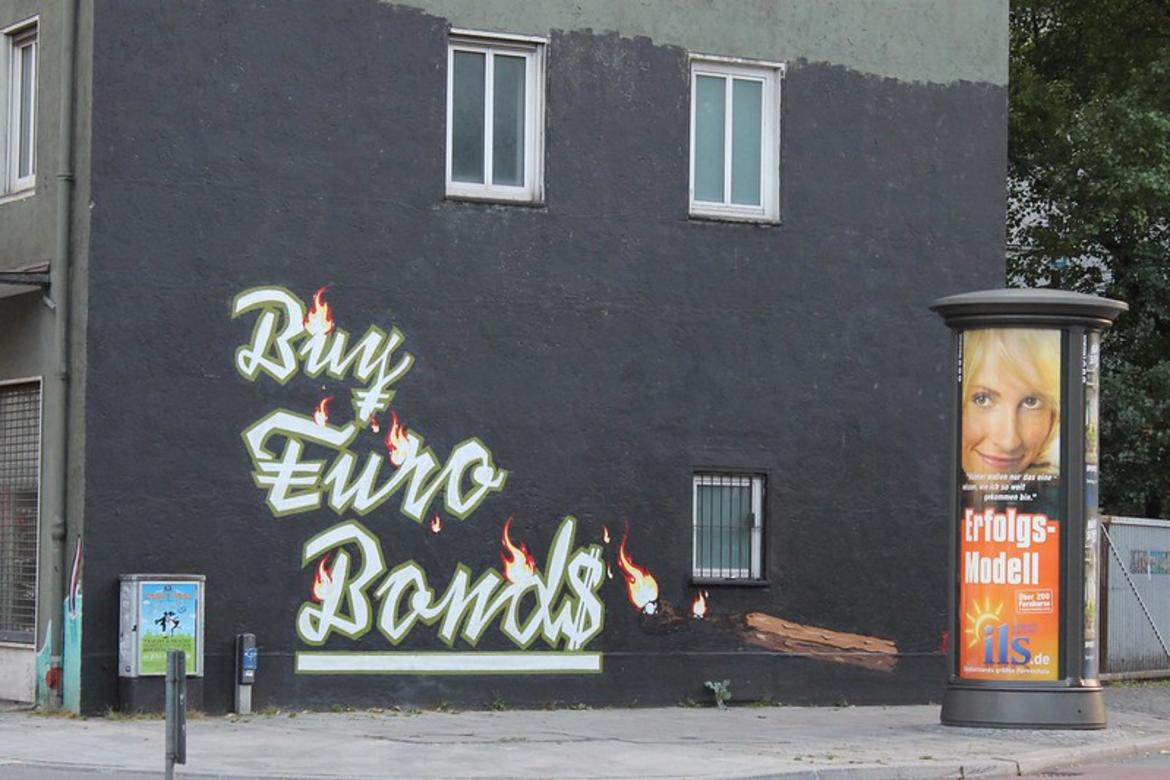 The aim of the European Council of 26 March was to go beyond the short-term efforts announced by the European Commission to deal with the economic slowdown. At stake was a possible decision to launch "eurobonds", i.e. jointly-issued debt securities. These would be intended to finance the additional spending (considerable, probably around 10 points of GDP) that will be necessary for Europe to deal with the recession provoked by this crisis.

Nine countries – France, Italy, Spain, Portugal, Slovenia, Greece, Ireland, Belgium and Luxembourg – had together signed a letter ahead of the European Council calling for the introduction of these common securities. They were joined by five others: Estonia, Latvia, Lithuania, Slovakia and Cyprus. But these fourteen countries met fierce opposition from five others – the Netherlands, Germany, Austria, Finland and Malta – which would not accept any discussion of the issue. This resistance found its leader in Mark Rutte, the Dutch prime minister.

These five countries, which call themselves “frugal” in contrast to the spendthrifts of southern Europe, consider such debt-pooling to be contrary to the European treaties. They want any aid to the states most affected by the coronavirus crisis – as of now, Italy and Spain – to be channelled exclusively through the €410 billion European Stability Mechanism (ESM) set up after the eurozone crisis.

But ESM-dispensed aid is subject to very strict conditionality and close monitoring of the public finances of the receiving country, tantamount to placing it under trusteeship. This is unacceptable to the Italian and Spanish governments in the context of the coronavirus – a crisis that by its very nature has nothing to do with any mismanagement of public finances. Heated words were exchanged and the Portuguese prime minister, Antonio Costa, later went so far as to describe the attitude of the Dutch finance minister as "disgusting".

There is a paradoxical explanation for the acrimony of this debate and the current stalemate in it. It is that, in reality, there is no urgency – or more precisely there is no longer urgency – to enact a measure like eurobonds.

What revived the debate on eurobonds, which had lain dormant for ten years, was the sharp rise in interest rates on Italian debt securities that followed a botched press conference by Christine Lagarde, the European Central Bank president, on 12 March. On that day, she said that "the ECB is not here to close spreads”, referring to the interest-rate differentials between the public debts of the various eurozone countries.

Financial actors immediately became concerned about the situation in Italy, stricken as it is by the coronavirus and with public debt already at 137 per cent of GDP. Annual interest rates on Italy's debt subsequently rose from 1.2 per cent on 11 March to 2.4 per cent on 17 March, a doubling in less than a week. If the gap is maintained, this rise ultimately represents an additional cost of 1.6 points of annual GDP for Italy's public finances. That is unsustainable. Spanish debt also began to come under the same kind of speculative attack.

Eurobonds could be a response to this concern: with them, the deficits caused by the coronavirus crisis in Germany and Italy could be financed at the same rate. The problem, however, is that this rate would be much lower than the rate that Italy alone could obtain, but would probably be higher than the rate that Germany or the Netherlands could obtain on their own. The latter would therefore be penalised, and their leaders are thus little inclined towards the solution. (The same is true of their public opinion, which over the last decade has been stirred up against the supposed spendthrifts of southern Europe.)

If the survival of the eurozone were at stake, we could probably twist the arm of the stingy group and overcome its resistance, but for now that is no longer the case. After the blooper of 12 March, the ECB put the situation right. It announced on 18 March that it would inject an additional €750 billion into the European economy by the end of the year, representing 7 points of eurozone GDP.

On 26 March, Frankfurt published the conditions attached to this “Pandemic Emergency Purchase Programme” (PEPP). These showed a major relaxation of the usual conditions for repurchasing securities. Gone, in particular, was the one-third limit on the securities issued (which might have limited purchases of government securities). And Frankfurt now allowed itself considerable flexibility in the nature of its purchases, which could temporarily deviate from the usual allocation ratio between countries.

These two elements combined have been sufficient, for now, to reassure financiers of the ECB's determination to prevent spreads from widening. By 27 March, annual interest rates on Italian debt had fallen to 1.3% per cent, virtually the same level as on 11 March. The eurobonds can therefore wait, for the time being. Europe’s stingy club is obviously wrong politically – the image of the Union that they have given to the European people is catastrophic in the current context. But it is not necessarily wrong economically.