Meat and dairy are emissions-intensive when compared to vegetables and fruit, with carnivore diets leading to roughly double the amount of a vegetarian's greenhouse gas emissions. 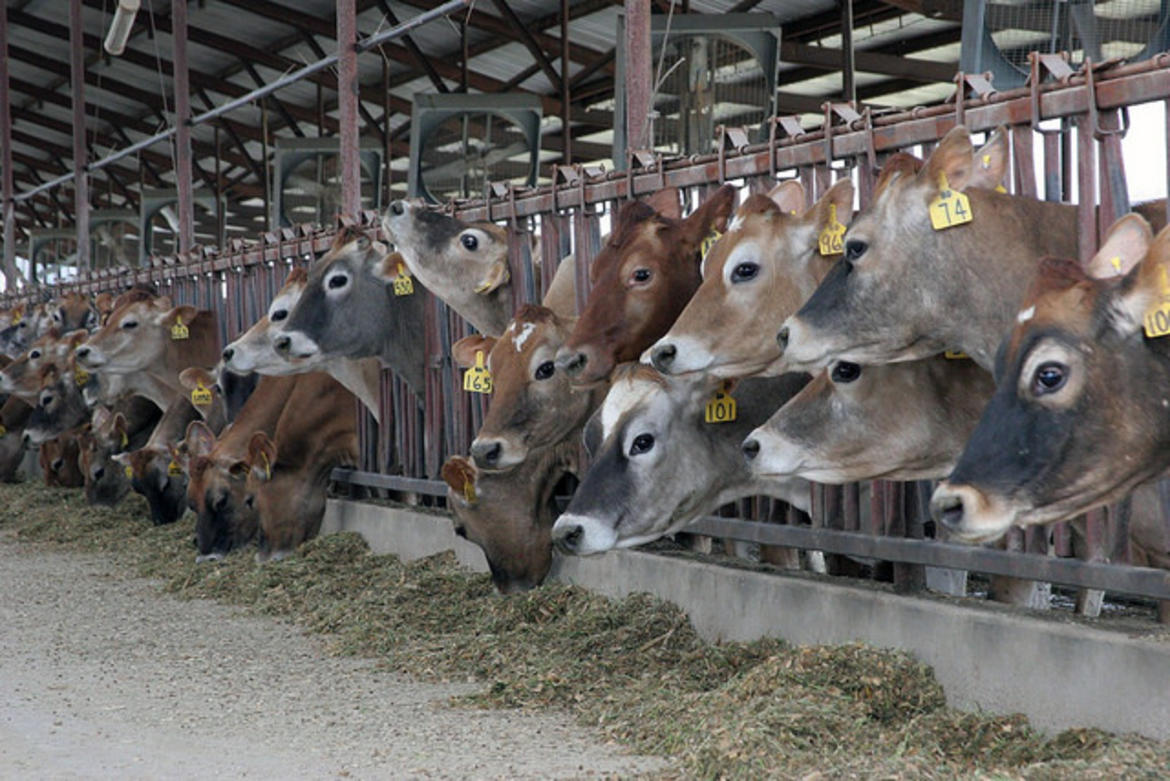 The European Union has allocated around €71.5m in the past three years on programmes promoting European meat - raising questions about such spending's compatibility with the bloc's stated climate ambitions.

Meat and dairy are emissions-intensive when compared to vegetables and fruit, with carnivore diets leading to roughly double the amount of a vegetarian's greenhouse gas emissions. With the increasing middle classes in countries like China and India, global meat consumption is expected to rise.

Considering the EU's parallel commitments to combat climate change, it seems counter-productive that the EU is promoting food products that are among the most damaging to the climate. One of the EU co-financed programmes is "What a Wonderful Beef" , which is promoting Spanish beef in Hong Kong, Saudi Arabia, United Arab Emirates, and Vietnam.

The EU is contributing €1.8m, 80 percent of the total campaign budget, and established the following goals for the campaign: "Increase product awareness, establish a high degree of product relevance, increase product preference, increase the market share of Union agricultural products, and increase the number of exporting companies in the EU". The campaign website lists the benefits of eating beef, saying that it is "rich in proteins and vitamins that are essential for a healthy and balanced diet". A promotional video uploaded online shows healthy-looking cows and beautiful vistas of the Spanish countryside, accompanied with upbeat promotional music. The Spanish voiceover is given Chinese subtitles. However, the campaign website or video makes no mention of the negative impact eating beef has on the climate.

A 2017 study about the US said that if all Americans replaced their beef for beans, the US would already be between halfway and three-thirds of the way towards its 2020 climate targets. The EU's promotional programmes are divided into two categories: 'simple', meaning they were requested from a single EU state, and 'multi', i.e. cross-border. In 2016 and 2017, some €16m from the EU budget for simple projects was allocated to meat programmes annually. That increased to €22m in 2018.

In 2017, the EU also spent €17.5m on three programmes promoting meat from multiple EU countries: a Spanish-Hungarian programme on goat and sheep meat; a German-French-Irish-UK lamb campaign; and a Spanish-Portuguese programme promoting rabbit meat. The figure could be higher, because some project names did not specify if meat was one of the products promoted. Of all kinds of meat, beef has the highest carbon footprint, followed by meat from other ruminants like goat and sheep.

A 2014 study on consumption of animal products in the EU said that eating 50 percent less meat, dairy products, and eggs, would decrease Europe's agriculture-linked greenhouse gas emissions by 25 to 40 percent. Promoting dairy products therefore has an impact on global warming. The EU allocated at least €63m in the past three years promoting European dairy and cheese products.

Even the European Commission itself, in supporting documents for its paper on a long-term climate strategy, said last November that "moderate changes in food consumption patterns" towards less meat among Europeans "could reduce significantly emissions from agriculture production". The EU commission declined an opportunity to comment. However, it did make a source available to send a written statement, on condition of anonymity.

"All agricultural products and sectors are treated equally," this statement noted, adding that the projects are selected "based on a strict and defined procedure" which involves stakeholders, member states, and external evaluators. "Promoting EU agri-food products and their quality in the EU and worldwide is important for the commission who supports producers in finding new markets and spreading the reputation of their products," the statement said.

Ariel Brunner, environmental campaigner at the Brussels office of nature lobby group Birdlife, opposed the promotion of meat products from the EU budget because the programmes are "completely blind to the sustainability of it". "We are promoting European exports regardless of whether those exports are good or bad for the planet or indeed for people," said Brunner, senior head of policy. He also took aim at another EU programme, which spends €100m per school year on providing milk products to European school children. "The milk school scheme is basically just yet another hidden subsidy to the dairy sector," Brunner said. Instead, the EU's common agricultural policy (CAP) should help farmers in a transition towards less intensive production and products with a lower environmental impact, he added.

Last month, environmental lobby group Greenpeace published a report which concluded that between €28.5bn and €32.6bn of CAP subsidies for farmers ends up supporting the livestock sector . The commission dismissed the report as a "theoretical calculation", but did not provide alternative figures.

Meanwhile, the idyllic image of Spanish livestock agriculture, portrayed in the What a Wonderful Beef video, do not to correspond with all Spanish agriculture businesses. Last month, a cross-party group of 33 MEPs signed a letter which urged Spanish authorities to prevent the setting up of a dairy farm that would host up to 23,500 cows. "If this mega factory farm is finally built, it would be the biggest dairy farm in the European Union," the MEPs claimed.