Europe is set to lose up to 15,000 km of shoreline due to erosion. The UK, France, Greece, Spain and Italy will be especially affected. And European holidaymakers will find less sand on beaches during their trips to warm destinations around the world. 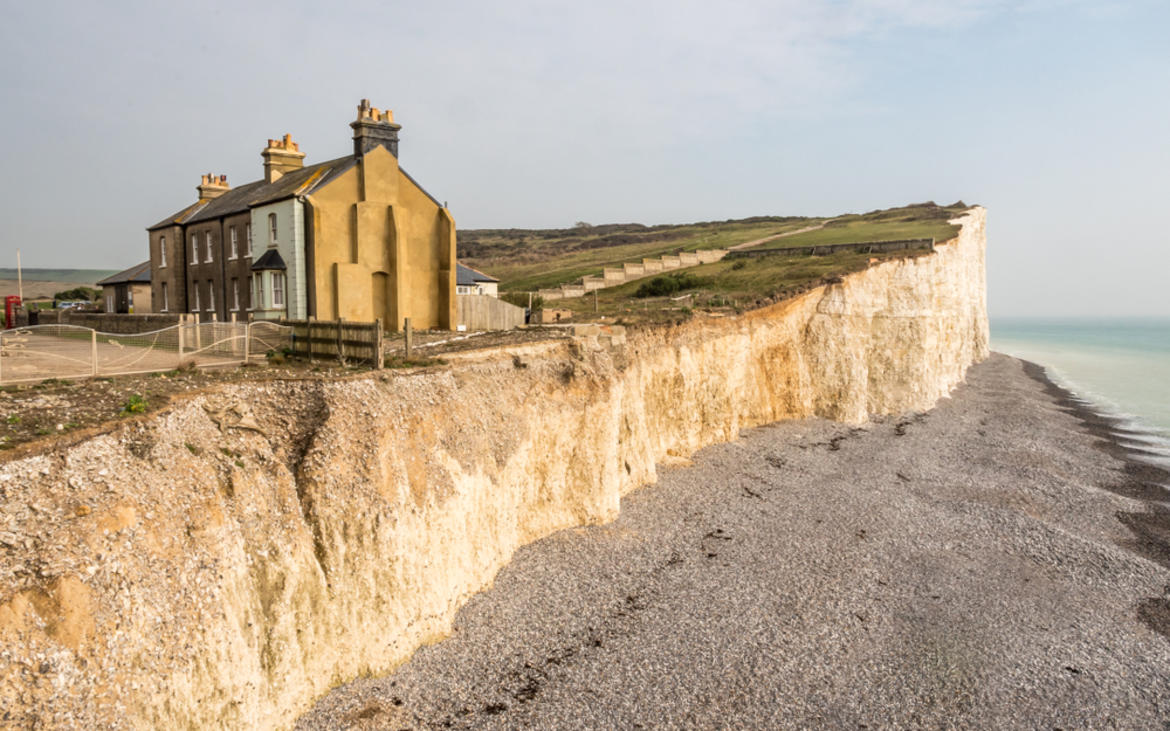 Waterfront lifestyles, holidays in tropical resorts and plans to move to the seaside: all may end up relegated to history. Almost half of the world’s sandy beaches will be close to extinction by 2100 due to climate-driven coastal flooding and human interference, according to a new study by the Joint Research Center (JRC) of the European Commission, to which we had prior access.

Besides endangering wildlife and isolated communities, sand erosion could inflict a heavy toll on areas rich in infrastructure, urbanization and mass tourism. As beaches retreat, such places will no longer be protected from the ocean’s ravages. Governments have started investing in counter-measures which may prove increasingly expensive, if not unsustainable.

These estimates are far from the most catastrophic. Indeed they rely on an optimistic forecast of greened global economies and a curbing of global warming. In this scenario of reduced ice-cap melting and lower thermal expansion of water, oceans will only rise by 50 cm during the century.

The rise will be fully 80 cm if we keep releasing carbon emissions at current rates, warns the International Panel on Climate Change. If this happens, a total 131,745 km of beaches, or 13 per cent of the planet’s ice-free coastline (1/3 of which is sandy), will go under water.

Around the globe, the average shoreline retreat will be 86.4 m (low-carbon scenario) or 128.1 m (high-carbon scenario). The actual erosion will be lower or higher in each location. Flatter or wilder coastlines will be more affected than those where waterfronts are steeper or artificially maintained as part of coastal development.

Although the UK will be Europe’s biggest shoreline loser in kilometre terms (outweighing France, Ireland, Greece, Spain and Italy), it will retain a relatively higher number of beaches compared to many EU member states. Altogether, Europeans may have to say goodbye to 15,780 km (42 per cent) of their sandy seashores (representing 22 per cent of the total coastline).

“The length of threatened seashores incorporates locations that will be submerged by more than 100 m, assuming that there are no physical limits to potential retreat” said Michalis Vousdoukas, oceanographer at the JRC and lead author of the study. “The chosen 100 m threshold is conservative, since most beaches have widths below 50 m, especially near human settlements and in small islands, such as the Caribbean and the Mediterranean.”

Large beaches will narrow by 100 to 200 m on Atlantic and Pacific seaboards and the Australian side of the Indian ocean, wiping out over 60 per cent of sand in a number of developing countries that are economically fragile and heavily dependent on coastal tourism.

The drivers of erosion

“Erosive trends increase proportionally to greenhouse gases,” Vousdoukas said. “Moderate emissions mitigation could prevent 17 per cent of the shoreline retreat in 2050 and 40 per cent in 2100, thus preserving on average 42 m of sand between land and sea.”

Sea level rise is exacerbating the problem of man-made shoreline construction and catchment barriers (such as buildings, roads, dams) that have depleted the natural supply of replenishing material for sandy beaches. “In the UK, part of man-made erosion results from protecting cliffs whose wearing would normally top up with gravel the associated beaches” said Robert Nicholls, Director of the Tyndall Centre, at the University of East Anglia in Norwich. “This happens, for example, in Bournemouth, to safeguard luxury properties built on top of fancy viewpoints.”

In some regions, marine erosion is compensated by land rise (for instance, the Baltic sea). Sediments may also be brought by rivers, either naturally as in the Amazon, or resulting from artificial activities like in the Chinese deltas that accumulate residues from upstream industrial sites. In this way anthropogenic and geological factors, both amplifying or counteracting sea level rise, contribute to the net variation of the seashore width. Despite the general pattern, a few shorelines are thus expanding.

A third, more minor, driver of erosion is the intensification of storms. Associated with climate change, these look set to further erode the most vulnerable beaches. The study predicts that the British seashores facing the highest erosion are precisely those of the east and west coasts, more exposed to tidal surges than their southern counterpart.

By the end of the century up to 63 per cent of Earth's low-lying coastal regions, which host one beach out of three, will be menaced. In these areas both population density and development tend to be higher than in the hinterland. “Seaward human expansion will continue, mostly in unspoiled coastlines that are particularly extensive in Asia and Africa” Vousdoukas said. “Therefore, adaptive measures are urgently needed.”

Most policymakers consider that only profitable shorelines are worth saving. A £62 million sea wall was completed in 2017 to protect Blackpool, an iconic British summer vacation hotspot. Besides requiring indefinite spending on maintenance, such concrete defences are seen as more of a problem than a solution. They disrupt the process of current-driven sand deposition ashore, thus worsening the erosion.

For this reason the Environmental Agency opted for nourishing beaches with sand dredged offshore. Considered by the environmentalists potentially harmful for marine habitats, the mining of sand from the seabed does not come free either. Since 1994 millions of taxpayer pounds have been spent yearly to replenish the 20 km seafront between Skegness and Mablethorpe and thus preserve 35,000 hectares of farmland.

Other high-value seashores in England and Wales benefit from similar publicly-funded initiatives which may not stop severe erosion in the long term, according to scientists’ projections. Less valuable sandy areas will be left to their watery fate with no active intervention. Such places include Norfolk, Snowdonia and a few stretches north of Grimsby and west of Cardiff. Official statistics say that almost 7,000 buildings will be sacrificed.