Strife between Hungary and the European institutions has been building for around a decade. There have been angry exchanges, but no genuine rift. Orban’s authoritarian drift seems to have reached its peak, with COVID-19 as an excuse. Will something finally give way? 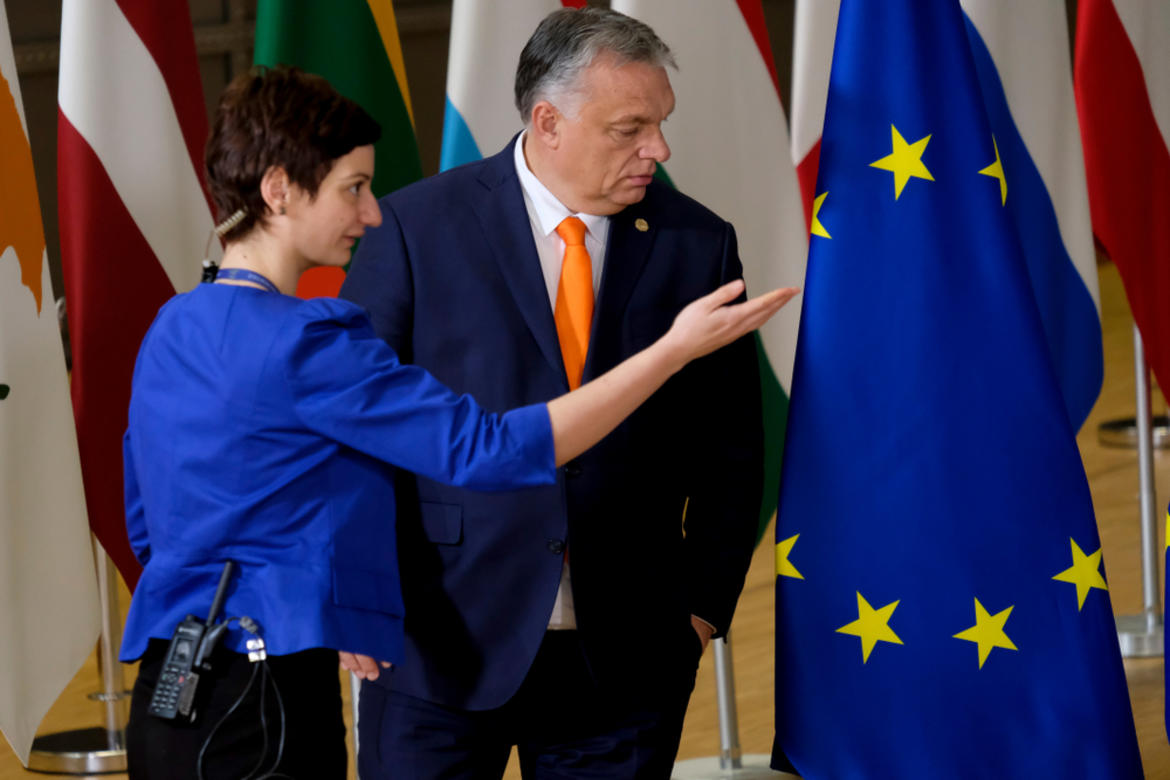 He is the most talked-about head of state in the European Council, and suggests to the international media a prototype of the contemporary western autocrat. Even representatives of the European institutions have risked taking a stand: European Commission President Jean-Claude Juncker is still famous for greeting Hungarian prime minister Viktor Orbán with a diplomatic “The dictator is coming… dictator!”.

Such viral theatrics show how far things have fallen in recent years: with the slow but incessant attrition of Hungarian rule of law, the European institutions have made declarations, at times strongly worded but always purely symbolic. Widespread concern has never been followed up with any enforcement action against Orbán, who keeps pushing ahead with an agenda of concentrating power and limiting fundamental liberties, and weakening the power of the judiciary.

This just begs the question: how is Orbán allowed to push with impunity a political agenda that is incompatible with the founding principles of the European Union and the European People’s Party, of which Orbán is still a member, and contrary to rule of law.

It’s a question of realpolitik, seats, and votes necessary to move forward with European legislation. MEPs from Orbán’s Fidesz are essential to moving the agenda of the European Popular Party forward. They quietly voted in favour of Ursula von der Leyen’s nomination – who wouldn’t have become President of the European Commission without their votes –, and in many parliamentary votes they generally stay in line with their group. This is a masterly demonstration of that concept defined by Italian political theorist Giovanni Sartori as “blackmail potential”, or, less academically, “the little guy’s blackmail”, namely the pressure that small groups can exert over governing majorities when their handful of seats can make a difference. Currently, the only action that the People’s Party has taken against Orbán was to suspend Fidesz, a purely symbolic action, with little impact on the exercise of power.

The EPP, for decades the most influential group in the European Parliament, is losing its historic hegemony, while its centre of gravity veers ever further east. Since the departure of the British Conservatives in 2009, until the substantial disappearance of the French Republicans and moderates from Italy’s Forza Italia, it’s easy to see how it is eastern countries that are securing votes for the European centre-right.

While the EPP emerged the leading political force in all countries in the 2009 European elections, ten years later, with the exception of Ireland, Germany, Finland and Sweden, only the eastern countries gave the EPP at least a relative majority of seats. The impact is such that the internal balance of power is changing.

From 2009 to 2019, the influence of the EPP’s Hungarian delegation increased significantly. In 2009 the group managed to win 264 seats in the European Parliament, of which 14 were gained by Fidesz. In 2019, faced with a sharp fall in votes for EPP candidates, down from 264 to 185, the number of seats for Fidesz remained virtually constant (13 in all), making them the EPP’s third biggest national party, preceded only by the German Christian Democrats and Poland’s moderate European Coalition.

During the political tremors caused by COVID-19 in many European countries, forced to limit certain fundamental liberties, Orbán took the opportunity to take one last step towards illiberal democracy. On 30 March, with 137 votes in favour and 53 against, the Hungarian parliament gave “full powers” to Orbán, who will be able to rule by decree and even abrogate laws approved by parliament. The government will also have the power to incarcerate those who disseminate fake news, and will (of course) have maximum discretion in deciding what constitutes fake news. The law provides no term limit for this period of exception, and it is therefore feared that the measures will remain in place after the crisis has passed.

Could this be the straw that breaks the camel’s back? The weakness of Orbán’s European partners could mean that this break from liberal democracy leads to nothing more than a slap on the wrist.

Both the Commission and some member states have expressed concern – at least initially, and a little vaguely – with the measures adopted by the Hungarian government. Provocatively, Orbán even signed their declarations on the rule of law.

The situation is arousing more interest now within the EPP. The group’s president Donald Tusk is trying to revive what may be his personal political goal: expel FIdesz completely from the EPP. In fact, 13 parties have asked Tusk for the expulsion of the Hungarians. However, with the overwhelming absence of EPP members from Germany, Italy, Spain and France, the process is set to be complicated, and certainly divisive. Romania, for example, didn’t want to sign the appeal, hoping to conjure away any tensions between the two countries. Slovenia seems to have no interest in intervening, and prime minister Janša does not appear to have any particular problems with Orbán’s methods. Croatia, holding the presidency of the Council of the EU until the end of June, failed to speak out, despite numerous demands to take action on the decline of the rule of law in Hungary, attracting a variety of criticism. At the same time, Orbán has requested support from his allies in Europe, declaring scornfully that he has “no time” for such “fantasies”.

Soon the Hungarian parliament will have to approve a law by which Orbán will renounce the extraordinary powers assumed during this crisis, starting on 20 June. The move is unexpected, and may be a masterstroke. It could end up reducing the noise around rule of law in Hungary, strengthening the position of those for whom criticism was in bad faith, given the brevity of “rule-by-decree”. It could also indirectly encourage the propaganda narrative painting Orbán as Hungary’s last bastion against the foreign enemy. The fact this occurs at such a crucial moment in the EU’s political existence – when it will soon need to negotiate and vote on special measures for economic reopening, and approve the Multiannual Financial Framework of the EU for 2021-2027 – is probably no coincidence.