Where temperatures in Germany are rising the fastest

Global warming has reached Germany: everywhere the temperature is rising. We reveal which regions have recorded the strongest increases. 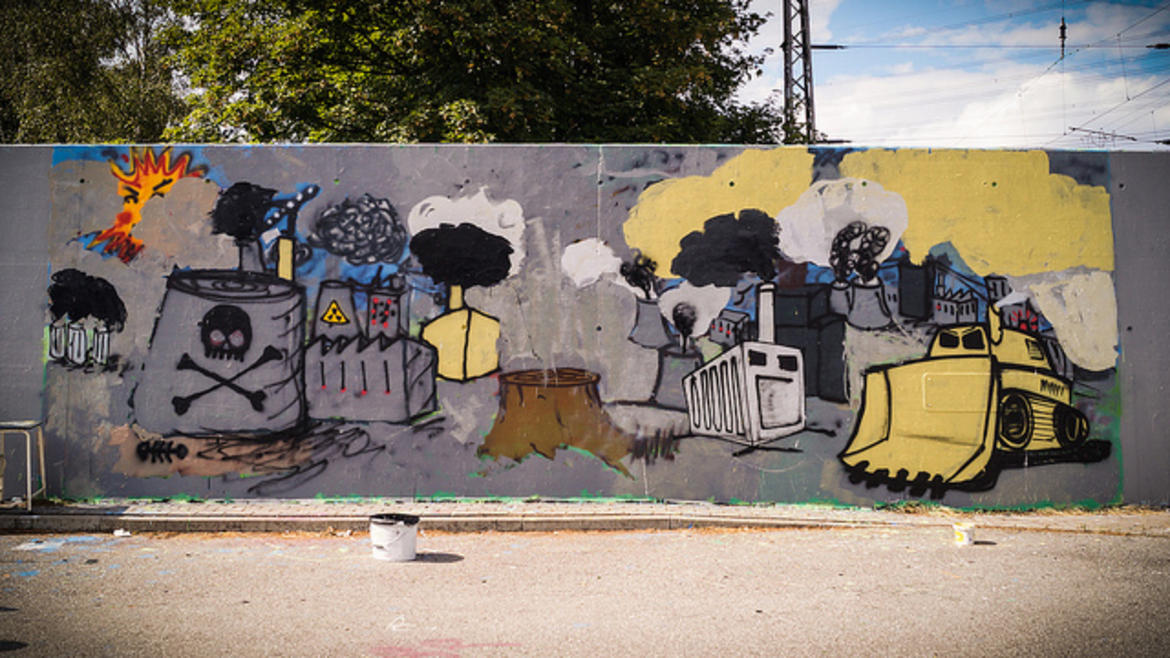 Temperatures across the whole of Europe have been rising over the last few decades. This is the conclusion from data compiled by the European Centre for Medium-Range Weather Forecasting (ECMWF), to which the European Data Journalism Network has had exclusive access . German locations are of course not exempt from this development.

The data reveals a particularly strong increase along the Baltic coast: in the analysed areas around Stralsund, Rostock and Greifswald the average temperature for the 21st century so far is approximately 1.3°C higher than for the 20th century. Around Schwerin, Flensburg, Kiel and Neumünster the increase is approximately 1.2°C. 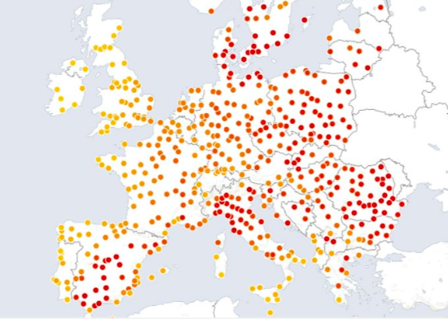 The data needs to be interpreted with caution: for instance, it does not refer to the centres of the named towns and cities but to larger areas within which the towns and cities are located (here can read more about the methodology). Some of the analysed areas along the Baltic coast protrude into the sea, which intensifies the temperature change calculated. Climate scientists have known for some time that the temperature of the Baltic has been rising at a faster-than-average rate. If an area under investigation has an extensive marine area, the temperature increases are always especially marked.

In 38 of the 61 areas in Germany studied, there has been a calculated increase of at least 1°C. Nowhere in the country has the temperature remained anything like unchanged.

And so there is also a clear upward trend right across the Republic: according to calculations by the German Meteorological Office (DWD), the mean annual temperature has risen by approximately 1.4°C since records began in 1881. 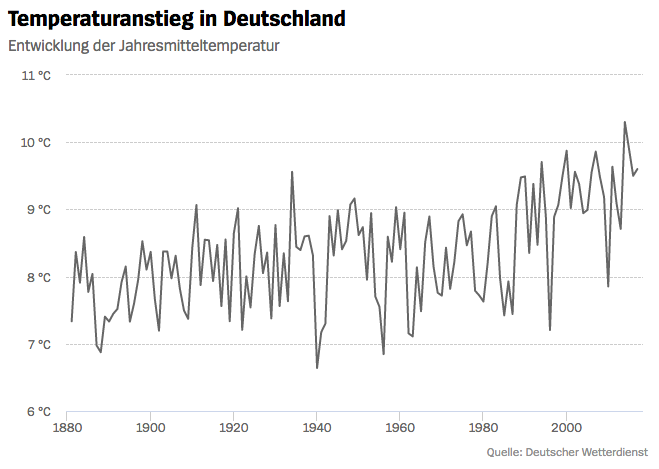 Rising of temperatures in Germany. Evolution of the yearly temperature.

Despite the increased temperatures in individual areas along the Baltic coast, the temperature rise across North Germany as a whole is below the national average. DWD data shows stronger temperature rises for Bavaria, Rhineland-Palatinate and Saarland. 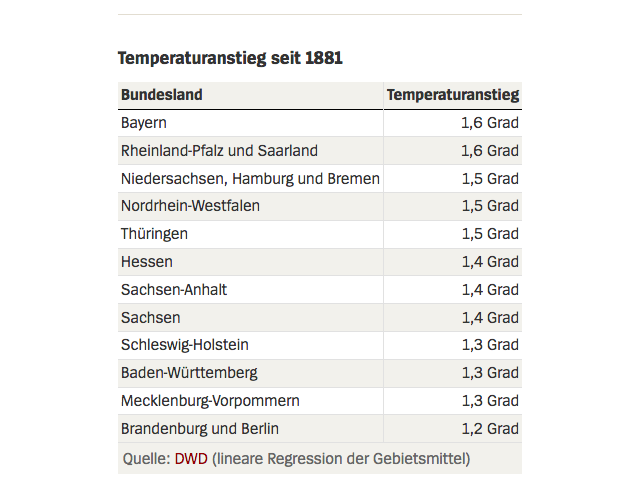 Rising of temperatures since 1881.

With a rather moderate mean annual temperature of roughly 9°C, as is generally the case in Germany, a temperature increase of around 1.4°C may not seem particularly spectacular. It means, however, that the number of hot days in summer is also increasing: daily maximum temperatures of 30°C or more are becoming more and more common. 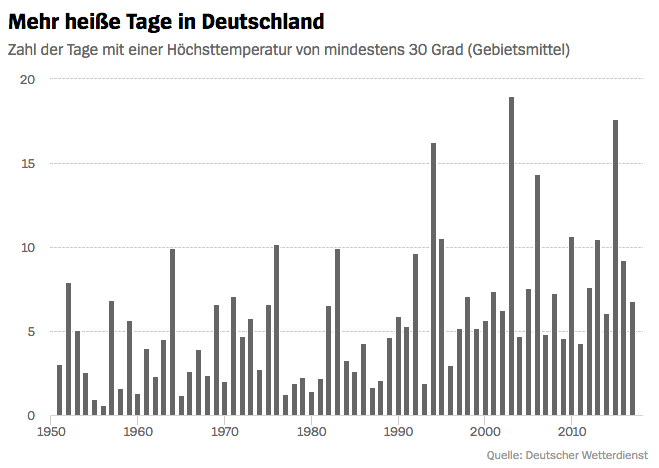 More warm days in Germany. Number of days with a maximum temperature of at least 30°C (area average).

During the heatwave of 2003 , for example, there were on average 19 such days across the country. After this year’s hot, dry summer there is reason to believe that the figure for 2018 will be even higher.