There was no barrier to Covid-19 transmission in Greek prisons

The spread of coronavirus in Greek prisons was 1.4 times faster than in the general population during July-February 2022. The occupancy rate increased during the pandemic, and one in three prisoners is estimated to have contracted the coronavirus to date. 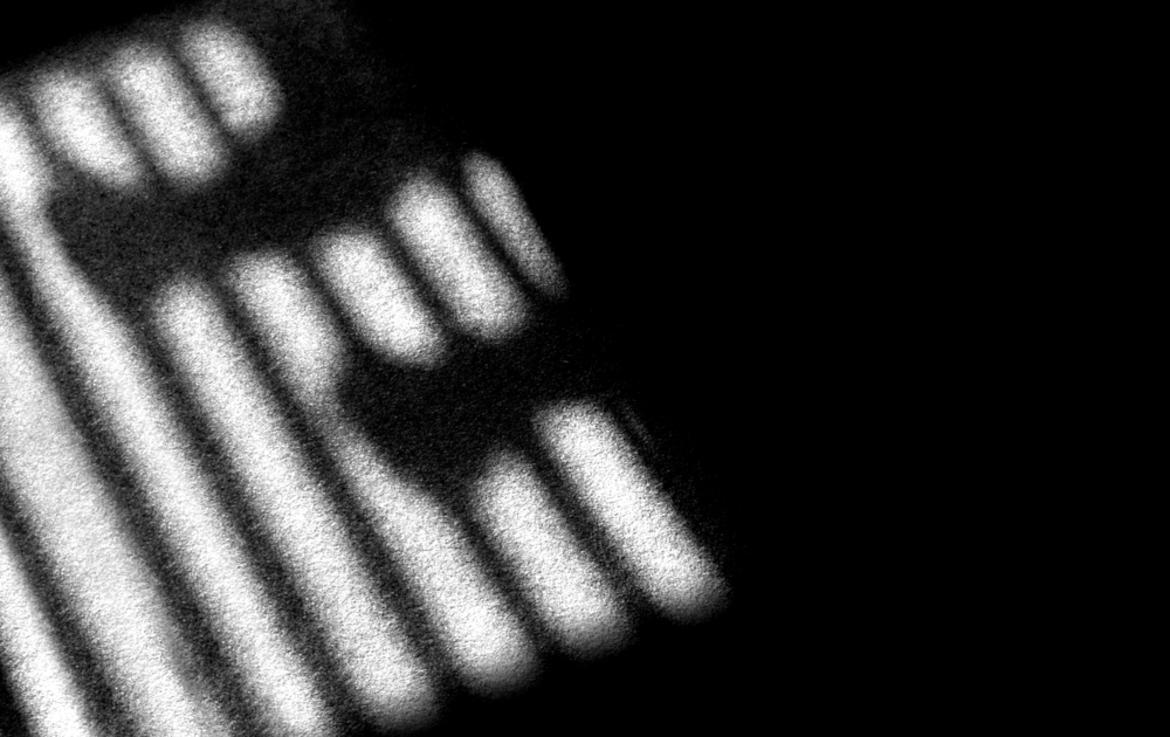 "For the last 3 weeks the prison has been in a state of turmoil, wards are being closed from one moment to the next, prisoners are being quarantined out of nowhere. The prison administration, unable to provide basic protection measures against Covid-19 and unable to manage the sudden increase in cases, has decided to impose a permanent confinement regime on us beyond what we are already experiencing."

This is the beginning of the open letter sent on 27 March 2022 by prisoners of the Women's Prison of Korydallos, recounting the conditions in the prison while in Greece, as in most of the world, the fifth wave of the pandemic continues. The image conveyed from inside the prison is not a long way from the image conveyed by Greek prisoners at the beginning of the 4th wave. At that time, for example, there were more than 40 cases among inmates of the Diavata prison in Thessaloniki (November 2021). Similarly, at the end of the 4th wave, 20 prisoners and 7 prison officers tested positive and 50 were quarantined in the Nea Alikarnassos prison (February 2022).

The management of the pandemic in Europe's prisons was the subject of a major survey which analysed data from 32 countries. It was conducted simultaneously by 12 European media led by Deutsche Welle as part of the European Data Journalism Network (EDJNet). MIIR (Mediterranean Institute for Investigative Reporting) and iMEdD (incubator for Media Education and Development) were commissioned to collect and process the specific data concerning Greece.

In the first part of the research, published on 12 March, we examined the spread of the virus in Greek and European prisons since the beginning of the pandemic in early 2020, and came to some striking conclusions on prison conditions. For example, Greece appears in 7th place on the list of the most overcrowded prisons in Europe, while the minimum living space of 4 sqm per prisoner under international conventions is violated in 25 out of 34 Greek prisons. This makes prisoners even more exposed to the virus than they are already.

Our comparative analysis of data revealed that during the pandemic, the occupancy rate of Greek prisons not only did not decrease, but actually increased, with the result that Greece was among the countries that had high spread of the virus in prisons compared to the general population. Specifically, by 2 July 2021, 16 months after the start of the pandemic, it is estimated that 7.9% of prisoners overall had contracted Covid-19, while 4.1% of the general population in Greece was infected with the virus. Our conclusions are confirmed by the Council of Europe's annual report published on 5 April, which states that on 31 January 2021 Greece hosted 106.1 prisoners per 100,000 inhabitants – up 3.6% compared to 2020. The equivalent figure in Council of Europe member states was 101.9 per 100,000 inhabitants, down 2.3% compared to 2020 (104.3). According to the report, in Europe as a whole, prison occupancy fell by 5.3% compared to a year earlier (from 90.2 to 85.4 prisoners per 100 available places). Greece was among the countries reporting overcrowding (111.4 prisoners per 100 places), behind Romania (119.3 prisoners per 100 places) but ahead of Cyprus (110.5), Belgium (108.4), Turkey (108.3) and Italy (105.5). Greece also has a very high prisoner-to-staff ratio (2.8 prisoners for every staff member), while the European average is 1.4.

The publication of the first part of the survey was followed on 21 March by a question to the European Commission from Left Group MEP Konstantinos Arvanitis, asking whether "it is acceptable to transform Greek prisons into overcrowding centres, given that Greece is one of the few European countries that refused to proceed with the measure of decongestion, which is a demonstrably effective strategy for dealing with the pandemic, and despite the dramatic appeals of the United Nations”, and whether the Commission “considers that the worsening of the overcrowding conditions, resulting inter alia from the drastic reduction in the transfer of prisoners, is compatible with due respect for the principles of necessity and proportionality and with the fundamental human rights of prisoners”. The reply is currently pending.

A few days earlier, the Committee of Ministers of the Council of Europe, at its recent meeting on the enforcement of judgments of the European Court of Human Rights by member states, had expressed its concern about overcrowding in Greek prisons, stressing that this is a problem that has not been effectively addressed and has been outstanding "for more than ten years". The committee made particular reference to the need to decongest the prisons of Ioannina, Korydallos and Thessaloniki, and called on the Greek government to provide a specific timetable for addressing the issue.

With the 5th wave of the pandemic just around the corner, we examined in the second part of the survey what happened in Greek prisons before and during the 4th wave, i.e. the period from 1 July 2021 to 18 February 2022, two dates for which we have detailed data for each prison. The data shows that 2671 prisoners were diagnosed with coronavirus during this period, with the prevalence in prisons being 1.4 times higher compared to the general population. Specifically, 870 cases had been recorded by 1 July, while by 18 February 2022, 3541 cases had been recorded. Given that the average total number of prisoners in this eight-month period was 11037, it is estimated that 24% of prison inmates in that period were diagnosed with Covid-19, compared to 17% in the general population. The highest prevalences, with more than 500 cases per thousand prisoners, were recorded in the Nafplio, Corinth, Kos and Amfissa detention centres. During this period the Nafplio prison held more than 400 prisoners, while its capacity was 273.

Comparison with the general population

During this period, a higher rate of cases in prisons compared to the general population was recorded in 15 of the 22 Greek regions we examined.

It is interesting to compare the rate of increase in cases inside and outside prisons during the period from November 2021 to February 2022: cases outside prisons increased by 193.7%, while cases inside prisons increased by only 88.8%. For prisons, however, this did not mean a reduction in the problem. By February 2022 a higher proportion of prisoners had already contracted coronavirus compared to the general population, which may be attributed to inadequate containment measures.

Based on our research and the response we received to a query to the General Secretariat for Anticrime Policy, among the measures taken since the beginning of the pandemic were the suspension of prison visits during outbreak periods and a halving of them during the rest of the time; the curtailment of leave (educational, regular, etc.) for prisoners; a reduction of employment and "day jobs"; restrictions within prison shops; and the creation of an electronic visit register. However, as pointed out in the first part of the survey, no overall plan was implemented to decongest the prisons (reduction of the number of inmates, reduction of sentences, targeted transfers). Moreover, there continued to be serious shortages of health staff and protective equipment, as well as a manifest sloppiness in the management of cases and care of the sick. Indicative is the testimony of an inmate of Larissa prison, Vangelis Stathopoulos, who himself contracted coronavirus in December 2020: “So anyone who gets sick is put in a ward for 14 days with all the other Covid patients, which means that if someone has a heavy viral load they will automatically spread it to everyone else and they can all get very sick. So the procedure is that we put all the sick people together and whatever happens will happen."

This picture is not far from the one conveyed by the inmates of the Women's Prison of Korydallos, while similar complaints have been made by prisoners of the Domokos Detention Centre. There, only 4 cases had been detected by 2 July 2021, while in the eight months that followed, until 18 February, the cases reached 152. That number is estimated to have since increased: in March alone at least 18 more prisoners reportedly tested positive for coronavirus.

A crucial factor in the increased spread of Covid-19 during the 4th wave of the pandemic appears to have been the delay in the start of the vaccination programme in Greek prisons. This only began on 1 July 2021, several months after the start for the general population, despite the fact that prisoners are a vulnerable population living in closed, and therefore dangerous, conditions.

According to the minutes of the Special Standing Committee on the Penitentiary System and other Inmate Confinement Facilities of 10 June 2021, only 388 inmates (out of a total of 11,031, 3.5%) and 504 employees had completed vaccination. During the same period, only 22 prisoners had received the first dose. That is a total of 410 inmates vaccinated, the vast majority of them with the J&J single-shot vaccine. By 18 November 2021 – i.e. at the beginning of the 4th wave – only 59% of prisoners had been vaccinated (6,600 prisoners).

"Vaccinating prisoners should be a top priority for every state because their living conditions enhance disease transmission. Prisoners are under the responsibility of the state, they are not able to protect themselves and their health, or to take the measures they themselves consider necessary to prevent the risks posed by the pandemic", stresses Iphigenia Kamtsidou, Associate Professor of Constitutional Law at the Aristotle University of Thessaloniki and member of the Committee for the Prevention of Torture of the Council of Europe (CPT). "It is for this reason that a democratic state should first and foremost take care of the health and lives of the people under its responsibility."

On 9 March 2022, the Greek judge of the European Court of Human Rights, Ioannis Ktistakis, presented to the parliamentary committee responsible for monitoring ECHR judgments the data on Greek convictions in Strasbourg, as well as the pending individual appeals from Greece. All paint a dark picture of the living conditions in Greek prisons. According to Ktistakis, of the total of 2,214 individual appeals pending against Greece (representing more than 3% of the total of 70,150 pending appeals from 47 states), 1,782, or 81%, concern exclusively the conditions of detention in the country's prisons. "What is particularly worrying in the case of Greece is its inability to put things right, to comply in a timely and substantial manner with the Strasbourg judgments," the ECHR judge told parliament.

March marked two years since the emergence of the coronavirus in our country and no one knows how long the pandemic will remain in our lives. "Covid-19 should be a wake-up call to invest in better prison conditions and reduce the use of incarceration," says Catherine Heard, director of the World Prison Research Programme. In the case of the management of the pandemic in Greek prisons and during the 4th wave of the pandemic, however, the lesson does not seem to have been learned yet.