There’s an urgent need for foreign labour in Croatia

Fewer births, greater life expectancy, emigration. These are some of the ingredients adding up to local labour shortages - now a major problem in many Eastern European countries. 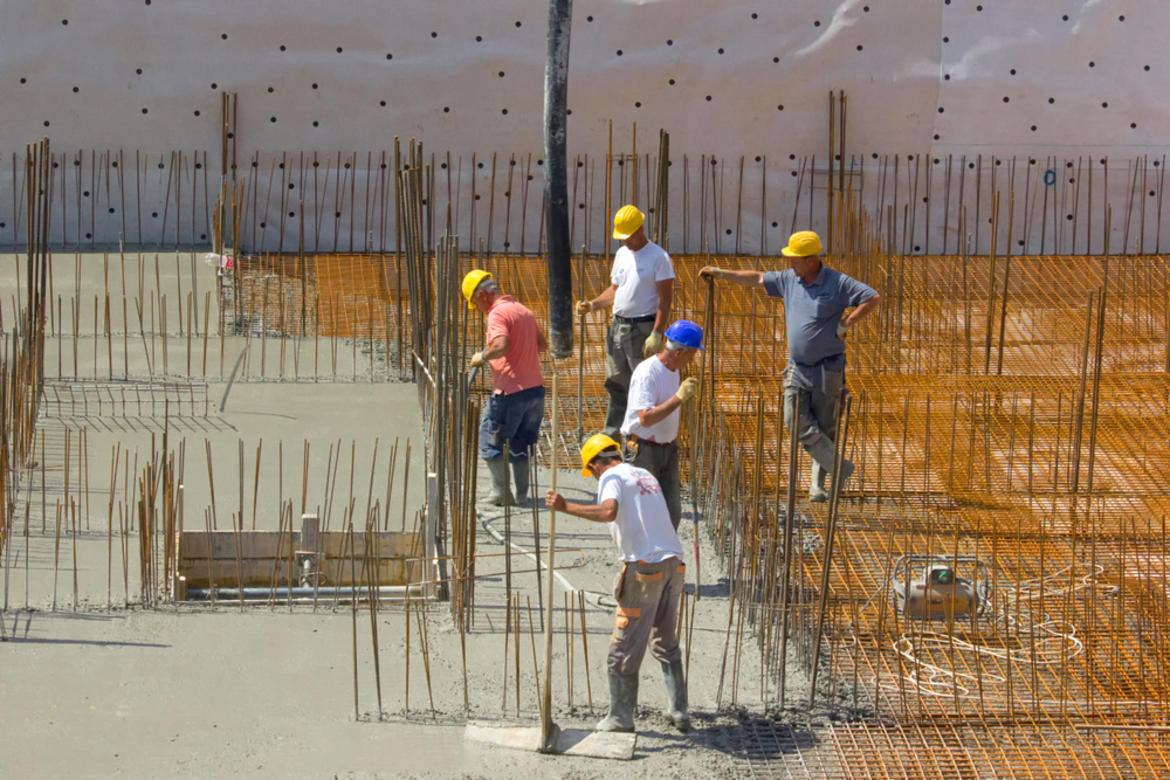 In early December, during the cold Bosnian winter, a delegation from the Croatian hotel group Jadranka set out for north-eastern Bosnia to hold gatherings in three cities – Tuzla, Bijeljina, Brčko – with the aim of recruiting new workers for its locations in Mali Lošinj and Cres.

While the work won’t start until the next summer season, the labour shortage was strong in 2018 and prospects are even worse for 2019, likely causing many businesses to move in anticipation. Salaries start at 500 euro.

Over the course of 2018 we began hearing more and more about the presence of foreign workers in the Croatian economy. After years when, helped by EU accession and the economic crisis, migration seemed to go in only one direction - from Croatia to countries which already have a tradition of immigration, such as Germany, or more recently opened economies, such as Ireland - the country suddenly found itself with a labour shortfall when the economy began to recover.

With more than 9,000 permits issued for foreign workers already present in the country, in 2018 the Croatian government reached a record number of 21,210 new entrants originating outside the EU. This figure later rose to 29,769. The primary destination sectors were construction and tourism, followed by the metal industry, shipbuilding, transportation, the food and canning industry, the high tech sector and farming. A broad variety of sectors, with offers open to both skilled and unskilled workers.

Labour shortages have become a major problem in many eastern European countries. In Hungary, large protests erupted against the the Orban government’s decision to increase the overtime that employers can require from staff by 400 hours per year, in order to deal with the shortage of workers. In the four Visegrad countries there are more than 520,000 vacant positions - a consequence of the lower birth rate, and emigration to western Europe. Such dynamics are all too evident in Croatia.

According to Iva Tomić, from Zagreb’s Institute of Economics, “on the one hand we have demographic processes - especially the low fertility rate, but also the greater life expectancy. Because of the constantly falling fertility rate, less young people are entering the labour market and the number of working-age people is falling. If we add a large number of emigrants (according to official statistics, almost 200,000 from 2009 to 2017), of which many (more than 47%) are between 25 and 44 years old, then obviously we end up with a labour shortage”. Foreign workers are expected to fill the gaps.

Since the 1980s Croatia has hosted a significant number of workers originating from other Yugoslav republics – Bosnia Herzegovina especially – in specific economic sectors, above all construction and tourism. Despite the taut relations in the region, which have done no favours for any concerted political planning, the majority of foreign workers still come from ex-Yugoslav countries, Bosnia Herzegovina and Serbia in particular.

According to Iva Tomić, “these countries are also facing a falling number of working-age inhabitants who, if they decide to emigrate, prefer to go to wealthier western European countries. You shouldn’t forget that a large number of Bosnians have Croatian citizenship (and therefore passports), and thus, like a certain number of Serbians, enjoy the same status as Croatians on the European labour market”. Ever since the ex-Yugoslav labour “reserves” began to dry up (and they continue to dry up, even for recruiters from other countries), the Croatian business community showed signs of wanting to look abroad.

In March 2018 the minister for labour and pensions, Marko Pavić, went to Ukraine with the stated intention of bringing seasonal workers to Croatia. The tone of the visit was rather pompous, presenting Croatia as a future promised land for Ukrainians. A little over 500 Ukrainian citizens currently hold work permits for Croatia. According to many indicators that figure is set to increase in the coming years. For now they count in the tens, but there have been verified cases of Indian or Egyptian citizens coming to work in Croatia. Nevertheless, in October 2018 there were still 10,133 vacant posts within the quota system. Making the Croatian offers somewhat less attractive are the salaries, markedly lower than in countries with stronger traditions of immigration. While the papers often showcase striking examples - large salaries in the tourist sector for example - the reality is rather different. With the exception of specific professions, cooks for example, salaries for unskilled labour fall well below the threshold of 1000 euro per month.

Some of the most enthusiastic supporters of importing labour from abroad can be found in the Croatian chamber of commerce, and the union of employers, who fear a worsening of the labour shortage in the not so distant future. In fact, according to some estimates, in 2019 Croatia is already short of between 15,000 and 20,000 workers. The councillor of the chamber of commerce Davorko Vidović has suggested importing much more labour from Ukraine, but also from “Syria, Lebanon, Jordan and Egypt”. The question of importing foreign workers raises many other questions.

Despite all the room for foreign labour, unemployment in Croatia still remains high, despite a dip in 2018, hovering at around 8.4% and reaching 9.1% during the tourist season last November. According to Siniša Miličić from the regional union of Varaždin, there is currently  no will in Croatia to create attractive conditions and permanent positions, and the cost is seeing the their own workers emigrate while the country tries to attract those prepared to work for low salaries.

Further, the declarations of openness conceal a reality where prejudice appears to be increasing. Croatia was caught off guard in recent months with the now chronic pressure of refugees at the border on the Balkan route. This became the object of a xenophobic political and media campaign whose vehemence seems disproportionate to the actual numbers.

The vaunted openness towards foreign workers contrasts with the hostile attitude towards refugees entering the country via the Balkan route. The integration of these refugees into the Croatian labour market remains a rare occurrence. The idea prevails that emigration should come from Eastern Europe, as Radimir Čačić from the ruling HNS has said, claiming the need to encourage the entry of christian migrants.

The so-called “demographic catastrophe” has been quite the hobby horse for president Kolinda Grabar Kitarović, who has called for measures to reverse the trend. Along the same lines, there is also the idea of facilitating Croatian citizenship for the second or third generations, removing the requirement to know the Croatian language and social customs. If the dream of a returning diaspora currently seems improbable, the number of foreign workers in Croatia looks destined to increase.

Nevertheless, while few in Croatia would deny the need to bring in foreign labour, the polemics against the Marrakesh compact for legal and controlled migration were blistering. The Croatian right raised an ideological banner against the Global Compact, purportedly obliging Croatia to indiscriminately liberalise immigration, which may remind you of the campaign against the Istanbul Convention. Lending support to this line of argument is president of the Republic, Grabar Kitarović. Indeed, while he promised enthusiastic support for the convention to United Nations secretary-general António Guterres, he soon pulled back. Probably sensing the anti-immigrant climate spreading through the country, he took advantage of a question posed by TV presenter Velimir Bujanec, a popular figure with the far right, to declare his opposition to the compact.

The centre-right Croatian government, while shocked by the sudden turnaround, kept to their word, sending minister for the interior Davor Božinović to the summit. Behind the disagreement is a conflict between the two wings of the ruling HDZ: the moderate wing represented by prime minister Plenković, and the wing more inclined towards nationalist and sovereigntist tones, represented by president Grabar Kitarović. Božinović in Marrakesh railed against all the fake news around migration, and confirmed his support for a global agreement to regulate the phenomenon, “firmly” assuring citizens that “the Croatian state and Croatian police will protect citizens and guests of Croatia”.

The disagreement over the Global Compact also reflects, with regard to foreign policy, the division between a right that would draw itself closer to the Visegrad group, using anti-immigration policy as their hot button issue, and a more moderate, philo-European centre-right. These two sides don’t oppose each other head-on when it comes to migration, but rather systematically and “firmly” use violence to control their borders