The polarisation of jobs is a question of policy

The evolution of the social structure in 15 European countries reveals the key role that public policies play in deepening the divide between high- and low-skilled jobs, according to sociologist Camille Peugny. 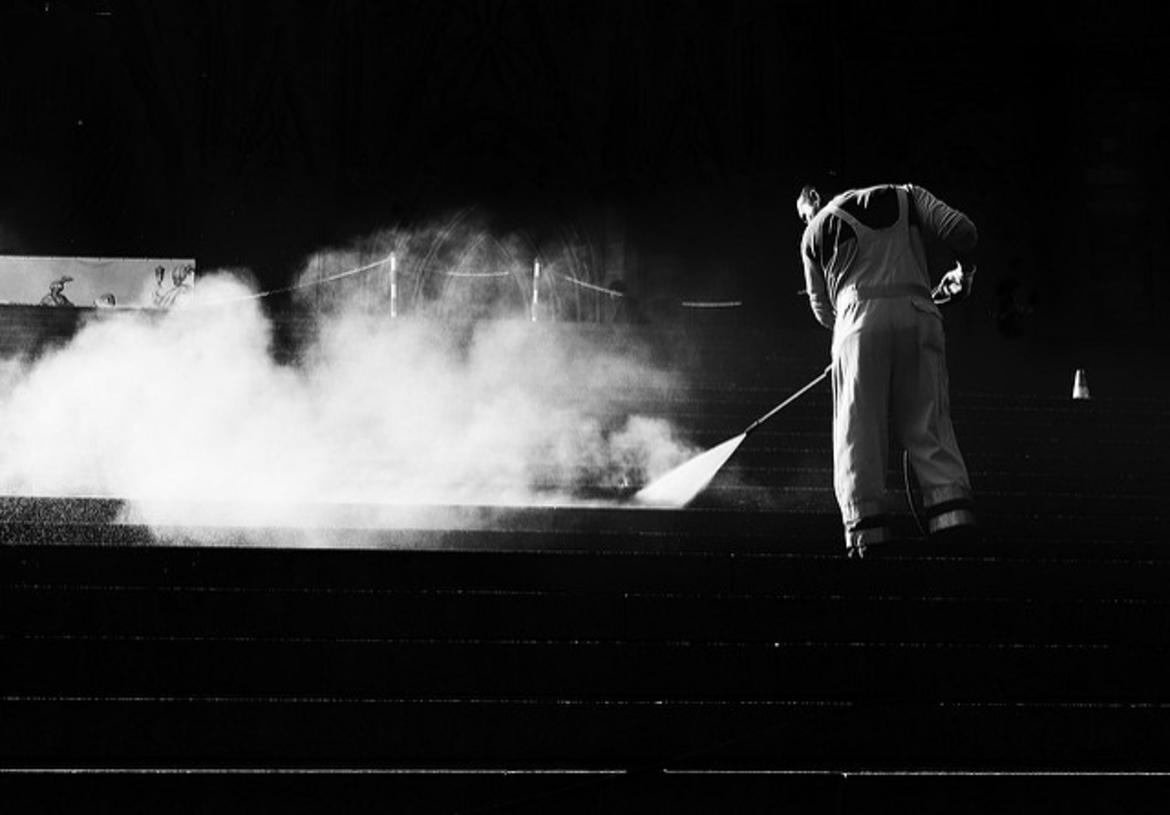 The theory is that because of the advancements in technology (i.e. information technology, and in particular, automation), numerous middle-skilled jobs (accountants, machine operators, health assistants, etc.) are going to disappear, if they haven’t already done so. As a result, there is a threat of polarisation between high-skilled jobs (industry experts, and those who work on the design and conception end), and other low-skilled jobs, mostly in the services sector (these are the “interpersonal” professions where soft skills are hard to come by). Nowadays, it is hard to keep track of “jobs that are going to disappear” vs. “jobs that will be replaced by artificial intelligence in five years.”

The main question is: to what extent is this trend affecting Europe? To get to the heart of the problem, sociologist Camille Peugny studied the evolution of the social structure in 15 European countries over a 20-year period (1993-2013). She tracked the transformations that occurred during that time in several socio-professional categories (executives, middle-skilled professions, employees, workers, etc.). Her research was based on national job market statistics in the European Union Labour Force Survey. The results revealed that there is a clear trend toward polarisation of jobs on the Old Continent. But the extent to which this trend is being felt depends on the country.

“Lower-skilled professions” include workers in low-skilled industries like handcrafters, cleaning employees, sales staff, and even low-skilled workers in the human services sector. The number of people in these categories are increasing in 11 out of the 15 southern countries. “Such results highlight the limits to the analysis,” which clearly portrays “an upward trend for social structures in western countries,” said Camille Peugny. However, she also adds that this trend “does not exclude the spread of menial and degrading jobs, difficult working conditions and very low wages.”

A close study of “middle-skilled” professions helped Peugny identify three types of social structure evolutions in Europe. Across the board, as can be seen, the portion of experts in total employment has clearly increased. But the portion for skilled industry workers (a category usually reserved for middle-skilled workers) dropped in “rather dramatic” fashion in countries like Germany, France, Austria and Portugal.

That means that in some countries, this upward trend is not accompanied by a reduction in the share of low-skilled jobs. And this is the case not only in Denmark, but also in the Netherlands, the United Kingdom, Portugal and Finland.

For example, in other countries, the polarisation of jobs, the increase in the amount of experts and low-skilled professions has not stopped the preservation of medium-skilled jobs. In the case of Germany, Spain, Italy and Greece, the loss of administrative jobs (another common middle-skilled job category) has been contained, if not stemmed completed.

However, France, along with Austria and Sweden are part of the countries where the job polarisation trend is the most pronounced. In fact, these countries share the following dynamics: an increase in the portion of executive-level jobs, at least a 20 percent increase in low-skilled jobs, and then a 20 percent reduction in skilled and administrative jobs. Peugny includes under the “officer workers” label, “tellers and the like,” as well as “accounting and procurement personnel.” This is another common intermediate-skilled job category where job loss has been has been contained, if not stemmed completely.

According to Peugny, these results reveal that, on the one hand, “all European countries are not facing the same factors of polarisation in their social structures.” But the results also highlight that innovations in technology do not explain all the problems. “Some countries have not experienced a significant loss in administrative jobs. However, other countries that are battling this trend, are experiencing genuine polarisation, wherein low-skilled jobs are not increasing by a significant margin.

The key role of the service sector

To better understand the origins of this transformation, Peugny goes into detail regarding the changes in low-skilled jobs (“bottom-end jobs”). In fact, Peugny shows that the portion of total employment made up of employees and wage earners experienced major changes, reaching 58 percent in Hungary, but just 40 percent in Greece, which has a large number of farmers and self-employed workers. A similar situation can be seen in the Netherlands. The number of employees and wage earners working in the services sector also varies.

In fact, Peugny maintains that while the rate of service workers clearly varies among countries, they still have the same proportion of employees and wage earners. What makes Germany, Austria and Italy interesting is that they have been able to hang on to their industrial sector, whereas in places like France and Spain, three-quarters of the low-paying jobs are in the services sector.

Yet, the services sector is the sector with the worst working conditions according to the study that looks into the prevalence of part-time work as part of total employment. The first observation is that “in all of the countries, the portion of involuntary part-time work is higher among employees than among wage earners.” The second observation is that the services sector, in a majority of the countries, is suffering from a gap between “skilled” workers (hairdressers, nursing assistants, cooks, etc.) and “low-skilled” jobs (waiters, concierge workers, personal assistants, etc.). Involuntary part-time work is much more frequent among the second group than the first.

And what about public policies?

This gap, which is virtually non-existent in Denmark and Sweden, is particularly pronounced in France and in the southern European countries. In fact, in Italy, Fance and Spain, the rate of involuntary part-time work is the highest among low-skilled workers in the services sector (Italy at 40 percent, France at 36 percent and Spain at 31 percent versus Denmark, for example, where it is at 13 percent). Among executives, the rate has never gone past 5 percent.

Therefore, according to Peugny, polarisation of jobs can only be measured based on hourly wages, the same way economist measure them. There is also polarisation of working conditions. The least-skilled job workers are suffering from worsening job conditions, often having to work part time with fragmented hours. Furthermore, the difference in national trajectories shows that technological determinism is not to blame. Peugny states that the recent evolution in social structures is also influenced by public policies, which have a particularly strong influence on the quality of the jobs at the bottom end of the scale.

For example, the French policy to support the human services sector , promotes hiring workers to carry out daily tasks all while showing little regard for proper working conditions. This exacerbates the polarisation of the social structure by encouraging a form of precarious work for low-skilled workers. Conversely, “the relative quality of jobs in the human services sector in Denmark and in Finland are likely due to the country’s tradition of municipalization of jobs. This allows more than 80 percent of affected workers in Finland, for example, to benefit from the general convention of the municipal sector and avoid the precariousness observed in similar jobs in France or Spain.”

Thus, the European comparison shows that preciousness of jobs at the bottom rung of the ladder is not really linked to fate. Instead, it has to do with policy choices that are all too often sources of controversy.