After years of discussions, the EU has not opened negotiations to enlarge to Albania and North Macedonia yet, chiefly because of French opposition. Yet this week's European Council may finally mark a breakthrough for the accession process. 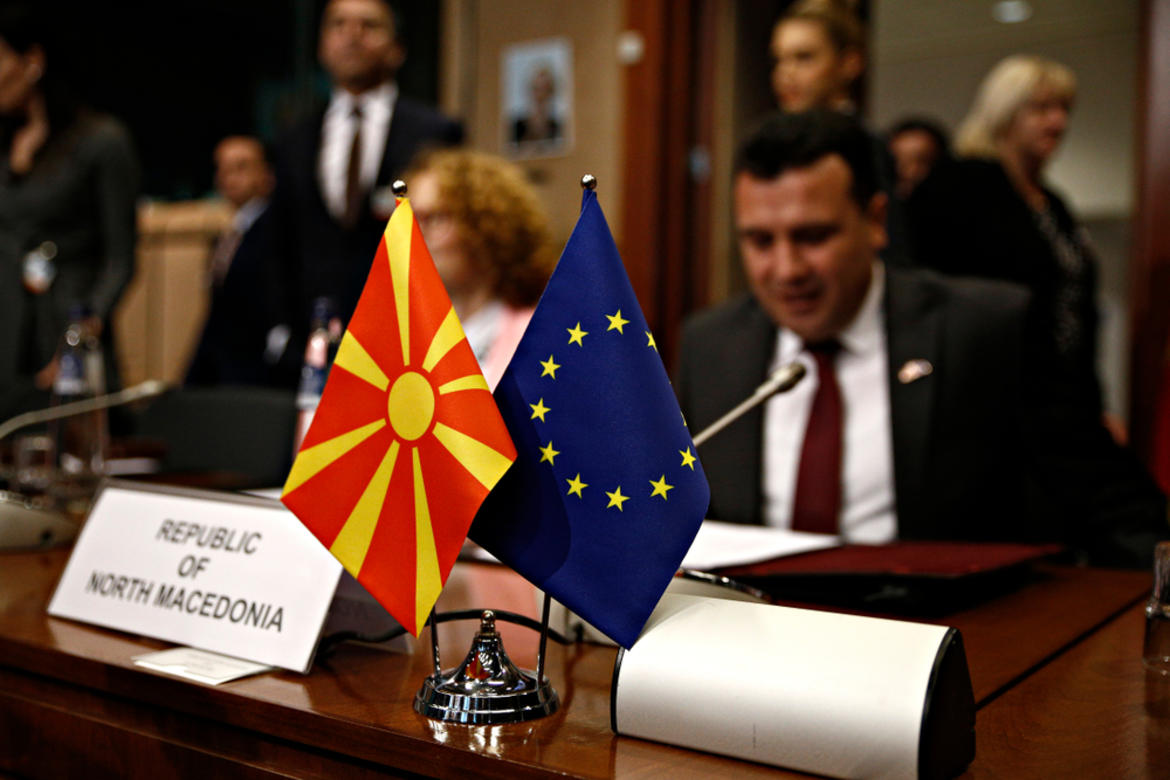 During the next European Council meeting on October 17 and 18, European leaders will be called upon to make decisions on major issues such as Brexit, the new EU budget, and the opening of accession talks with Albania and North Macedonia. They have been postponing decisions on the latter topic for more than a year: first during the June 2018 European Council meeting, and then at the meeting held this summer.

In recent weeks the EU institutions’ most influential figures have been working towards the opening of talks. Donald Tusk, president of the European Council, visited both Tirana and Skopje in order to reassure the respective heads of state and government of the EU’s desire to launch accession talks as soon as possible.

Furthermore, on October 3 the Council published a joint declaration signed by the president of the European Commission, Ursula von der Leyen, David Sassoli, president of the European Parliament, and Donald Tusk. “Whether the EU decides now to open accession talks [...] is a test of the Union’s ability to deliver on its promises and look to the future,” the declaration reads. “North Macedonia and Albania did what we asked them to do. Achieving that required a significant effort from their citizens, for whom the European perspective has been a great source of motivation and determination”.

Nevertheless, on two occasions the Commission has already expressed favourable opinions without beginning talks. While this joint declaration is unprecedented, it may not be enough: everything is up to the member states, and on this particular issue there is division within the so-called Franco-German engine of the EU. While Germany is one of the most active supporters of EU accession for the Balkan republics – with the Bundestag approving a motion in favour of opening talks last week – the same cannot be said of Macron’s France.

Last summer, in fact, agreement on opening talks was essentially obstructed by Macron , who claimed that he could not give the green light when French public opinion is so unfavourable towards those countries’ accession to the EU. Yesterday again, French opposition prevented EU foreign ministers' aggreement to opening accession talks.

Leaving aside the fact that the opening of talks does not equal EU accession, which requires major structural reforms and years of work (talks with Turkey opened in 2005, and only one of thirty-five negotiating chapters has been concluded so far), the limited number of polls on this topic don’t seem to justify such a clear-cut interpretation.

As the Eurobarometer data shows, the issue is highly contested at the European level, and support for further enlargement has in fact increased in recent months.

A poll recently conducted in fourteen member states by the European Council on Foreign Relations provides a clearer view of trends in national public opinion on the topic of EU enlargement.

Nevertheless, the reasons behind a general mistrust of enlargement in certain cases seems to be stem from a prevalent fear among European citizens of mass migration. Simply put, it is thought that opening the EU to the western Balkans would lead to large numbers of people deciding to migrate to other EU countries.

It is indeed true that public opinion in France seems more refractory than in other countries. However, unless we believe the French president decides foreign policy by direct democracy via opinion polls, it’s far more likely that Macron is using the topic of accession talks as a bargaining chip. For instance, at the same period as last June’s Council meeting there were also negotiations concerning the most influential positions within the EU institutions.

This time round, the forecast for Tirana and Skopje seemed much brighter than in earlier months. In an editorial published late last September, Bloomberg claimed that in all likelihood negotiations would be opened, citing documents their writers had managed to get their hands on. Yet the forecast have become gloomer in the last few days.

Any further delay in the opening of talks could all but extinguish the already low expectations that citizens of Albania and North Macedonia hold for European integration. This would seriously damage the credibility of the EU, and bring serious risks to the political stability of south-east Europe.