The UK is feeling the consequences of Brexit

The impact of closing the borders across the Channel at the same time as the COVID-19 pandemic is difficult to assess. But a few clues make it possible to draw up an initial assessment. 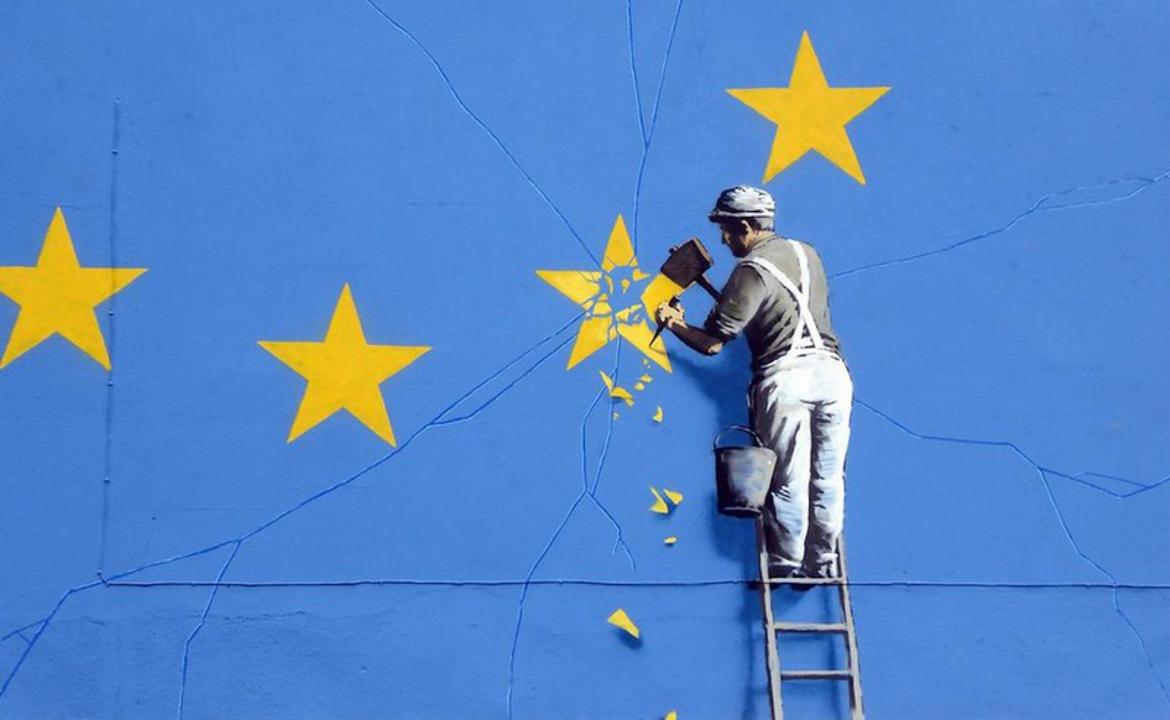 It’s been four months since border checks between the United Kingdom and the European Union have been re-introduced. Against a backdrop marked by the pandemic, this did not go smoothly. Across the channel, the lack of preparedness of the British at the borders has been brought to the fore by the health crisis. On the continent, Brussels is bristling at the fact that the United Kingdom has been leading the vaccine race. In retaliation, Brussels limited exports of EU-manufactured vaccines to the UK which is a violation of the cooperation agreement signed at the end of December. "The unpreparedness of the British was predictable and evident. However, Europe has demonstrated a questionable rigorism in the beginning of the year. Seeing the country that had left the EU faring better than you with regard to vaccination coverage sends a bad sign that is politically disastrous", explains Aurélien Antoine, director of the Brexit Observatory.

Let us remember than a no-deal Brexit was narrowly avoided. There will therefore be no return of quotas or systematic tariffs on cross-Channel trade. However, the cooperation agreement signed at the end of December 2020 introduces a number of barriers to trade in relation to the benefits provided by the single market. From now on, a British exporter must, among other things, "establish the origin of goods (only products with originating status that have either been produced in the UK or have undergone a production process sufficient to acquire UK originating status can benefit from duties exemption), declare his exports to customs, produce licenses and certificates showing that his product meets the applicable rules in the European Union, etc.", Vincent Vicard and Pierre Cotterlaz, economists at Cépii, explain in an article published on The Conversation website.

"Traffic flow used to be easy and quick between the borders [between the United Kingdom and France, editor's note]. Now, many parking spaces and customs checkpoints as well as veterinary and health checks have to be put in place," explains Isabelle Braun-Lemaire, permanent secretary of France’s Department for Customs, during a hearing with the Senate Finance Committee in early April. Jean-Michel Thillier, customs director for the Hauts-de-France region of northern France, reported 7,000 checks on 145,000 trucks that showed up at the French border from the United Kingdom for the month of March 1, meaning a rate of 15%.

According to initial estimates, UK exports to Europe fell by 75% in January 2021 as compared to December 2020 for food products (food and drink combined), and by 25% in the medical sector. The UK Office for National Statistics’ overall assessment was that UK exports of goods fell by 19% as compared to the previous month, and imports by 22%. But due to the pandemic, it is difficult to assess the impact of Brexit alone since the UK was forced to decree another lockdown in early January. Does this mean that we will never accurately know the impact of the split between London and Brussels? We can, however, already detect some clues by taking a closer look.

Assessing the impact of Brexit

To isolate the impact of Brexit, John Springford, an economist at the Centre for European Reform, compared trade flows to and from the UK to those of a group of developed countries with little or no similar economic characteristics over the past decade. The result: Brexit would have reduced total trade in goods by…22%. In addition, while the first lockdown had led to similar declines in British trade with the EU and with the rest of the world, trading with countries all around the world (which Boris Johnson plans to boost), was relatively maintained at the beginning of 2021 (+1.7% for exports and – 12.7% for imports in January as compared to December 2020) as compared to Europe. "Brexit is an obvious explanation here," concludes The UK in a Changing Europe, an independent research institute.

Finally, the fact that imports from the EU fell less (-28.8 %) than exports to the continent (-40.7 %) is a consequence of the difference in standard checks that came into force on both sides of the border. Concerned about the preservation of the single market, Europe introduced customs controls as of 1 January, but not the United Kingdom. Unprepared, and wishing to limit the adverse effects of Brexit on its already battered economy, Downing Street took advantage of the grace period offered by the cooperation agreement, which allowed it to postpone the introduction of customs checks until the end of March, and recently extended this period by six months.

"The decline in trade with the European Union cannot be fully attributed to Brexit alone", Vincent Vicard and Pierre Cotterlaz maintain. They also argue that the focus on the short term leads to overestimating the impact of Brexit on trade. This is due to several reasons. The first is how it has affected goods in storage at the end of 2020. "The uncertainty over the outcome of the negotiations and the anticipation of more unfavourable trading conditions in 2021 have pushed many players to trade earlier than planned. Instead of early 2021, they started transporting goods at the end of 2020 thus inflating trade in November and December," the authors explain. As a result of Brexit, the British statistical institute also had to change its method of collecting data on merchandise trade on 1 January, leading to an overestimation of trade numbers at the end of 2020, and an underestimation at the beginning of 2021. Finally, learning the new customs formalities may have represented a significant cost of entry for the players involved, which will be partially reduced over time, as pick-up in exports to the European Union in February seem to suggest.

Large British companies, which have been transacting business with the rest of the world and are used to carrying out customs formalities, will probably be able to cope with these additional costs. Not the case for the small business exporters, as observed by the British federation which defends the interest of SMEs. According to their survey carried out in March, one small business exporter in ten would have already thought about giving up trade with its European customers. Moreover, for certain fresh products that require to be transported quickly, it will be impossible to return to the easy trade circulation allowed by the European single market. The Scottish Seafood Association, for example, has noted that the transport of its goods to France now takes three days, instead of only one night before Brexit.

If the lack of hindsight is now likely to overestimate the impact of Brexit, other long-term effects currently unknown will lead to underestimating its impact. "It is often during the launch of new projects that companies review the organisation of their value chains; in the automotive industry, for example, choosing locations for their assembly line starts only when a new car model is launched," Vincent Vicard and Pierre Cotterlaz explain.

In search for partners...

Boris Johnson hopes to make up for the loss of the European market by being more open to the rest of the world, as stated during the presentation of his vision for the United Kingdom for 2030. So far, Downing Street has concluded "continuity agreements" with some EU partners (including Switzerland, Chile or South Korea) representing 13% of its total trade, a free trade agreement with Japan (which accounts for 2% of British trade), and other agreements that are being negotiated with Australia, New Zealand and the United States. With the latter, however, the negotiations seem to have stalled: at the moment, the Biden administration is more concerned about the recovery of the American economy and its positioning vis-à-vis China.

"Will these agreements make up for the loss of the European market? The available evidence indicates that they will not," Ingo Borchert and Mattia Di Ubaldo of the UK Trade Policy Observatory agree. This is especially due to the main determinants of trade which are cultural and, above all, geographical proximity. "All the meat we send to Europe is practically made of fresh or frozen products that fit into a tight-flow supply chain. This trade cannot be replicated with countries that are not on our doorstep," says Nick Allen, president of the British Meat Processors Association.

Many sectors of the UK economy are likely to be permanently affected by Brexit. To avoid a too abrupt transition and to rethink the UK's development model, public support for the most vulnerable sectors and households seems necessary despite Boris Johnson's conviction that "open markets are the best model for enabling the social and economic development of humanity".