The new legislation on haulage road transport, limiting East European companies’ access to Western European markets, is perceived by many in the East as yet another attempt to prevent citizens of new EU members states from reaping the benefits of the Single Market. 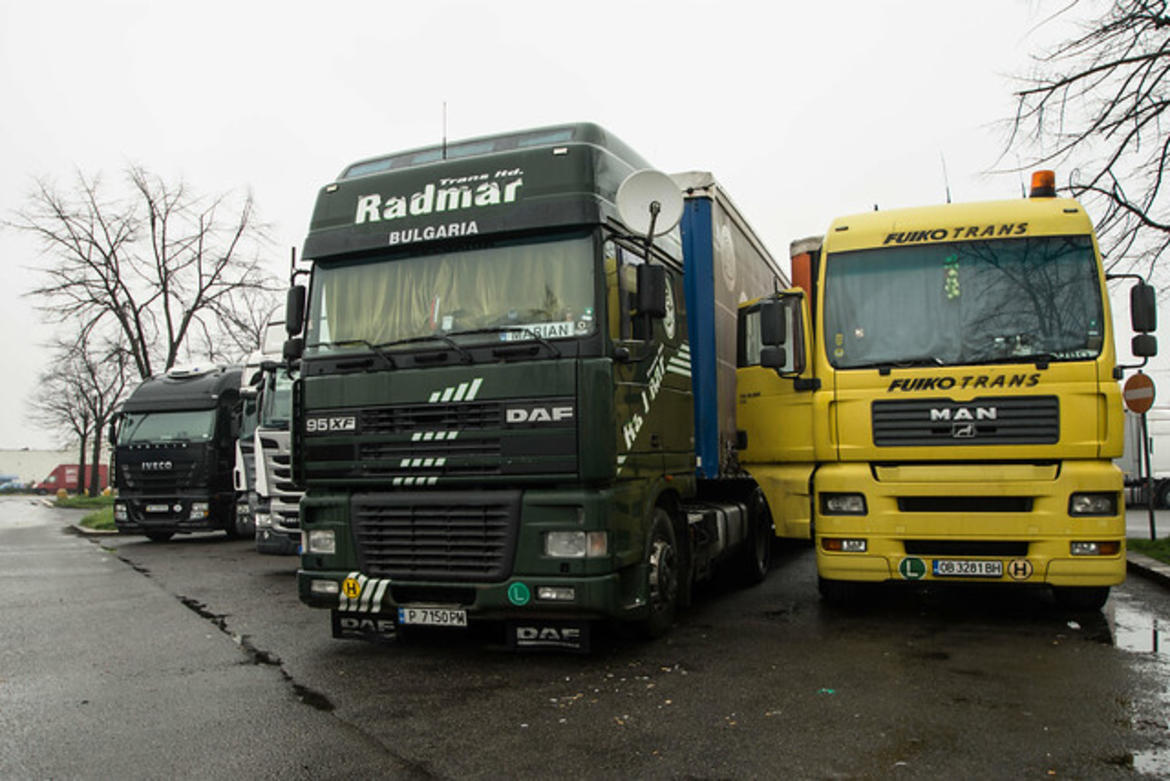 "Today we are witnessing a huge tragedy." Peter Lundgren, a Swedish member of the European Parliament, was not speaking here about the dire consequences of Brexit, the EU’s current blockbuster drama. Nor was his statement provoked by Europe’s inability to intervene and prevent the bloody civil war in Syria.

Lundgren’s disenchantment was motivated by something completely different: а failed vote on March 27 to adopt amendments to the so-called Mobility Package 1, an EU legislation regulating lorry drivers’ working times and remuneration. The amendments ended up being adopted a week later.

At first glance, the topic wouldn’t seem to call for such a dramatic tone. However, Mobility Package 1 has been one of the most controversial pieces of EU legislation in recent times. It hasn’t attracted the worldwide attention which the copyright reform received, since that involved Brussels’s attempt to rein in global giants like Google and Facebook; and the disputes have never reached the crescendo of the migration debate. But in the last two years, since the European Commission proposed them, the new rules for road haulage transport have pitted East against West, exposing once again a rift between the more affluent countries trying to protect their well-paid jobs, and countries from the former Soviet bloc trying to catch-up at all costs.

What the Mobility Package is all about

In a nutshell, the new legislation limits East European companies’ access to well-paying West European markets. Hauliers will need to make sure that their drivers return home and get rest at least once every four weeks (the European Parliament supported an amendment that required the lorries to return back to their home-base as well), which means that companies from peripheral countries like Bulgaria or Latvia can operate continuously for no more than two weeks in the profitable French or Dutch markets.

In addition, drivers need to be paid the local minimum wage (if it is higher than the one in their native countries) as soon as they cross the border, depriving East European haulers and drivers of their cost advantage. East European companies have the benefit of employees who are relatively cheap, mainly because they require lower social security payments in their home countries and are willing to spend long hours on the road, sometimes up to three months.

The cost advantage of course comes with an unpleasant twist – lorry drivers rarely spend the night in a hotel, they rather sleep in their truck cabins and often go back to their families only once in three months, when their required mandatory leave should be taken under the current legislation. But many employees take these jobs because they pay well – at least  by the standards of their home countries.

The question is, should anyone stop workers who willingly take tougher jobs?

Western European governments, trade unions and companies say ‘yes’. According to them, drivers are exploited by their employers who refuse to abide by the higher social standards in the West.

Eastern European governments and transport companies say ’no’, maintaining that the free market allows everybody to pursue their best interests, giving East European drivers the chance to earn wages on par with their West European peers.

For the so called “Road Alliance” (Austria, Belgium, Denmark, France, Germany, Italy, Luxemburg, Sweden and Norway), Mobility Package 1 will prevent unfair competition caused by social dumping, i.e. by companies based in countries with lower salaries and social standards. In his recent letter to European citizens , Emmanuel Macron painted a picture of a stronger, re-energized European Union, but played down the importance of the bloc's single market. “A market is quite useful, but it must not make us forget the need for protective boundaries and unifying values,” wrote the French President.

The alliance of so-called “like minded countries” (a floating coalition of countries led by Poland, Bulgaria, Latvia, Lithuania, Estonia, Hungary and Romania) takes the opposite view. In their opinion, the new legislation is another example of protectionist policies disguised as social rights concerns, aiming to stop East European companies competing on equal terms with their West European peers. "I have the feeling that if companies from big countries do business in Eastern Europe, it is called a free market. If East European companies do business in the West, it is unfair competition and social dumping”, said Bulgarian socialist MEP Peter Kouroumbashev, voicing sentiments that are shared by many East Europeans.

Nevertheless, it appears that Mobility package 1 will soon become law, despite opposition from East European countries. It has passed on first reading in the European Parliament and European Council. Both institutions need to find a compromise after the elections in May, when the new European Parliament is established.

Passions, however, refuse to settle. Disputes will continue to cast a shadow over relations between the West and East European members of the EU.

The European Commission proposed Mobility Package 1 in 2017 as a response to several countries – France and Germany among them – introducing legislation to restrict East European companies from operating in their markets. The Commission, in its role as guardian of the treaties, initially responded by taking legal action in 2016 against both countries, claiming that “the systematic application of the minimum wage legislation by France and Germany to all transport operations touching their respective territories restricts in a disproportionate manner the freedom to provide services and the free movement of goods”.

Later, however, the European Commission sided to a large extent with the “Road Alliance”, and adopted all of the measures proposed by the eight member states. Suddenly, the new legislation became part of the EU executive’s “Europe that Protects” agenda. The European Commission’s change of heart is largely driven by Brexit. The UK’s referendum to leave the EU, held just weeks after the infringement procedures were initiated against France and Germany, was a wake-up call for the Brussels institutions, which scrambled to thwart any real or perceived sources of the UK’s discontent with the EU. One of those issues was immigration, the other was competition from East European labour.

Faced with growing anti-European sentiment in France and Germany, the European Commission rushed to dampen any rumour of Frexit by handing Macron a strong weapon against his opponents in the 2017 presidential elections. Instead of fighting the provisions in the so called Loi Macron, which introduced a number of measures that may be perceived as contrary to the letter and spirit of the Single Market, the European Commision decided to embrace them – just a few days after the presidential elections in France, conveniently enough. This provided Macron with good talking points on social dumping during his campaign, and an early victory as newly elected president.

This turn of events has not been greeted with any pleasure in Eastern Europe. Currently, the more or less liberal rules of the EU’s Single Market have allowed Romania’s GDP per capita to rise by more than 60 percent since 2006, while the Czech Republic is already richer than Portugal. Any measure that prevents this process of catching up is regarded as an affront by most East European governments. While policies like Mobile Package 1 may help to soothe tempers in the West, they increasingly give rise to anti-EU sentiment in the East.

Over the last decade, there has been increasing talk from the more affluent countries about the lower taxes and salaries in the new member states, which are blamed for a form of social dumping. Governments in new member states fear that a new string of legislative proposals on issues such as tax harmonization and minimum wage, which might seem fine in theory, will follow in the footsteps of Mobility Package 1, stifling their growth potential and producing yet another wave of emigration by skilled workers.