A German commission recommends phasing out coal power over the next 19 years – which will provide additional arguments to build the controversial Nord Stream 2 pipeline from Russia, which both the European Commission and the US have reservations about. 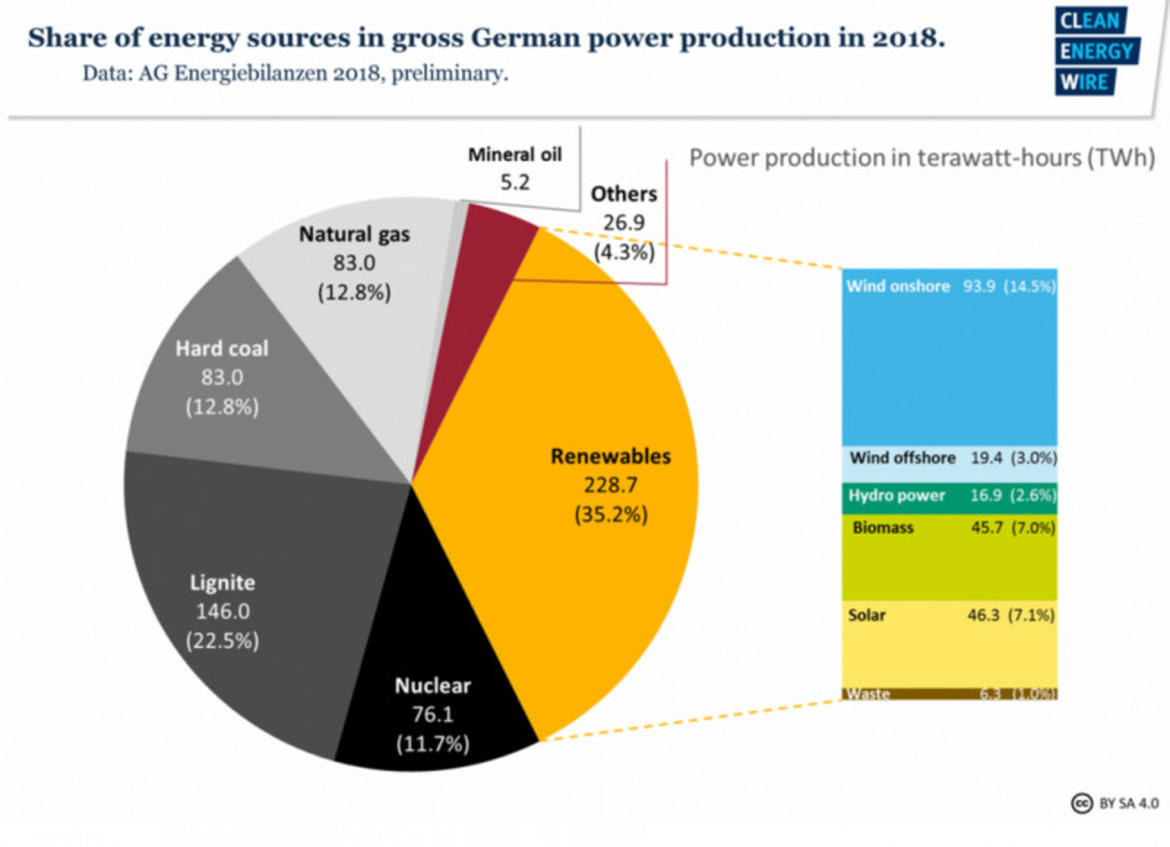 Germany should gradually close down its coal-fired power plants by 2038, an advisory commission has said in its final report, published at the weekend. "We made it. … This is a historic effort," said the commission's chairman Ronald Pofalla on Saturday (26 January). While the 336-page coal phase-out plan still needs approval from the German government, it would be a surprise if it were rejected.

In 2018, 22.5 percent of Germany's electricity was produced by lignite, and 12.8 percent by hard coal – in total, a full third of power coming from coal, the most CO2-intensive fossil fuel. The plan to phase out coal would be a big step for Germany to reduce its CO2 emissions, which have stagnated in recent years.

A challenge is that Germany has already embarked on a mission to phase out nuclear power , which despite its other environmental concerns is relatively clean when it comes to greenhouse gas emissions.

A large share of Germany's electricity comes from wind and solar power, but technology has not yet advanced far enough for renewable energy to be stored for periods when there is no sun and wind. Countries therefore need some kind of back-up power, which in Germany has been coal.

It looks likely that partially that will be replaced by natural gas from Russia.

"We have a very difficult problem, namely that almost the only sources of energy that will be able to provide baseload power are coal and lignite," said Merkel in a speech at the World Economic Forum in Davos last week. That speech gave a hint of how Merkel would combine two policy challenges: the coal phase-out and the controversial Nord Stream 2 project.

Nord Stream 2 is a planned pipeline, through which state-owned Russian gas company Gazprom would provide Germany with natural gas. Several of Germany's EU allies and the US are strongly against the gas pipeline, because they fear it will both undercut Ukraine and make Europe too dependent on Russian gas. Germany however is in favour of the project, for which construction began in Germany last year.

The European Commission also has serious reservations about the project. So too do environmentalists: natural gas may be relatively less CO2-intensive than coal, but it is still a fossil fuel that contributes to climate change.

"I believe we would be well advised to admit that if we phase out coal and nuclear energy then we have to be honest and tell people that we'll need more natural gas," said Merkel in Davos last week. She said that natural gas would "play a greater role for another few decades", and referred to the discussion about Russian gas.

"The dispute about where our natural gas comes from is thus a bit over the top. For, on the one hand, it's perfectly clear that we'll continue to obtain natural gas from Russia," the chancellor said. "However, it goes without saying that we want to diversify. We'll therefore also purchase liquid gas – perhaps from the United States and other sources."

On Sunday (27 January), the Munich-based Ifo Institute criticised the commission's report. "According to calculations by the Ifo Institute, the exit from coal is at least partially offset by imports of nuclear and coal-fired power from Poland and the Czech Republic,", the institute said in a press statement .