Mine tailing dams: the giants we ignore at our peril

Tailing ponds are among the largest and most dangerous structures engineered by humanity, but their operation is virtually unknown to those who don’t live in their vicinity. Europe is no less at risk from incidents than the rest of the world. 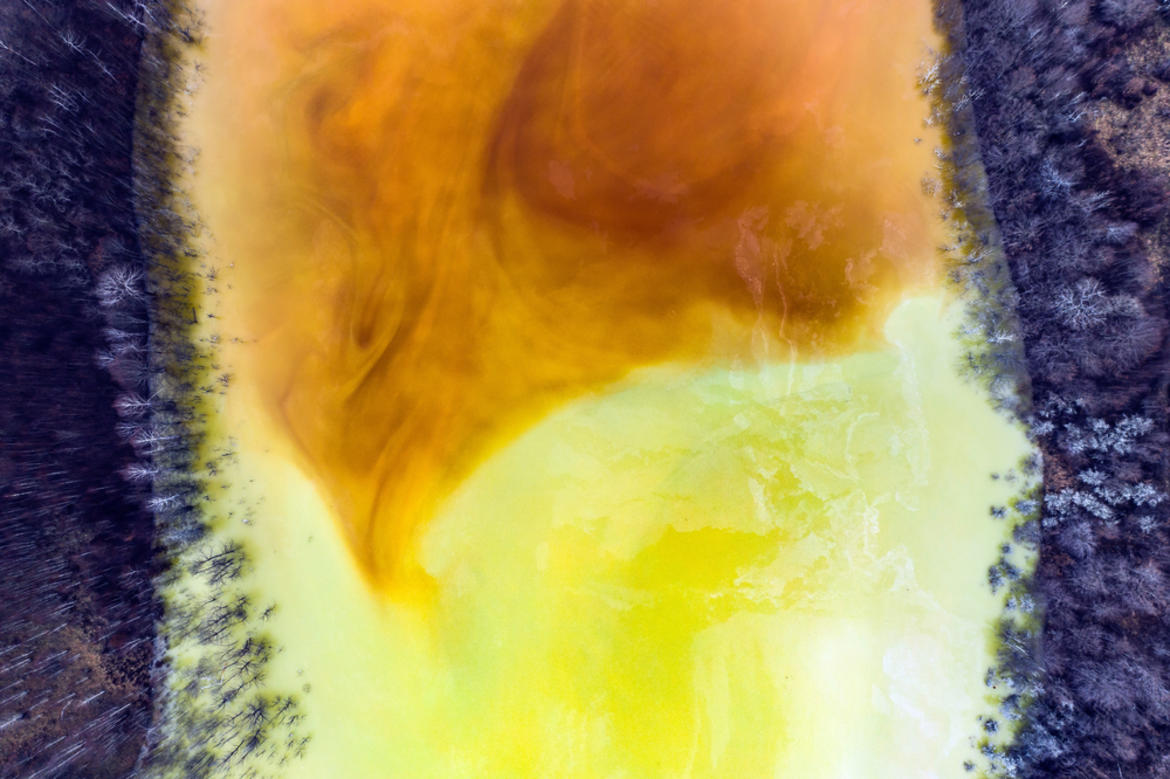 25 January 2019 had seemed like a normal enough day for the iron mine workers in Brumadinho, in Brazil’s Minas Gerais province. Many were taking their lunch break when, at 12:28 surveillance cameras showed the almost 90 metre high earthen dam instantaneously pulverised. In just a few seconds 12 million cubic metres of water and waste from mineral processing submerged everything within seven kilometres: trees, homes, animals, railway tracks.

Looking at drone-footage of the devastation, millions of people recognised, perhaps for the first time in decades, the dark side of a sector fundamental to our era but nearly invisible: mining. Two years later, the families of the nearly 270 victims, many of whom were employed by the same mining facilities, still want justice. While the judiciary tries to ascertain criminal responsibility and discussions of compensation are underway, the technical reports are already available. These reports leave no doubt: the Brumadinho collapse was not a natural disaster, but a man-made disaster, which could have been predicted and avoided.

This disaster is perfectly in line with the mining cycle. It is the outcome of decades of poor land management, forgetfulness, and unheeded warnings.

Just three years earlier, a few dozen kilometres away, the Minas Gerais were hit by a similar disaster, though even greater in dimension. The mineral being extracted was the same – iron – as was the company owner – multinational Vale SA. An unprecedented deluge (40 million cubic metres) washed over more than 200 km of Rio Doce, submerging the Mariana habitat and causing perhaps the greatest environmental disaster in Brazil’s modern history.

In 2008 it was a containment dam in the Taoshi iron mine in China which collapsed, killing at least 250 people. Other incidents of similar magnitude have hit China in recent years, as well as the Philippines, Myanmar and Canada.

While in recent years the countries most affected are developing ones, and the companies are relatively young, Europe is anything but safe from such disasters. In Romania the dams of the Baia Mare gold mine collapsed, releasing tons of cyanide into the Danube basin, poisoning a large part of it. Ten years later in Hungary, a similar incident cost the lives of ten people.

In 1985, the village of Stava in the Italian Alps was destroyed by fluorite mining waste in one of the most serious mining disasters in recorded history, caused by managerial neglect, which put profits before safety. An even worse incident occurred in Bulgaria in 1966, when mining waste swamped the town of Zgorigrad. Despite the efforts of the regime in power to minimise the disaster, today the staggering magnitude of the tragedy is well-documented: at least 488 victims.

The collapse of tailing ponds killed at least 2900 people in the last century. The environmental damage, due primarily to the extensive contamination of the soil and water, has already lasted generations.

As high as one hundred metres, and often kilometres long, the structures containing tailings dams are among the largest structures ever made by man, and also among the most dangerous. Yet their operation, if not their very existence, is virtually unknown to those who don’t work there, or live in their vicinity.

In many active mines, the enormous quantity of material extracted is reduced to a pulp and then immersed in water, inside reservoirs enclosed by earthen dams. Time, weight measurements, chemical treatments, and more or less sophisticated machinery contribute to the separation of metals and minerals of economic value (a small fraction) from the waste material. As the process continues the pond is filled, and sometimes it is necessary to raise the level of the dam. New dams are often required, built with other waste material, often upstream from the previous dam, supported by already deposited waste. These are “upstream dams”, the most widespread and also the most dangerous, especially when poorly designed.

Tailing dams can all too often be treated as provisional structures, even though they are typically used for several decades, expanding at a pace more dependent on the market than geology. It is believed that there are around 30,000 of these structures around the world, 12,000 of which are in China. Following far behind is the United States. The majority of serious incidents, but not all, occur in the active dams (a little over half of the total).

The logic of disaster

Lindsay Newland Bowker lives on a small island off Maine in the US. After a rich professional life as a data analyst, he thought he could enjoy his well-deserved pension and the Atlantic breeze. Instead, she has become one of the world’s leading experts in incidents caused by tailings dams. Working with a team of “tailings nerds”, over the last seven years she has analysed an impressive quantity of data. Her website is by a large margin more complete than any other resource available online. In fact, despite much research being conducted on mining incidents, there are no official archives for either existing structures, or incidents.

The data speaks for itself: tailings incidents are increasing, in both frequency and gravity. The map published above shows the most serious disasters recorded, calculated according to the number of victims and the volume and distance of the spill. Almost half of the most serious incidents known happened after 2000. And after 2010 things are even worse.

While the demand for mining resources has increased in recent years, proportionally the quantity of waste has grown even more. In contrast to the past, today even very low-quality reservoirs are exploited, meaning that, for the same quantity of material, it is necessary to excavate, process and dispose of a growing percentage of rock. Technology has indeed become more and more efficient, but efforts are more focused on extractive capacity than safety, much less the reduction of waste. While in other sectors there’s talk of “zero waste” and the circular economy, in 2010 the annual waste ending up in mining reservoirs exceeded the previous record at 14 billion tons.

When waste from the Prestavel mine in the valley of Fiemme (Italy) overturned the lives of his family, Luca Zorzi was just a year old. Today he’s a scientific consultant for the Stava 1985 Foundation , which tirelessly campaigns for a culture of safety in the sector, and for the memory of the 268 victims. Zorzi is also a trained geologist, who follows mining work around the world, including the tailings dams.

Zorzi has no doubts: even if technical errors are always possible, “there’s plenty of knowledge about good design, and for the most part it's applied. But when the socio-cultural context allows for shortcuts the problems start to pop up”. Behind the disasters, he explains, there’s often a long chain of (often conscious) negligence: softball inspections, performed by yes-men rather than technicians, criminally ignored reports, or sometimes just a single, lethal act of incompetence. “If we keep playing this economic-political game where profit comes before safety we’ll never make it,” concludes Zorzi.

A change of pace. Almost.

The 2015 Mariana incident brought awareness to the international community of the need to deal with this problem at the international level. The Brumadinho tragedy was the straw that broke the camel’s back. But good intentions have yet to lead to appropriate action.

After the Brazilian tragedy, the Anglican church, which invests many pension funds in the mining sector, undertook to inventory and evaluate the conditions of tailings ponds around the world. The results, shared on a portal , should hopefully discourage any investment in unsafe mining operations. Unfortunately, despite the noble intentions, the database is still virtually empty.

After Brumadinho the Global Tailings Review was born, jointly established by the United Nations Program for The Environment, the ICMM, the main body of the international mining sector, and a network encouraging responsible investment supported by the UN. In June 2020 the Global Tailings Review approved a standard which, so the signatories intended, would formalise the steps to construct and manage tailings safely. This is undoubtedly a step forward, but among activists and students there are many who think it’s far from enough to reduce accidents.

Newland Bowker claims that it would take a new institution that could stand up for itself, with financial provisions, such as insurance and subsidies to ensure the safety of existing tailings. “It is typically believed that mining companies breathe gold, but they often operate on the tightest of profit margins. Assuming they’re willing, it’s not realistic to think that they’ll do it all alone”.

“We note that the standard approved last summer is more than has been done so far. That said, it’s totally insufficient”, comments Jan Morrill of the US NGO Earthworks. Associations and representatives of the community participated in discussions, and the text gives great emphasis to the involvement of the population affected. And yet, according to the activists, it’s just window-dressing. “In the final text, our remarks have been totally ignored”.

Earthworks has a much more radical proposal, signed by more than 140 associations from around the world. As the title – Safety First – makes clear, the last word on a project should always be left to the community that is directly affected. Considering that a large part of mining takes place in remote areas, often poor or inhabited by minorities, and where politics and the jobs of so many depend on these mining operations, the latter point seems almost unimaginable. When there’s informed consent, it’s usually only on paper. According to a report by NGO Global Witness, in 2019, of all activists, those involved in the mining sector suffered the most harassment and violence.

“Other issues linked with the mining world, such as lead and asbestos, became hot topics because practically the whole population had to deal with it”, suggests Newland Bowker. Mines and tailings, on the other hand, are spread over the four corners of the world, far from prying eyes. In reality, we are surrounded by metals and minerals extracted with the help of tailings. Change begins with noticing.