Since the beginning of the year, five infringement procedures have been initiated against Italy. Only five countries have kept their numbers lower. The total number of infringements against Italy has dropped to 82. This makes Italy the seventh least problematic EU country in this regard. 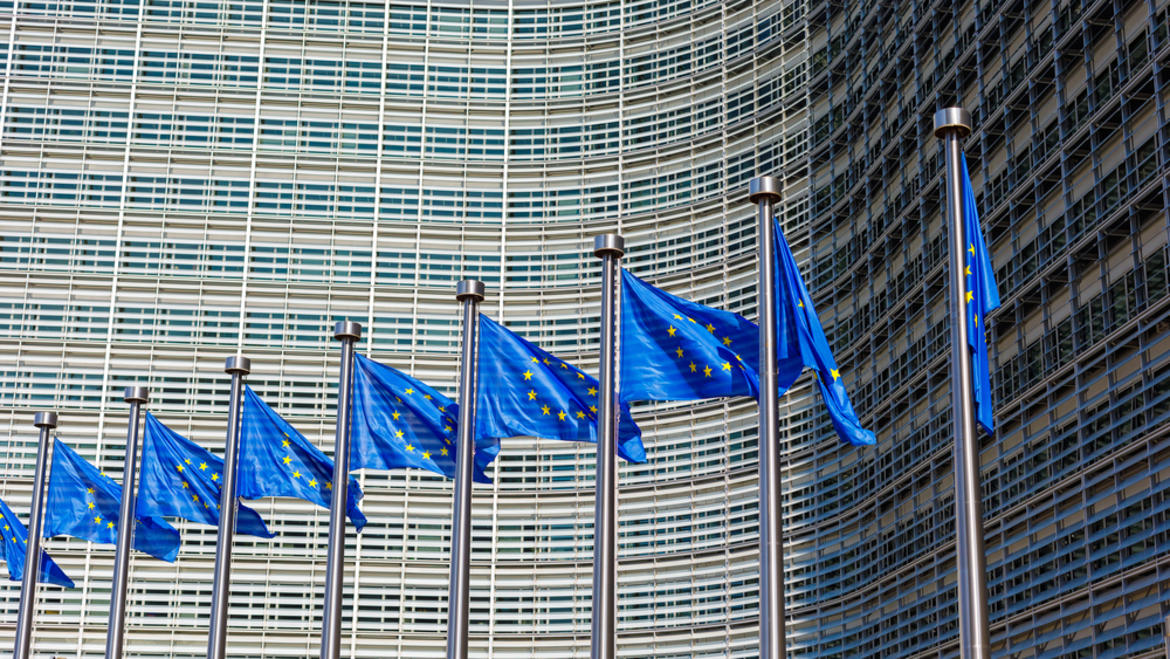 One of the most contentious aspects of EU policy is compliance with European legislation. Every year, directives and regulations approved by the EU have to be implemented in Member States’ national legislation. If these nations fail to comply, so-called infringement procedures are triggered, which can lead to sanctions of increasing severity.

With new data from InfringEye , realized together with the European data journalism network , we analyze developments in infringement procedures. Since the beginning of the year, a total of 165 procedures have been opened. Five of these (3 percent) have been launched against Italy. This would seem to be a positive outcome: only Ireland (1), Denmark (2), Croatia, Latvia and Holland (4) have performed better than Italy in 2021.

The procedures still open against Italy come to 82 in total. This puts Italy in seventh place among the countries with the greatest difficulty complying with European law. Compared to our last update , however, Italy’s position has improved: in November 2020 the country faced 85 pending procedures, and took fourth place in the aforementioned ranking. These results can be attributed to the Conte II government, which has managed to reverse the trend that persisted during the so-called gialloverde government (shared between the Five Star Movement and Matteo Salvini’s Lega).

So what are infringement procedures, and how do they work? EU member states have a duty to bring their domestic legislation into line with EU regulations. The European Commission is responsible for ensuring that this happens. When a member state fails to fully transpose an EU directive within the prescribed period, or when regulations are incorrectly applied, the commission can initiate a formal infringement procedure.

The two articles of the Treaty on the Functioning of the European Union (TFEU) that govern this process are 258 and 260. Procedures can be opened in a number of ways. In addition to internal investigations carried out by the commission, citizens, companies and non-governmental organizations can report the failure of a state to comply with EU regulations.

There are three reasons that can lead to the launch of an infringement procedure:

This initiates litigation against the member state, on the part of the Commission. Brussels can require the member state to comply with EU regulations by a certain date. If this does not happen, the commission can decide to appeal to the European Court of Justice. If, despite the court's ruling, the country in question still fails to rectify the situation, the commission can take the country to court again, this time under TFEU Article 260 .

At this point in the dispute, the court can also impose economic sanctions against the member state. These sanctions are no trifle: according to the annual report of the court of auditors , in 2019 Italy has had to pay over 655 million euros in penalties since 2012.

Infringement procedures opened since the start of 2021

Despite the fact that we are still in the early months of the year, there are already 165 new infringement procedures in 2021. As of 17 March, total procedures currently underway now amount to 1821. Among the countries facing the highest number of new infringements are Poland and Cyprus with 10, Bulgaria and Belgium with 9, and Romania with 8.

Italy’s improved behaviour, compared with the recent past, is also confirmed by analysing trends in overall pending procedures against each member state. While In our previous report there were 85 infringements against Italy, this number has now dropped to 82. Italy thus moves from fourth to seventh place in the ranking of countries with the highest number of pending procedures.

Oddly enough, despite having now definitively left the European Union, in 2021 an infringement procedure was nevertheless opened against the United Kingdom. The dispute concerns non-compliance with obligations relating to relations between Ireland and Northern Ireland. More generally, there were 94 open infringement procedures against the UK before "Brexit" — the second highest figure after Spain.

The number of pending cases against Italy can be considered a good barometer of the relationship between Italy and the European institutions. The governments of the last legislature, especially those led by Renzi and Gentiloni, clearly pursued policies that attempted to reduce tensions.

While at the beginning of 2014 the number of cases exceeded 100, in March 2018 (the end of the Gentiloni government) this figure amounted to only 59. Then, with the advent of the Lega and Five Star coalition, infringement procedures began to rise once again. According to data from Chigi Palace’s European policy department , on 18 September 2019 (just a few days after the end of  first Conte government) there were another 22 infringement procedures against Italy, bringing the total to 81.

In June 2020, a record number of 92 pending infringement procedures was reached. From there, however, serious attempts to reverse the trend began. By October 2020 the number of pending procedures had dropped to 85. There was then an upturn that led to a new peak in February when the number reached 91. A few days later, however, this number dropped again. Between February 3 and 18, 10 procedures were closed en bloc. Thus, overall, compared to October of last year, there are 3 fewer infringements against Italy, and 10 fewer than in June.

Something to give serious consideration is the ratio between new infringement procedures and those that were closed in the same period. This is perhaps the most helpful indicator for understanding how the Conte II government has tried to improve its position vis-à-vis the EU.

Moreover, although Italy continues to be one of the countries with the highest number of open procedures against it, compared to June 2020 it has reduced this figure by almost 11 percent. This is the second best performance at the European level in the period in question, after Portugal (-15.7 percent).

Among the larger European countries, Italy is the only one to have improved its position. Germany has a neutral balance, while France and Spain have increased the pressure of infringements against them by 10.2 and 5.2 percent respectively.

At what stage are infringement against Italy, and what are they about?

Between the Commission’s formal notice to the imposition of a fine by the European Court of Justice, there can be a long stretch of time. The infringement process can be long and complex. It is for this reason that, in going into more detail, it is necessary to differentiate between the different steps of the procedure.

Of the 82 infringements currently in progress, 34 (41.5 percent) are still at the beginning. For these, in fact, the last update dates back to the transmission of formal notice by the Commission, as described in article 258 of the TFEU. On the other hand, there are 7 (8.5 percent) that are currently in the most advanced stage: the Commission’s appeal to the European Court of Justice, as defined by article 260 (which may lead to financial penalties).

As for the sectors most affected by infringements, in Italy the environment takes the top spot (19), followed by transport and mobility (12), industry and the market (10), then taxation, energy and internal affairs (8).

Indeed, the environment is the main cause of infringement procedures in most European countries. The only exceptions are Portugal, Belgium, the Netherlands, Luxembourg, Greece, Lithuania and Estonia. This is an indication of the fact that, despite the fact that this issue is now constantly at the center of public debate, member states are still struggling to meet the ambitious goals that the EU has set itself on this issue.

EU Pilot, when infringements are nipped in the bud

Each year on average, more than 3500 complaints are received by the Commission for possible violations of EU law. Few of these, however, result in official investigations. In 2019, for example, there were 3525 complaints to member states and only 150 (4.3 percent) resulted in the commission launching investigations. Italy was the second country (after Spain) against which most complaints were filed: 375, about 10.6 percent of the total.

Confirming this, of the 375 complaints against Italy, only 18 cases have led to the opening of an EU pilot. The EU Pilot is a system launched by the Commission in 2008 which anticipates the beginning of an infringement procedure in order to avoid litigation against a member state.

Generally, EU Pilot procedures have a very high resolution rate. The resolution rate is the percentage of EU pilots processed by the European Commission for which the responses given by the member states have been accepted, i.e, cases where no formal infringement proceedings were initiated, and in which a prior communication avoided official litigation. Of the 244 Eu Pilots dealt with in 2019, 187 were closed by the Commission, which then deemed the response provided by the member states satisfactory. This resolution rate is therefore 77 percent, giving 2019, along with 2017, the highest figure of the last 6 years.

However, as also underlined by Italy’s European policy department, this instrument has been used less and less in recent years, though in 2019 the number of open EU pilots rose again compared to the previous two years.

Thus, with the exception of 2018, Italy has recorded a particularly high resolution rate in recent years. This is a considerable achievement, even if it might seem to occupy a sector that is limited to issues of a technical nature.