The next five years the European Union will be more fragmented than ever. This fragmentation is the key lesson of the 2019 European elections. However, contrary to the dominant narrative of the last decade or so, the old centrist blocs are not confronted with just a plethora of anti-system populist parties and groups. 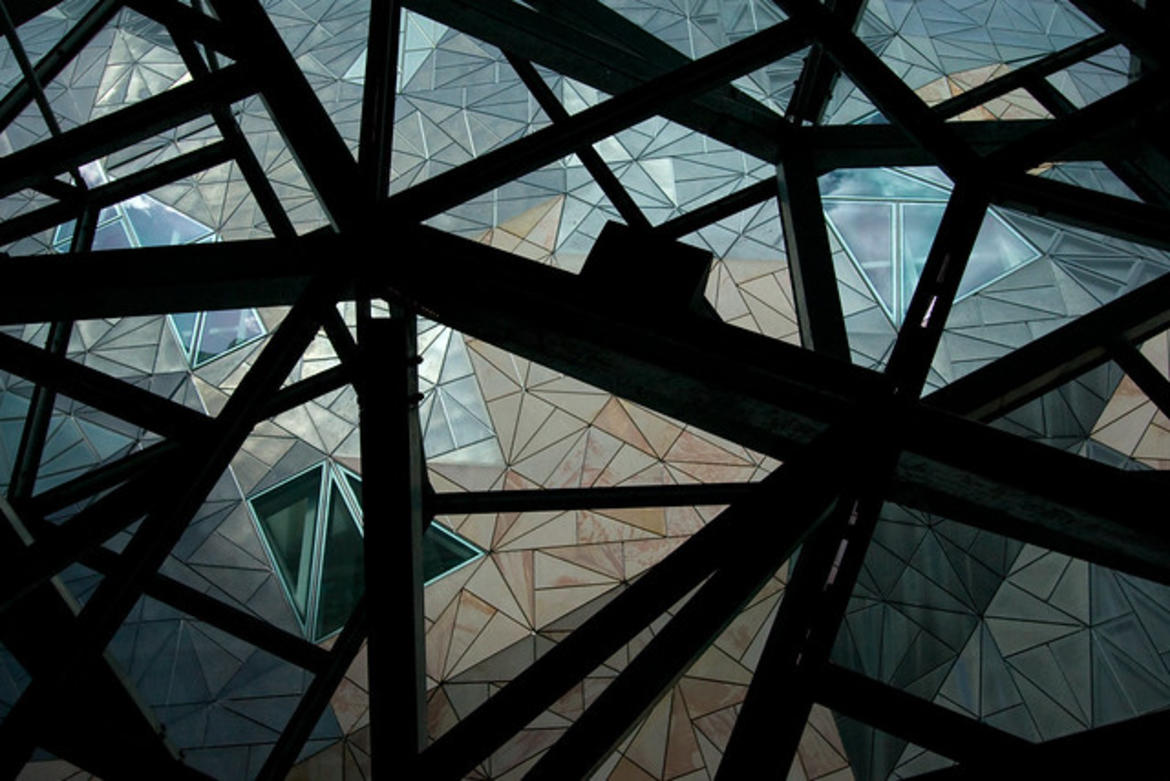 It feels a bit like an anti-climax. The 2019 European elections did not bring what the media had promised us, i.e. a populist takeover of the European Union, or at least the European Parliament, so they quickly lost interested. There were a few articles declaring “peak populism ” or a “Green Wave”, but, deep down, the media had already moved on. Even Fareed Zakaria, the perfect bellwether for elite opinion, could not get further than a bland “The West’s Crises Are Over, But the Populist Fury Remains.”

The main story of the 2014 European elections was, or should have been, the fragmentation of the political system, a logical consequence of the ongoing fragmentation at most national levels. Today, only six of the 28 EU member states (21 percent) have a party that gets more than one-third of the votes (down from ten in 2014), while only a slight majority (16) have a party that won at least one-quarter of the vote. Only Malta still has two parties over 33 percent of the vote – in Poland one of the two is a coalition of parties – while in 16 countries (57 percent) the biggest two parties together did not account for a majority of the votes.

The 2019 elections also confirmed the declining support for the “pillar parties” of the EU, i.e. the center-right parties of the European People’s Party (EPP) and the center-left parties of the Socialists & Democrats (S&D). Although individual parties are still moving in and out of the various political groups, and new groups might be formed (e.g. Matteo Salvini’s Alliance of European Peoples and Nations) while old groups might disappear (e.g. Nigel Farage’s Europe of Freedom and Direct Democracy), the EPP and S&D both lost around 35 seats – which accounts for about 18 percent of their total number of seats in the previous legislature. More importantly, and as expected, the two groups lost their majority in the European Parliament.

Finally, the 2019 elections showed that European elections are still of secondary importance to Europe’s elites and masses. Election campaigns were once again minimal and what little there was focused mostly on domestic rather than European issues. Quite often national party leaders were interviewed, or invited to debate, rather than the candidates leading the European party lists. Dutch Prime Minister Mark Rutte, who has already discouraged voting in the runup to the 2014 elections, stated that he thought European elections were “not so relevant ”. In the United Kingdom, which had decided to contest the European elections at the last minute, there literally was no campaign except for Nigel Farage’s new political enterprise , the Brexit Party.

But what about the increased turnout, I hear you think. Indeed, turnout was up, for the first time since the European Parliament was directly elected in 1979. In response, Jean-Claude Juncker’s powerful secretary general, Martin Selmayr , triumphantly declared, “The real winner of this election is democracy.” Commentators cheered the “huge surge in turnout ” (it was an increase of 8 percent), thereby celebrating a EU average turnout of just 51 percent – which would be below 50 percent if three countries would not have compulsory voting (in particular Belgium and Luxembourg).

It also seems far-fetched to claim that the increase in turnout is evidence that “Europe was a subject that was discussed more and people were more engaged .” Turnout went up most in Austria (+12.1%), Germany (+13.5%), Hungary (+14.5%), Poland (+23%) Romania (+18.9%) and Spain (+18.4%). Five of these six countries have highly polarized national politics, which are a much more likely explanation for the increased mobilization. This is not to say that the increase in turnout is not positive or real, but rather that it makes only a slight dent in the image of general disinterest in European politics at both the elite and mass levels.

There were also at least two important ways in which the 2019 European elections broke with the previous trend. First and foremost, the gains were spread much more evenly among anti-system and pro-system parties this time around. Whereas populist parties were the clear winners in 2014, and (albeit to a lesser extent) in 2009, they made more modest gains in 2019. Moreover, the pro-system The Greens-European Free Alliance (Greens/EFA) and, particularly, the Alliance of Liberals and Democrats for Europe (ALDE) were among the big winners too, with 23 and 41 (including Emmanuel Macron’s En Marche), respectively.

Interestingly, while the media are all over the “Green Wave ”, there is little love for the liberals. Many international media hail the Green “surge ” and the “quiet revolution ” that is “set to transform energy policy .” Some even present the Greens as “an answer to climate change – and the far right .” Maybe they are, but so far that answer is only (moderately) popular within Europe’s Northwestern member states. The Greens are not “experiencing an astonishing rise in Europe,” as they are almost completely absent from Eastern and Southern Europe. With the exception of Lithuania, the few elected members from Greens/EFA parties from these regions are not environmentalists but regionalists and (Czech) Pirates. But even in the Northwest the Greens are at best a medium-sized political force, constituting the biggest party in no EU member state and the second-biggest party only in Germany.

The liberals, on the other hand, are much more a pan-European political force. First, ALDE has successful parties throughout Europe, from Venstre in Denmark to Ciudadanos in Spain and from the Liberal Democrats in the UK to the Coalition Alliance 2020 in Romania. Second, they have heads of state or government in several EU member states (including Czechia, France and the Netherlands), giving them a voice in the (more powerful) European Council and European Commission too. In fact, liberals are trying to use their new political power to weigh more heavily on the top jobs in Brussels.

Not only did populists have to share the spotlight with the Greens and liberals, their gains were much more modest than expected – even if those expectations were inflated by the media hype. Moreover, the real gains were not for the populists, but for a specific subset of populists. Left populist parties like Podemos in Spain and Syriza in Greece, who had been among the major upstarts in 2014, performed poorly in the 2019 European elections. So did most other, smaller, left populist parties, from Unbowed France to the Socialist Party in the Netherlands.

This time the victory of “the populists” was squarely on the right side of the political spectrum, more specifically on the far right. Populist radical right parties increased their presence within the European Parliament significantly, compared to the 2014 elections in particular. There were several reasons. First, for the first time ever, populist radical right parties won big in many of the larger EU member states (notably Italy, Poland, UK). Second, and related, several big parties transformed into populist radical right parties and politicians between 2014 and 2019; most notably Viktor Orbán and Fidesz in Hungary and Jarosław Kaczyński and Law and Justice in Poland, but also Nigel Farage and his Brexit Party in the UK. Third, and final, the populist radical right increased support in most countries, big and small, even if it sometimes meant that an older party was replaced by a newer one – as in the Netherlands, with Geert Wilders’ Party for Freedom (out) and Thierry Baudet’s Forum for Democracy (in). Even the extreme right gained more support, mostly Marian Kotleba’s People’s Party Our Slovakia (12.1%) and the National Popular Front in Cyprus (8.3%), although overall neo-Nazi parties lost two seats and one party (German NPD) in the European Parliament.

The next five years

The next five years the European Union will be more fragmented than ever. This fragmentation is the key lesson of the 2019 European elections. For the first time in history, the center-right EPP and center-left S&D do not control a majority of the seats in the European Parliament. However, contrary to the dominant narrative of the last decade or so, the old centrist blocs are not confronted with just a plethora of anti-system populist parties and groups. In fact, according to current predictions , the pro-system liberal ALDE and green-regional Greens/EFA are the third and fourth largest blocs in the Parliament. Moreover, even the right-wing populists remain divided over at least two, and possible again three, political groups.

But the divisions between the various political groups in Brussels show only part of the fragmentation. The political groups within the European Parliament have always been a combination of ideological connection and strategic considerations, but today they are more heterogenous than ever. While voting discipline has been remarkably high, at least within the major groups, further shifts within the groups might weaken it. For instance, within the EPP the more culturally conservative Central and East European parties now constitute three of the four largest fractions, while three of the five largest fractions within S&D are from anti-austerity Southern Europe. Even the smaller right-wing Eurosceptic groups are far from united, as expressed by their traditionally lower voting discipline . The European Conservatives and Reformists (ECR) are now dominated by the PiS, after the electoral shellacking of the British Conservatives, to the distress of many West European member parties. The ENF-turned-AEPN has many foot soldiers but few generals, given that both Salvini and Le Pen have left Brussels. And if the EFDD survives, it will remain an opportunistic marriage of convenience, largely absent from the Parliament except for Farage’s few grandstanding speeches.

The European Parliament’s fragmentation is a logical consequence of the ongoing political fragmentations of the member states, again confirming that European politics is still primarily national politics. However, unlike most of its member states, the EU is at a crossroads, with many Europeans believing it is either too strong or too weak. It will have to push through fundamental reforms to make it into a positive political force again. This is even more important, and urgent, in the current hostile international climate, where Europe is confronted with significant economic and security challenges from China, Russia, and even the US. This requires not just political vision and courage, but also collaboration and trust. None of these have been strengthened by the 2019 European elections.