Is Amazon destroying more jobs than it creates?

A study has revealed the negative impact of e-commerce on employment, counting the number of jobs created and destroyed. 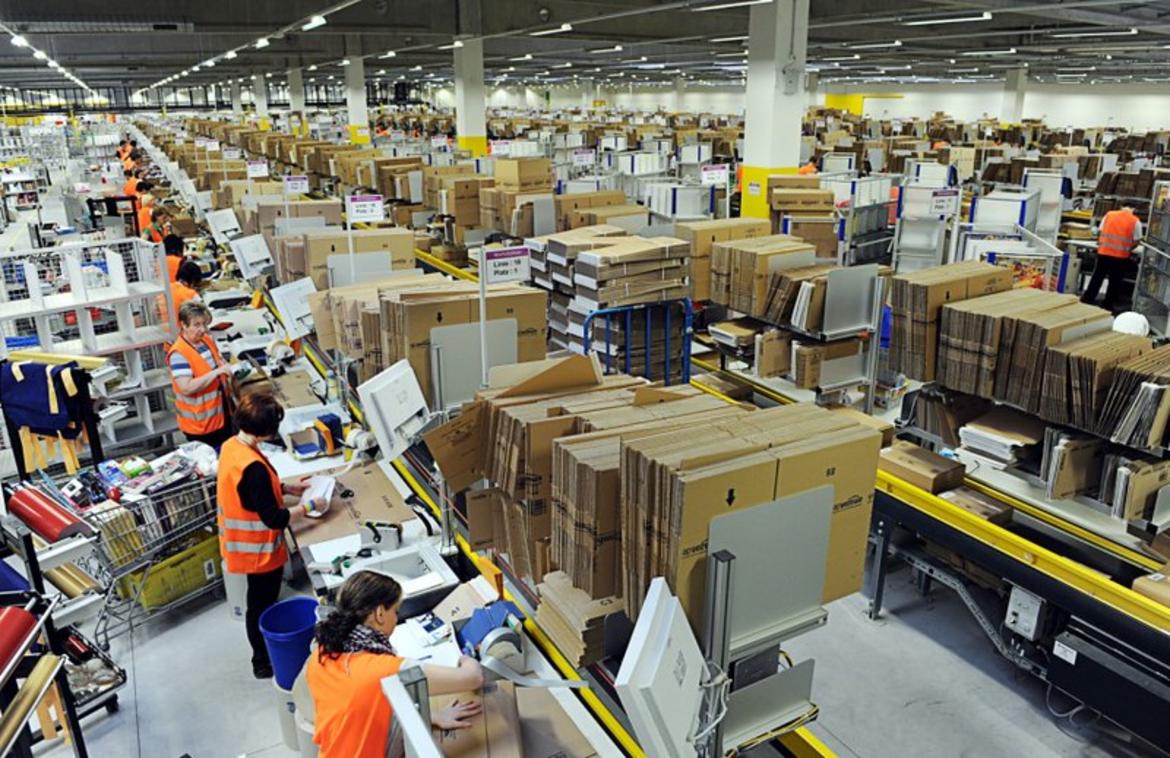 The global e-commerce giant is under fire for its worsening working conditions, aggressive tax optimisation and the environmental costs of its supply chain. In the face of all these criticisms, Amazon regularly highlights its ability to create jobs. But between the new jobs in the American firm's warehouses and the closure of small businesses caused by the development of online sales, is the balance really positive?

Two economists from the consultancy and training firm Kavala Capital have studied the subject in several European countries, including France. The study does not focus specifically on Amazon but on non-food online commerce, a sector in which the American platform is by far the leading player, followed, depending on the type of product, by other sites such as Cdiscount, Fnac or even SNCF for travel.

It is hard to assess precisely the market share of the American giant in France, but one thing is certain, it is ultra-dominant. Fevad, the French federation for online commerce, claims that Amazon holds a 53% market share (not taking into account the markets of accommodations and travel bookings). Kantar, the market research specialist, estimates that the market share of Amazon is 22%, almost three times higher than its leading competitor Cdiscount.

Florence Mouradian and Ano Kuhanathan have modelled the evolution of job losses in non-food retail and job creation in wholesale. They estimate that in France the development of online shopping has led to the loss of 114,000 jobs between 2009 and 2018 in the retail sector and the creation of 33,000 jobs in the wholesale sector, i.e. a negative balance of more than 80,000 job losses. This amounts to the loss of around ten thousand jobs per year.

With regard to logistics, "the estimates carried out in this study cannot confirm that e-commerce has had a significant impact on the transport of goods, particularly on road freight transport", the authors said. A possible lack of data may explain this, as the use of posted workers or self-employed persons or freelancers is not covered by the statistics used.

After an assessment of the 2010s' numbers, the authors have extended the projection for the next decade and put forward a figure of 46,000 job losses in France by 2028 according to a median scenario of e-commerce development. This figure could rise to 87,000 if the development of online consumer purchases accelerates further.

The consequences in terms of employment vary from one country to another, but are negative for Germany (more than 80,000 jobs will be lost) and Spain (30,000). Italy, on the other hand, would see an increase in jobs within the scope studied, which can be explained by a much lesser development of e-commerce than in its neighbours. Only 38% of Italians have made at least one online purchase in 2019, compared to 70% of the French and 79% of Germans.

Clothing on the front line

However, most job losses are concentrated in a number of specific sectors. In France, clothing and footwear shops have paid the highest price, with 64,571 jobs lost over the past decade. The oft-cited example of bookshops is less significant, due to the smaller number of employees, i.e. 2,876 jobs lost over the time period taken into consideration.

One of the most interesting points of this study is also to show that not all retailers are affected the same way. The smaller the business, the more vulnerable it is. Those with more than 250 employees even had a positive overall impact on employment over time, with some 16,000 jobs created, compared with 121,000 jobs lost among small traders with fewer than 20 employees.

"In other words, a job added or created in non-food retail in a large company through e-commerce has destroyed around six jobs in smaller companies," the two economists concluded.

The destruction of jobs remains very moderate in volume, the 114,000 jobs in the French case represent a variation of only 0.2% of retail traders, but this underlying trend resonates in many of the country's town centres and continues to favour large companies.