If Brussels wants to reduce fertilisers and pesticides

With its "farm to table" strategy, the European Commission aims to reduce the use of pesticides and fertilisers and at the same time increase organic production by 2030. But how? 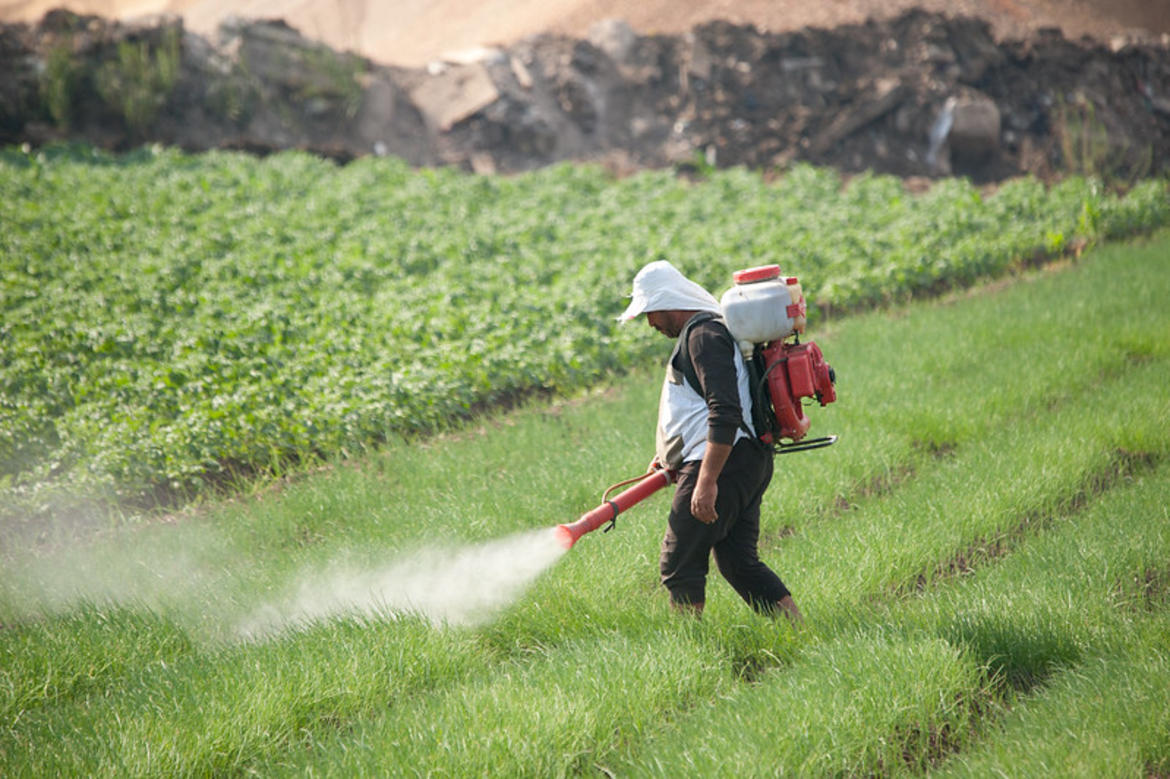 Located in a small corner of Wallonia, near Brussels, Marianne Streel grows beets, chicory, wheat and bere on her 160 hectares of land in Hesbaye. She is a farmer, as was her father, and chairs the Walloon Federation of Agriculture. When the European Commission announced on 20 May its intention to reduce by 2030 the use of pesticides by 50% and fertilizers by 20%, her reaction was rather mixed: “I found the announcement quite insulting, as if they were not acknowledging the efforts already made by farmers to move towards greater sustainability.”

In May 2020 the European Commission has changed its approach to agricultural issues by announcing its “Farm to table” and “Biodiversity” strategies. "This proposal for a global food policy is something we have been pursuing for a long time," says Geneviève Savigny, a farmer in Southern France and member of the European Coordination Via Campesina, which campaigns for peasant farming. “But the concrete solutions proposed by the European Commission are still unclear. There are fears that these are only superficial changes that allow large structures to receive additional aid”, she goes on.

The devastating consequences of agricultural intensification

Brussels is setting the stage for 2030. The objectives are impressive. In addition to reducing the use of pesticides, the Commission wants 25% of EU agricultural land to be organic by 2030. As for fertilisation losses (a large part of the fertilisers dissolves in the air or in rivers), they should be reduced by 50%. The goal: protect biodiversity.

As the European Environment Agency recalled in its annual report in 2019: “The intensification of agriculture remains one of the main causes of biodiversity loss and environmental degradation in Europe”. And because they were deemed too lax, the measures in the previous common agricultural policy (CAP), such as requiring farmers to diversify their crops, have still “not put an end to this decline”, according to the 2020 European Court of Auditors report.

Moreover, the Commission's objectives for the farm-to-table strategy are primarily political – a way to shake the coconut tree and show the way forward. To achieve this, initiatives from the member states will be deployed, such as the revision of the directive on the sustainable use of pesticides, an action plan on integrated nutrient management or another in support to the organic sector, for example by encouraging public procurement policies for these products. Research projects on biopesticides will also be funded.

The use of software and drones

The figures presented by the Commission are considered “very ambitious” by Guillaume Cabot, a farmer who grows polyculture on 160 hectares of land in Seine-Maritime, vice-president of Jeunes agriculteurs (a union of young farmers under FNSEA). "These goals must also be achievable within a realistic time frame," he says. In his farm, he uses alternatives to pesticides as much as he can, such as sulphur and biological control products (i.e., macerated garlic). “I am willing to make an effort by using the least toxic products. But we must be allowed to use phytosanitary products in certain situations, when we have no alternative.”

Marianne Streel says she really needs neonicotinoids for beets, although she has already reduced inputs. She argues that "because big companies have invested heavily on farming, practices cannot change as quickly as one would like. […] I don't spray pesticides like my father did. I only use them when needed, like aphid thresholds, for example, depending on frost, plant development and season. If I feel there is no danger, I don't use it." Her fear is that further cuts will have a negative impact on revenues, and therefore on farmers' already low incomes.

Both farmers use apps and software that help them taking decisions such as “calculating the fungal pressure on cereals, or determining the fertilizer needed for a particular plant in a particular place to avoid losses”, explains Guillaume Cabot. He believes that “technology and research are necessary” to avoid the use of chemical substances.

Precision by the use of data, satellite images and drones to reduce the use of inputs are among the solutions recommended by the federation of European farmers unions called COPA-COGECA.” However, Geneviève Savigny calls it “a scam”. She fears that these technological solutions “even if they are sometimes useful, benefit mostly the large farms because they are very expensive”. She believes that “agroecological approaches” should be given priority, i.e., crop rotation, grass farming, grassland, manure use, hedge erecting, maintaining the natural elements of the landscape, and that “chemical treatments must become the exception”.

Farmers are divided. But the milestones are set to get out of “the standard approach, the one where chemical inputs are used indiscriminately, sometimes as a caution,” concludes Célia Nyssens. She adds that, “Pollution of soil, water and loss of biodiversity are huge problems that must be addressed. At least these quantified targets, sometimes insufficient, show the direction where we must go”.