How much will Arctic meltdown cost us? The answer is up in space

Data collected by European Space Agency satellites is used not only to study the impact of global warming on polar regions, but also to predict the consequences that melting ice and rising sea levels will have on our economies over the next hundred years. 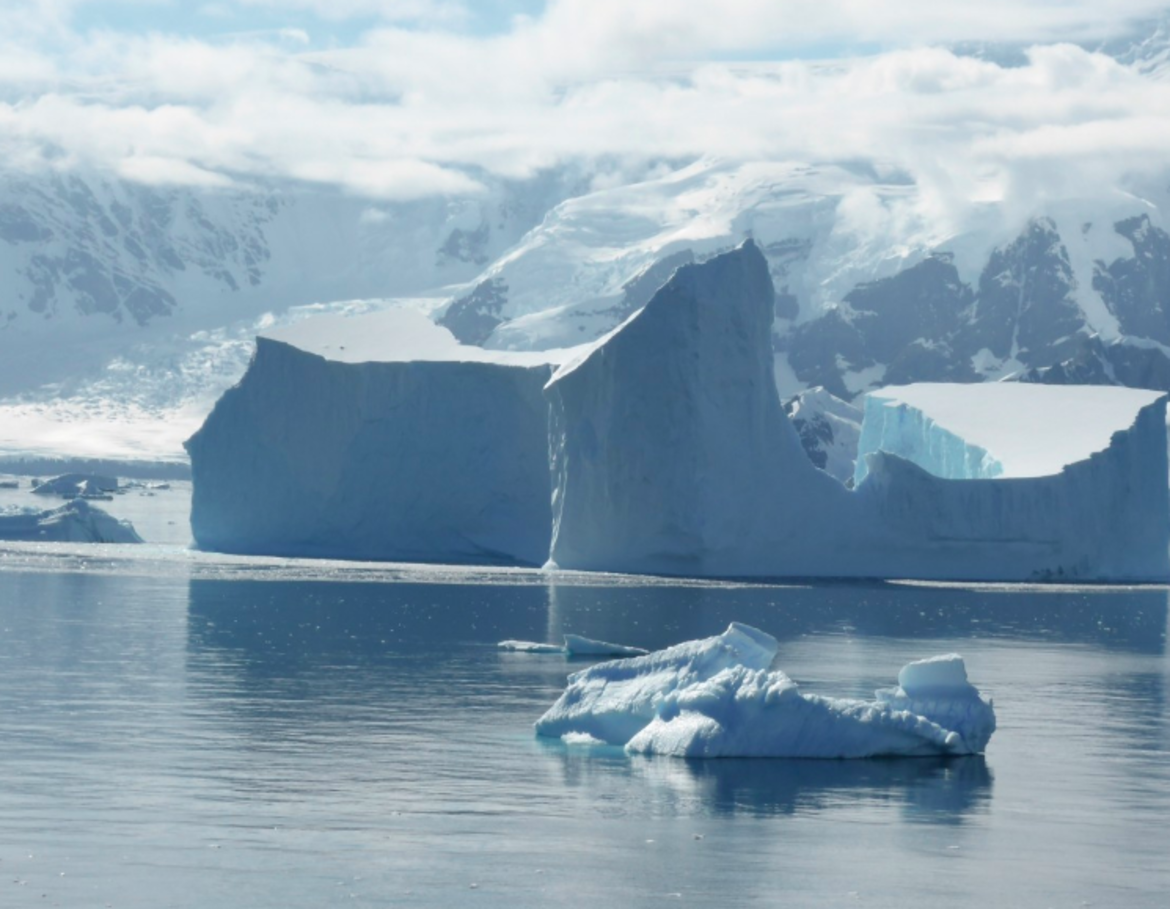 As the planet gets hotter, melting ice brings increasing costs to the EU.

However remote it may seem from citizens’ everyday lives, Arctic ice retreat affects their pockets more than they know. Oversized tons of frozen water have been safely grounded on the Northernmost lands since the last ice age. Now, their relentless transformation into devastating floods will hit taxpayers hard, as well as governments and businesses.

A comprehensive analysis of the potential impact  was produced in 2018 by a team of experts from the Joint Research Center of the European Commission.

By the end of the century, each square meter of ice lost will add to a total bill that will amount up to almost 1 trillion euro, as projected by the experts analysis. The most affected country will be the UK, followed by France and Italy.

The same team is currently working on a new study estimating the costs of the adaptation measures needed to mitigate potential losses. Such measures entail, at the very least, the installation or reinforcement of defence structures that can withstand increases in sea levels.

“In the short-term, the rise of sea level will be mostly driven by water mass expansion due to growing heat, but as of 2050 the contribution of melting ice will become relatively stronger”, Michalis Vousdoukas, oceanographer at the Disaster Risk Management Unit at the Joint Research Center, said. “The cause-effect relationship between ice melting and its financial consequences is a fact, but is not so linear: slight water level increases may not have a significant impact, but their progressive accumulation will have one as they combine with high tides and more recurring extreme weather (storm surge and waves)”.

Much of Europe’s coastline, stretching for more than 100,000km, is highly populated and developed. This leaves it vulnerable to increased sea flooding.

Based on the latest report of the Intergovernmental Panel on Climate Change  (IPCC), the European Environmental Agency has drawn up a scenario  where the sea level rise in Europe will be similar to the global average. By the end of the 21st century, the increase will be likely in the range of 0.28–0.61 m or 0.52–0.98 m compared to the 1986–2005 period, assuming, respectively, a low or a high man-made carbon (or greenhouse gas) emissions context. These projections will be revised by the end of 2019, in line with the upcoming September IPCC’s special report  on climate, oceans and ice variations.

The most up to date warnings on the Arctic ice decline will be unveiled at the upcoming Living Planet Symposium, held in Milan on May 13-17. Top scientists will illustrate their new findings extrapolated from satellite data, including those gathered through CryoSat , the ice monitoring programme run by the European Space Agency (ESA). The event, organized every three years, is a showcase of Earth observation technologies contributing to research on climate and ecosystems, as well as the implementation of public and commercial services.

“Polar ice cover is, a the same time, an early casualty of global warming and a crucial player in regulating meteorology and sea level on a global scale and, as a result, the consequences of its shrinking mass are far reaching”, Tommaso Parrinello, CryoSat Mission Manager, said. “It is important to understand exactly how, and to what extent, Earth’s ice fields are responding to the ongoing climate mutations”.

The Effect: Quantifying the Financial Cost

Experts from the EU Joint Research Center have managed to convert scientific projections on shrinking ice and expanding water — based on satellite measurements — to currency. The infographics below explain the annual damages in terms of GDP and of people affected, according to the different scenarios, also known as Socio-Economic Pathways, or SSPs : a “middle of the road” world where trends broadly follow their historical patterns; a fragmented world of “resurgent nationalism”; and a world of rapid and unconstrained growth in economic output and energy use.

In the absence of further investment in coastal adaptation, the present annual damage of €1.25 billion will be between 75 and 770 times greater by the end of the century, ranging from 93 to 961 billion euro, depending on how socioeconomic trends play out over time.

The annual number of people exposed to coastal flooding will rise from the current 102,000 to 1.52–3.65 million by the end of the century (again, in the absence of further adaptation measures and depending on different socioeconomic trends).

Future damage will also be highly dependent on the number of people moving to the coast, and the extent of infrastructural development in those areas. The losses will be the result of coastward migration, leading to urbanization and asset values that will rapidly decline over time due to extreme weather events.

ESA’s CryoSat is Europe’s first mission entirely dedicated to measuring mutations in the frozen polar sea and those in the ice sheets wrapping around Greenland and Antarctica.

The program was planned in 1999, but the original satellite was lost due to a launch failure in October 2005. A new satellite, commonly referred to as CryoSat-2, was subsequently built with a number of improvements and was launched on 8 April 2010.

The satellite flies at an altitude of just over 700 km, reaching latitudes of 88° north and south, to maximise its coverage of the poles. Its main payload is an instrument called the Synthetic Aperture Interferometric Radar Altimeter (SIRAL). Previous radar altimeters had been optimised for operations over the ocean and land, but SIRAL is the first sensor of its kind designed for ice, measuring changes at the margins of vast ice sheets and floating ice in polar oceans.

The radar altimeter is not only able to detect tiny variations in the height of the ice, but can also measure sea level as well as other physical parameters with unprecedented accuracy, in order to contribute new data to the research community within the ESA Climate Change Initiative.

Prior to the launch of the CryoSat program, ESA had performed ice cover monitoring with multi-purpose satellites. The first was Envisat, launched in 2002, the largest civilian Earth observation mission at that time. Envisat, which ended on 8 April 2012 following the unexpected loss of contact with the satellite, had more advanced imaging radar, radar altimeter and temperature-measuring radiometer instruments than its predecessors: the European Remote Sensing (ERS) satellites, ERS-1 and –2, launched into the same orbit in 1991 and 1995 respectively.

The Cause: Quantifying the Ice Melting

As far as ice retreat is concerned, Greenland plays a leading role in the forthcoming eco-financial crisis. The World’s largest island incorporates most of the Arctic continental ice.  Its melting white blanket is the third largest contributor to global sea rise, according to a report by the Global Climate Research Programme . While it ranks behind water thermal expansion and mountain glaciers, it still tops Antarctica’s ice-cap (the contribution of which is expected to grow significantly a few hundred years from now).

Unlike continental ice, the melting of the sea ice that fills the Arctic basin, far beyond Greenland, has no effect on sea level rise. It is the same as a cube of ice in a glass of water: when it melts, the level of water in the glass does not rise (Archimedes’ principle).

A recent analysis by the Geodynamics Department of the Danish National Space Institute , combining all satellite measurements from 1992 to 2016, shows an accelerated thinning of Greenland’s ice sheet. Its mass loss has increased sixfold since the 1980s, raising sea level by 13.7 mm since 1972, half during the last 8 years, according to a new study by the University of California  released at the end of April. As for the ice-sheet elevation loss, the most comprehensive dataset to date is currently developed by the Greenland Ice Mapping Project , whose findings will be disclosed in the coming months.

If all Greenland’s frozen storage were to melt, marine water would grow 7mt higher. Such is the prophecy written in a study produced as part of the ESA Seal Level project . An increase of this magnitude, however, would take millennia, even with a temperature increase above 2°C since the pre-industrial age. This is the critical threshold that governments committed not to exceed, when they signed the 2016 Paris Agreement.

The methodology: Quantifying the Errors

The key to monitoring Earth’s changing environment is taking the same measurements over the course of decades. The more accurate satellite data is, the more realistic ice retreat, sea rise, and economic cost estimates will be. That’s why satellite observation needs to be regularly adjusted and verified by taking into account a specific set of variables. In particular, the snow cover lying on the ice is a crucial factor: satellite altimeters cannot always detect it, and end up reading it as part of the whole ice layer. Therefore, snow depth needs to be offset to calculate the actual ice thickness.

In order to correct such errors and reduce uncertainties, ESA and NASA are committed to improving coordination between their space observation systems. Thankfully, due to technological differences, the European and US satellites offer complementary measurements. NASA’s ICESat  altimeter sends a laser signal that bounces off the snow surface, while ESA’s CryoSat altimeter has a radar that penetrates the snow and bounces off the surface of the ice. So, theoretically, the difference between the two measurements should determine the snow depth.

ESA and NASA are already working together on calibrating their respective satellite readings through on-site checks performed by air, and by teams deployed on the ground. This involves collecting huge and varied datasets of snow and ice with a range of instruments, both airborne and ground-level, which is then compared with data acquired from space.

The latest joint calibration campaign was carried out across and around Northern Greenland in March and April this year, by the Danish Technical University of Denmark , as part of NASA’s Icebridge  and ESA’s CryoVEX  initiatives.

Planning ground surveys during these campaigns means sending scientists to the harshest regions on Earth. The task is sometimes so risky that only full-fledged explorers dare to undertake it. Two veteran polar adventurers from Belgium, Alain Huber and Dixie Dansercoer, joined forces for the Arctic Arc Expedition , the longest CryoSat calibration campaign ever performed on foot. In 2008 they were the first men to travel all the way through the North Pole from Siberia to Greenland, walking for 100 days and sampling snow depth along the way. “I believe that explorers’ experience can help science to operate in the most hostile conditions”, Dansercoer said.