How are EU countries doing against inflation?

Transfers to the most vulnerable, lower taxes, price regulation... European countries are taking steps to contain inflation. Do the measures all rely on the same levers? Are some strategies more effective than others? Here's an overview. 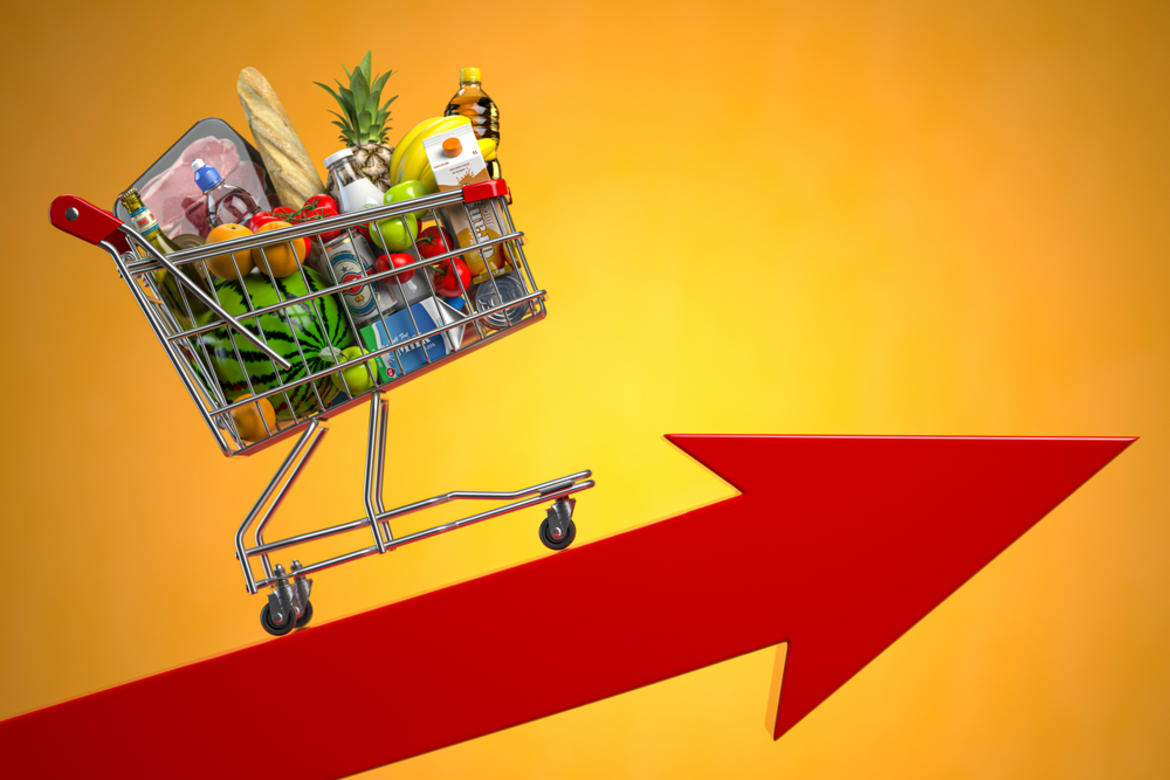 Lowering taxes on petrol, handing out vouchers to the most vulnerable, regulating prices... What can be done to combat inflation? In the European Union, no government can ignore this issue any longer, since in March prices rose by 7.8% over one year . Some countries are hit harder than others. The Netherlands is facing inflation of almost 12%, Spain and Slovakia nearly 10%, while Italy or Greece are closer to the eurozone average (7.5%) and France and Finland rather lower (at 5.1% and 5.6% respectively).

In France, the government has taken several measures since November to protect the purchasing power of households. The price of gas and electricity has been frozen by a so-called "tariff shield"; an inflation allowance of €100 has been paid to all those whose income is less than €2,000 net per month; and an energy voucher of €100 has been distributed to those in the lowest income bracket. A discount at the pump of 15 cents per litre also came into force on April 1st. Have our European neighbours applied the same levers?

"The measures are never identical from one country to another, since governments have to deal with the national context. But we can identify three main types of policy that have been initiated in Europe since the autumn of 2021 and more intensely since the outbreak of the war in Ukraine: transfers to the most vulnerable, temporary tax reductions or discounts on fuel prices and, to a lesser extent, price regulation," explains Nadia Gharbi, economist at Pictet Wealth Management.

With the exception of Bulgaria and Hungary, all European countries have implemented measures aimed at the most vulnerable. This is what the Bruegel Institute found when it examined national responses to inflation. The form and extent of these transfers obviously vary. In Belgium, some people were entitled to an €80 energy voucher(1); in the Czech Republic, two minimum social benefits were increased by 10%; Greece paid a €200 allowance to pensioners with a small pension; and a payment of €15 to €20 per month for 150,000 vulnerable households has been introduced in Lithuania until the end of 2022. Policy tools are sometimes combined. In Portugal, for example, the most vulnerable households were exempted from two taxes in order to reduce their electricity bills. Cyprus adopted the same logic in November by reducing the VAT rate from 19% to 5% on the electricity bill of the poorest people for six months.

However, most of the tax cuts adopted by European capitals have not been targeted, and therefore benefit the entire population of the countries concerned regardless of income level. The taxes are those on electricity, petrol or both. "The advantage of a tax cut is that it is immediately visible to consumers. On the other hand, it is costly and does not target the most modest households," explains Nadia Gharbi. Transfers, as opposed to tax cuts, do not reduce the price of goods, but have the advantage of targeting the most precarious households.

The third lever is price regulation. France has done this with its tariff shield. Estonia and Romania, among others, have also opted for this approach, freezing electricity and gas prices in January and March respectively. Spain and Portugal have gone one step further, removing electricity prices from the market mechanisms that were driving them up.

Because of their limited electricity interconnections with the rest of the European continent, Madrid and Lisbon obtained permission from the European institutions at the end of April to exit the European pricing mechanism. Under this mechanism, the price of electricity on the continent is calculated according to the cost of the last megawatt-hour fed into the grid. In this case, that is the price of gas, which is often used to back up other sources of electricity (nuclear, renewable) during peaks in consumption. "The price of gas, which has increased fivefold since last summer [in the Iberian peninsula], has led to a general rise in the price of electricity in Spain," observes Ticiano Brunello, economist in charge of Spain and Portugal at Crédit Agricole. The price of a megawatt-hour of gas on the Spanish and Portuguese networks has been capped at €40 for the first few weeks of the scheme's application, and will be gradually increased to €50. "The result of this mechanism [...] gives an average daily price for a megawatt-hour of about €130 or €140", the economist explains. This is considerably less than the €283 observed on the Iberian market.

Exceptional circumstances call for exceptional measures. The rise in inflation has also opened a debate on the taxation of corporate profits. And more particularly energy companies, which are currently benefiting from the high prices of their product, to the point of making excess profits estimated by the International Energy Agency at more than €200 billion worldwide in 2022. The institution recommends that governments consider tax increases on these windfall profits. In Europe, only Italy and Romania have so far taken this step. Rome adopted a 10% tax on windfall profits in March and raised the rate to 25% in a decree issued in May. Bucharest, for its part, announced in October 2021 that it would tax at 80% the income of electricity producers from any sale of a megawatt-hour for more than €91.

European countries outside the eurozone have their own central banks that are not under the control of the European Central Bank (ECB). This gives them an additional national lever to deal with inflation: interest rates. These rates set by central banks determine the price at which they lend to other banks in the country, and therefore indirectly the price at which these commercial banks will agree to lend to households and companies. Raising rates slows down economic activity, lowering them stimulates it. The ECB, for its part, has not yet announced a rise in its key rates, although it is preparing the ground for doing so in the coming months. But some countries outside the eurozone have already taken the plunge. This is the case of Poland, for example. In this country, where most home loans are at variable rates, the central bank's decision is likely to weigh on household budgets. Hungary, Sweden and the Czech Republic have also recently decided to raise their interest rates.

Fighting inflation, even if it means forgetting climate?

Is there not a risk that certain anti-inflationary measures will be detrimental to the ecological transition? Can the two battles be reconciled? "Protecting vulnerable households [from inflation] is essential, but it is important that the resulting measures [...] do not reduce the incentives to develop clean energy", insisted Laurence Boone , chief economist at the OECD, back in October. Some examples from France's neighbours help to reconcile this dual imperative. In Germany, the federal government has announced that for three months a new pass will be introduced allowing people to use regional public transport for €9 per month. Sweden has increased its subsidies for the purchase of electric vehicles. And Romania provides the poorest households with subsidies to buy energy-efficiency solutions for their homes. And because the cheapest energy is that which is not consumed, Italy has limited the temperature of air conditioning to 25 degrees in public buildings.

An effective instrument? Not necessarily. "The inflation we are experiencing is not of monetary origin and therefore has no monetary solution," says Olivier Passet, director of research at Xerfi. "Attacking today's inflation at its root requires action on the structure of supply [...]. This means support for thermal insulation, electrical conversion of transport and industry, low-carbon energy production [...], infrastructure for storing strategic raw materials, mining exploration, agriculture, etc." Central banks would therefore be better advised to keep their interest rates low in order to allow governments to spend as much as possible to achieve all these transformations that might reduce the imbalances between supply and demand in certain sectors, and the resulting rise in prices.

New measures in the pipeline

The toolbox of European governments is set to grow in the coming weeks and months. "Italy and Spain, among others, are pushing for joint European action to set up strategic gas stocks and for joint purchases of natural gas. Others, like Hungary and the Czech Republic, want to revise the carbon market. And France wants to change the rules for setting the price of electricity at European level," say Giovanni Sgaravatti, Simone Tagliapietra and Georg Zachmann of the Bruegel Institute.

So far, the measures to fight inflation have mainly targeted energy prices. However, the war in Ukraine is prompting further action, particularly in the agricultural sector. Spain, for example, has allowed supermarkets to limit the number of products purchased by a consumer so as to ensure availability for all. And Greece has reduced the VAT rate on fertilisers, of which Russia is a major exporter, from 13% to 6%.

Gradually, other sectors are expected to be affected. "When energy prices remain high for too long, this is eventually reflected in the production costs of companies, and therefore their prices," explains Nadia Gharbi. Does this mean that tax cuts or price regulations will become more widespread? These levers will not be enough to deal with inflation, because they do not treat the root of the disease, which has to do with several factors: the geopolitical context, which is likely to be permanently disrupted by the war in Ukraine; the dependencies created by the globalisation of trade; and the major changes underway in our economies, which are compelled to give up fossil fuels  and adapt to climate change. Hence the paradox pointed out by Jonathan Marie and Virginie Monvoisin of the Economistes Atterrés (“Floored Economists”): "While inflation is indicative of major economic dysfunctions, the priority of economic policy should not be the fight against inflation".