As part of the Common Agricultural Policy, the European Union spent 100 billion Euros to combat climate change between 2014 and 2020. But these funds, which make up half of the entire EU budget earmarked for the fight against climate change, have not led to a reduction in greenhouse gas emissions. 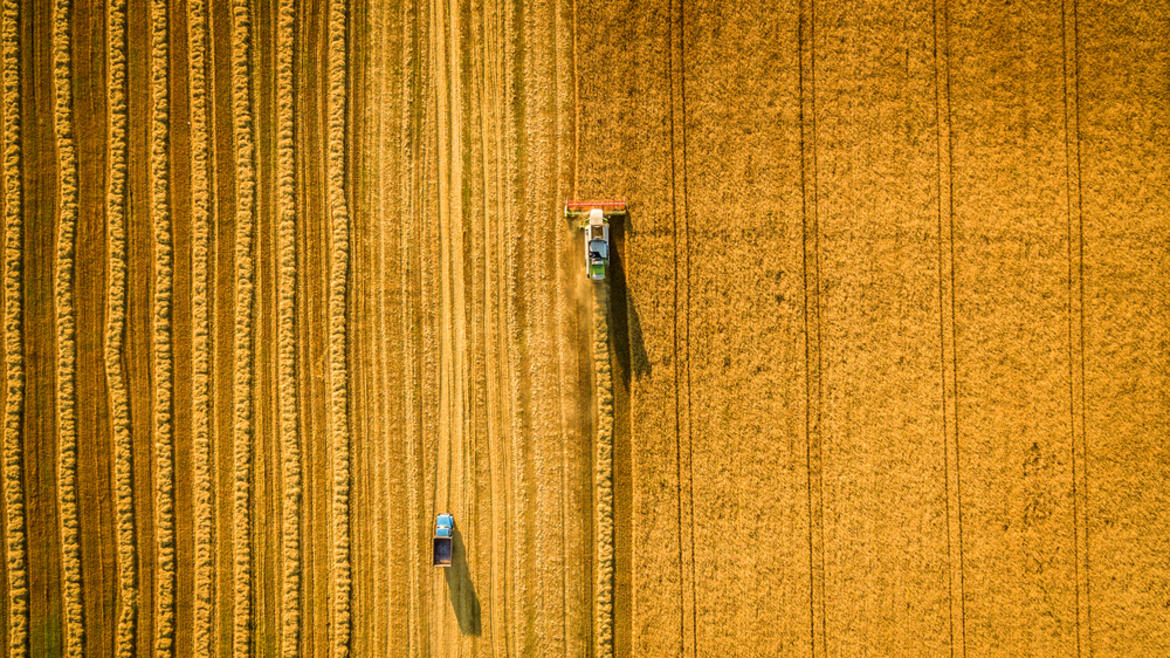 The Common Agricultural Policy of the European Union spends almost 40% of the EU budget . Between 2014 and 2020, out of the total of €1.1 trillion spent by the EU, more than 400 billion  went into supporting European farmers and agriculture. The major ambitions of the CAP  can be summarised in a few simple points: to support farmers and agriculture (which is inherently a precarious sector with fluctuating prices and wobbly production processes), to improve agricultural productivity, and to ensure a stable supply of affordable food while allowing European farmers to maintain a decent lifestyle. All this, while also safeguarding the environment.

The EU imposes certain conditions on the distribution of subsidies, such as “cross-compliance ” and “greening ”, which seek to encourage good practices in respect of the environment, animal welfare and product quality. Some of them consist, for example, in the protection of the most environmentally sensitive lands, the reduction of fertilizer use, afforestation, and the promotion of organic farming.

Given the amount of money allocated to the CAP, the latter is often the subject of controversy, such as that relating to the fact that 80% of funding ends up in the pockets of a mere 20% of farmers. This time, however, the controversy does not concern the amount of money or the way in which this money is distributed, but the effectiveness of the measures financed by the CAP.

A lot of money, poor results

Between 2014 and 2020, the CAP allocated over 100 billion Euros to measures that were supposed to combat climate change, more than a quarter of its total budget and 50% of total EU spending for environmental policies. But a report published in June by the European Court of Auditors  reveals how these funds failed to produce significant results in terms of reducing agricultural greenhouse emissions, which remained almost stable over the past 10 years. In other words: half of the EU budget earmarked for tackling climate change has not produced concrete results.

Between 1990 and 2010, greenhouse gas emissions from agriculture had decreased by 25%, in line with the targets set by the Kyoto Protocol of 1997. In 2015, the EU signed the Paris Agreement and pledged to reduce emissions by 40% by 2030. The Commission then decided to raise this percentage to 55% and to go further, setting a "zero-emissions" target to be achieved by 2050. The 2014-2020 CAP was designed with the intention of reducing emissions, but without specifying a clear-cut target.

In the European Union, food production is responsible for 13% of greenhouse gas emissions, but forecasts estimate it could exceed 50% in 2050 . Within this 13%, half of CO2 or equivalent gases emissions is produced by livestocks, while the other half by nutrients used in agricultural soils (36%) and land use (14%).

According to the Court of Auditors, the only effective strategy to reduce greenhouse gas emissions from livestock farming is to reduce the consumption of products derived from animals and their production. Since 2014, this has not happened - in fact, the consumption of animal products such as eggs and poultry has increased between 10 and 15% - also because the CAP has not implemented any measures aimed at discouraging consumption and production, but, on the contrary, it gave money for the promotion of animal products on the market.

Over the past decades, technological progress has contributed to a reduction in emissions, but in many cases it also led to lower production costs and to the consequent expansion of livestock farming (a similar principle also applies to agriculture), thus cancelling out the positive effects. Another reason why production has not decreased is that about half of cattle farmers’ income comes from direct payments, granted to them in proportion to what they produce (this does not happen to the same extent for other farmers): a disincentive to decrease production.

Looking at the other sectors, the results are equally disappointing. Emissions derived from the use of nutrients in agricultural soils (mainly fertilizers and manure) increased by almost 5% between 2010 and 2019. In this case, again, the only solution would be to reduce the use of this kind of substances through the application of innovative practices, which are not supported enough by the CAP compared to other, less effective ones (such as organic farming, which according to the Court of Auditors has an unclear impact on emissions reduction).

A similar argument applies to emissions into the atmosphere from land use, which have remained almost stable since 2010. When soils are drained, the organic materials they contain emit more or less greenhouse gases depending on various factors: type and intensity of the cultivation, type of soil, moisture content, etc. Soils richer in organic matter, such as peatlands, are particularly problematic as their cultivation produces about 20% of the emissions derived from agriculture in the European Union while representing only 2% of used land. Some member states have promoted initiatives for the protection or rehabilitation of this type of lands – sometimes using CAP funds – but no ad hoc measure was put in place at the European level.

The overarching problem, therefore, lies in the fact that until now the EU has funded ineffective measures or has not implemented them at all. Yet, according to the Court of Auditors, some solutions are at hand. For example, if direct payments to farmers were allocated in return for a reduction in greenhouse gas emissions, a 17% cut in emissions would be achieved.

This time around, the controversy is rather blatant. Since the CAP is one of the few truly “common” European policies and a pillar of Brussels’ political action, one would expect the European Union to act hand in hand with the hard line on environment policies it has pursued in recent years.

Especially after the introduction of the Green Deal, European governments and institutions had begun to discuss fiercely about how to reduce emissions from agriculture. The debate even forced the postponement of the entry into force of the new CAP from 2021 to 2023. Last May, the parties involved in the negotiations were once again unable to find common ground, clashing precisely on the node relating to the amount of funds to be allocated to environmental policies.

But a few days ago, the European Parliament and the member states’ governments finally reached an agreement  on how to spend the 270 billion earmarked for the new CAP until 2027. The agreement has been defined by the European institutions as "simpler, fairer and greener", but at the same time, by environmental associations, as "big, huge greenwashing" . They believe the new measures are once again inadequate, as in many cases they are considered to be too flexible, not mandatory, vague, unchanged, still non-existent, or even weakened.

The new CAP will have to be approved by European agriculture ministers and the European Parliament, but if it enters into force, it will result in greater flexibility for countries , as they will be able to decide how to spend the subsidies with less control from Brussels. However, they are required to allocate at least 25% of direct payments (the largest share of financing) to so-called “eco-schemes”, and at least 35% of rural development funds to projects aimed at the safeguard of the environment and the promotion of animal welfare.

But according to a document published in May by a group of environmental NGOs , several measures are likely to be ineffective. Intensive farming, for example, could continue to receive a lot of funding, and "eco-schemes" aimed at promoting animal welfare are at risk of becoming subsidies without producing any tangible results in terms of emissions reduction. Other meaningful measures will not be mandatory, such as those that favour the reduction of the use of nutrients for the soil, while others are mandatory but considered too weak. For example, the negotiations seemed to have weakened rules on the safeguard of organic soils and peatlands, as well as those on the restoration of natural areas and the use of certain types of pesticides. Furthermore, there will be no fixed budget for programmes that promote biodiversity, in addition to the many other issues highlighted in the report.

Hence, the new CAP is set to be even more controversial than the previous one, as the European Union is now facing the test of the Green Deal and its implementation. It is definitely too early to judge, but in the meantime we have understood one thing: the money that goes into fighting climate change may be a lot, but if the measures are not effective, it will be of no use.