Greece exits bailout, but no quick recovery ahead

On 20 August, Greece officially exited the three-year EU bailout plan it accepted when it was on the verge of bankruptcy and close to be pushed out of the eurozone. While it marks the end of eight years of financial crisis and austerity, the exit from international aid doesn't mean a quick recovery. 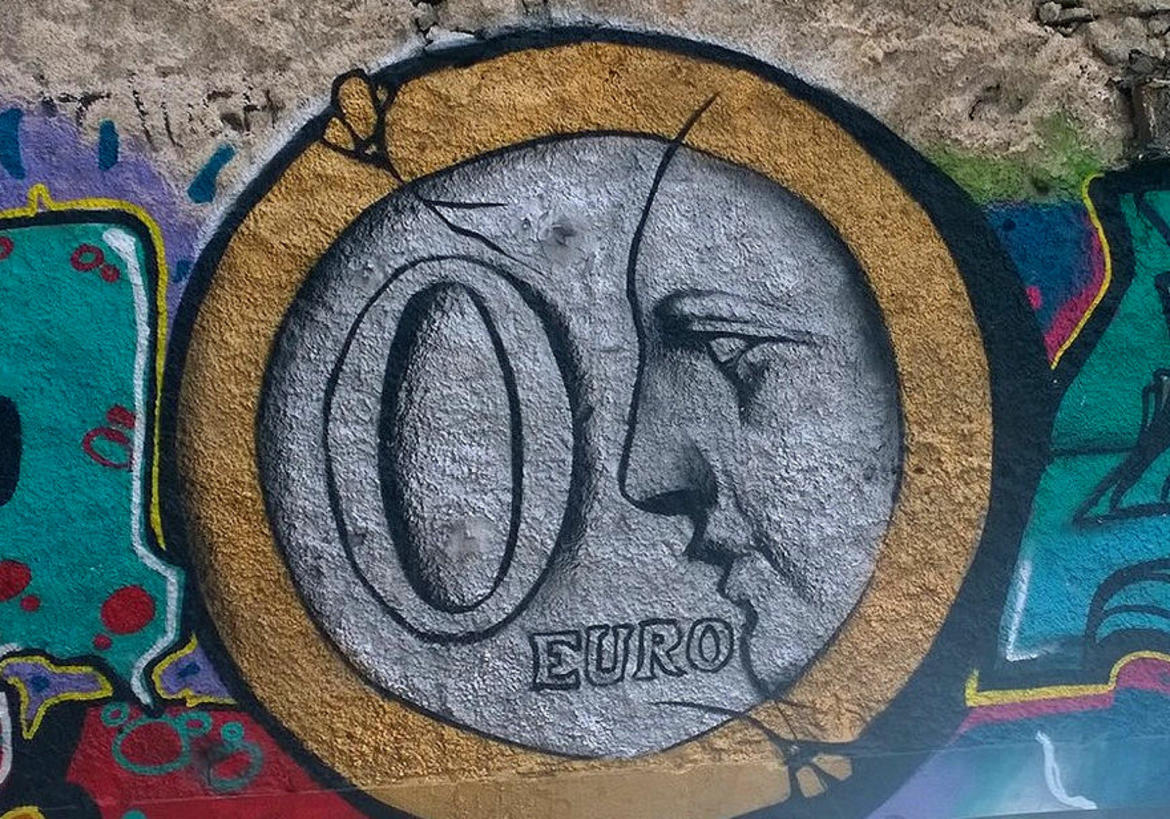 On 20 August Greece officially exits the three-year EU bailout plan it accepted when it was on the verge of bankruptcy and close to be pushed out of the eurozone. The end of the programme, with debt relief and a €24.1bn cash buffer attached to conditions, was agreed in June .

While it marks the end of eight years of financial crisis and austerity, the exit from international aid doesn't mean a quick recovery.   The Greek economy still faces big challenges, as statistics and differences of views between the country's creditors demonstrate.

In total, since May 2010, the EU and the International Monetary Fund (IMF) lent €288.7bn to Greece in three separate programmes, including €256.6bn from EU countries. In the first bailout, agreed on 2 May 2010 Greece received €73bn through the Greek Loan Facility (GLF), an ad-hoc structure funded by eurozone countries, and the IMF.

Through the second programme, agreed in March 2012, the EU and the IMF disbursed an additional €153.8bn. This time the EU channeled the money through the European Financial Stability Facility (EFSF), an emergency backstop created in June 2010. After six months of tension between Greece's creditors and the government of Alexis Tsipras and his finance minister Yanis Varoufakis, which came to power in January 2015, a third bailout plan was agreed in July 2015 .

Though €86bn was earmarked, the third programme will end on Monday with €61.9bn disbursed through the European Stability Mechanism (ESM), a permanent eurozone emergency fund established in October 2012.   The last disbursement, of €15bn, was made on 6 August. The IMF participated in the last bailout only as a support institution, without lending money. Since then, the Washington-based institution has warned against future risks on Greece's debt.

During the third bailout, the IMF, European creditor institutions – the European Commission, the European Central Bank, the ESM – and eurozone finance ministers agreed on a series of debt-relief measures.   The goal was not to reduce the amount of the debt itself. This was done in 2012 when private creditors lost more than €100bn through a debt write-down – also called haircut. But a consequence was to scare investors from lending more money to Greece or other fragile eurozone countries.

The goal was instead to reduce the burden of the debt for Greece's finances. In 2017  and last June, Greece's creditors decided on measures which included mechanisms to limit interest-rate variations, the extension of maturities – the delay to repay loans – and buyout by the ESM of previous loans.

"We can safely say that Greek debt is sustainable going forward," said Eurogroup president Mario Centeno after the 21 June meeting that agreed all post-programme measures. In the short-term, the IMF and the European Commission agree on the positive effect of debt-relief measures. Both forecast that the Greek debt will be at 188 percent of GDP this year and 169 percent in 2020. The fund says the debt will be down to 151.3 percent in 2023 while the commission expects it to continue decreasing to 136 percent in 2030 – or 149 percent under an "adverse scenario".

But the two institutions disagree over the long-term sustainability of the Greek debt. For the commission, the debt can be down to just under 128 percent of GDP in 2040, 125 percent in 2050 and up again to 127 percent in 2060.   Last month, the IMF warned that "it could be difficult to sustain market access over the longer run without further debt relief."

It didn't provide long-term projections, but said that the debt-to-GDP ratio would "begin an uninterrupted rise from around 2038". The warning triggered a sharp reaction from the commission, which argued that "the IMF has been persistently pessimistic in its forecasts, which it had to upwardly revise in the past, including for Greece."

"We as Europeans financed the programme and our conclusion is that debt relief is sufficient," it insisted. In any case, the creditors agreed in June to review Greece's debt in 2032 and see "whether additional debt measures are needed."

One of the main points of disagreement between the IMF and the EU – as well as one of the most crucial indicators of what will be Greece's economic and social policies – is the primary budget surplus.  The primary surplus is a country's positive budget balance before the state pays its debt interests. It gives the country margin to repay its debt without having to cut into spending or borrow more.

But reaching a high primary surplus requires efforts in itself. Under the bailout programme, Greece is committed to have a primary surplus of 3.5 percent of GDP until 2022. Then, according to the Eurogroup , Greece will have to keep its primary surplus at 2.2 percent "on average in the period from 2023 to 2060," in order to keep its debt sustainable.

The commission, in a report in June , said it expected the primary surplus to reach over four percent until 2022. But for the IMF, "achieving the high primary balance targets comes at a cost to growth, including through high taxes and constrained social and investment spending." "Sustaining the targeted high primary fiscal surpluses entails significant political and judicial risks," the fund insisted.

Under the bailout terms, the calculation of Greece's surplus will exclude specific revenues and expenditures such as migration-related expenditure, one-off net expenditure related to banking sector support, receipts from the sale of real estate, and revenue from the holdings of Greek government bonds of the euro area national central banks returned to Greece.

But – in comparison with other EU countries – the targets set for Greece remain quite high. For the 19 countries of the eurozone, for instance, the average surplus is expected to be 1.2 percent of GDP in 2018 and 1.1 percent in 2019.

"The fiscal surplus, if you ask me as an economist, is too high," Greek finance minister Euclid Tsakalotos admitted in July. He added however that "it [was] an empirical question", i.e. only one that the test of time will answer. "The Greek government will look at this and so will the finance ministers, to see whether the IMF is right, whether there is a problem with sustainability," Tsakalotos added.

"The issue is to accompany Greece to the path of success," EU finance commissioner Pierre Moscovici said in Athens in July. For the EU, seeing Greece achieve a sustainable growth will be crucial to avoiding a new crisis and a new multi-billion euro support plan.

As part of the end of bailout deal, the Greek government submitted a growth strategy. That plan focuses on building on the country's "comparative advantages" – agriculture and food, manufacturing, tourism, energy – while facilitating foreign investment in sectors like infrastructure and research.

"We have serious government policy from now on, which has sustainable growth and does treat our growth strategy seriously," Tsakalotos said in his interview. "I think everything is in place for sustainability." The plan was beefed up in June after eurozone finance ministers considered early versions as "not specific enough".

But the IMF considered in a report published in July that "more detail would be needed to fully develop [the growth strategy's] potential in providing a roadmap to achieve higher sustainable growth." The fund pointed out that under the plan, some recent labour reforms would be rolled back. "This will reduce labour market flexibility, risk disconnect between productivity and wages, and endanger jobs," it said.

It also noted that "it is unclear how the important objective to increase youth employment is consistent with the call to increase the minimum wage, when unemployment is still very high." The IMF also regretted that "no details are given beyond a commitment to fight tax evasion on how to move to a growth-friendly policy mix, whilst adhering to the post-program primary balance targets." As a consequence, growth forecasts vary between the EU and the IMF.

The fund expects a stronger growth in the short-term, but sees a decrease after 2020, down to 1.2 percent in 2023, while the European Commission sees a longer (although slowing-down) momentum, with 1.8 percent in 2022.

With the end of the bailouts, the EU has also insisted that the current and future Greek governments should stick to their commitments. "There will be no rollback unless discussed with the Eurogroup," warned an EU official.

To ensure Greece's reliability, the EU put the country under a specific mechanism, called the enhanced surveillance framework. EU missions to Athens will report every six months on how the government is doing in areas such as fiscal and structural policies, social welfare, financial stability, labour and product markets, privatisation, and public administration. This monitoring is expected to be in place until 2022, and longer if needed.

"Enhanced surveillance is there to help Greece build confidence with markets, investors and companies: they all want stability and predictability," European Commission president Valdis Dombrovskis said when he unveiled the mechanism.  After eight years, Greece is out of full-on crisis management. But it is far from having recovered. "Greece's recovery is not an event, it is a process," Moscovici concluded.