Getting rid of cash payments: who benefits?

When it was rumoured that banknotes could be spreading the coronavirus, banks that teamed up with card networks rubbed their hands with glee. Mastercard, Visa or the Internet giants like Google Pay or Apple Pay saw a unique opportunity to convince consumers to use their technology. Overnight, merchants in most European countries allowed card purchases for amounts that were sometimes less than one euro, with lower transaction fees, while supermarkets encouraged customers to pay for their groceries through contactless payment. 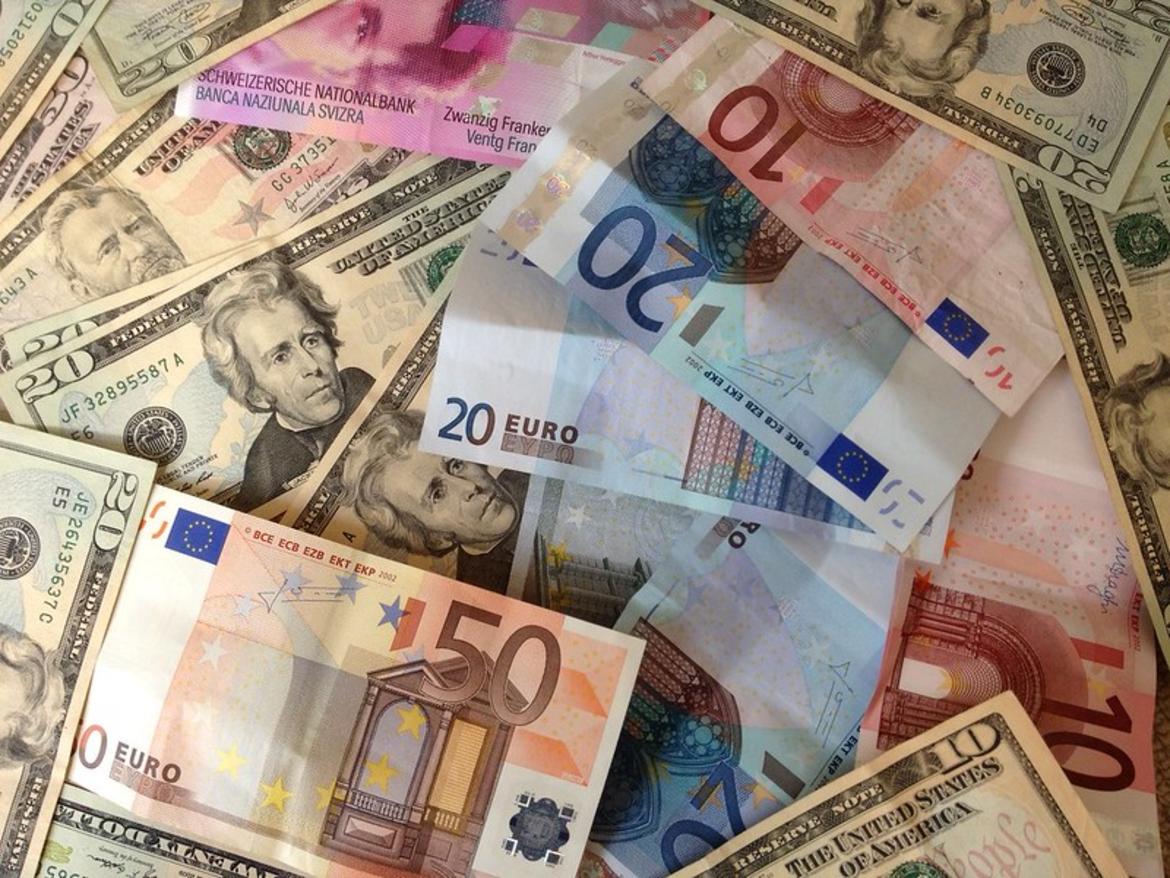 As a result, one in two French say that he has been using contactless payment more since the crisis began, according to a study carried out by the European Central Bank (ECB) in December. While cash trading has resumed between the two waves of the pandemic, it has steadily declined in daily transactions, while remaining a store of value.

Moreover, over the medium term, between 2016 and 2019, there was a clear decline in the use of cash as a means of transaction: while cash remained the preferred means of payment (59%) in 2019, it declined in value, going from 28% to 25%. France ranks among the European countries that used cash the least .

Those who hide behind the shift

Paying by card rather than cash is not an insignificant gesture. It has political, economic and social implications. The advocates for a cashless society are as numerous as the interests that drive them, such as the banks that see it as an opportunity to reduce their cash management costs, or the Internet giants that endeavour to develop payment applications to expand their economic activities.

It may be that some member states are also interested. As Yves Mersch, a former member of the ECB's executive committee points out, the first of these advocates are part of the "FinTech team”, companies that combine finance and technology. Willing to promote their innovations, they see this as an opportunity to do business. Next ones are part the "law and order team" and are interested in increasing their control over population. Some lobbies are also involved, such as the Better Than Cash Alliance, a global lobby group whose goal is "to accelerate the transition from cash to digital payments in order to reduce poverty and drive inclusive growth." Among its contributors are the Bill and Melinda Gates Foundation, CARE, the Dominican Republic government and Visa. In other words, a coalition of financial and philanthropic interests that campaigns for the abolition of physical cash, not only in the industrialised countries but also in the developing ones. This issue is not specific to Europe, however. In the name of progress and also to compete with China or the United States, international bodies such as the G20 or the European Commission also support the advent of a society where physical cash would be insignificant. For its part, the ECB is considering the launch of a digital euro, accompanied by a unified payment technology, "as a complement to cash", according to its president, Christine Lagarde.

However, the shift towards a gradual abolition of cash payments is not new. According to those who advocate non-cash payments, the use of digital means makes it possible to fight against money laundering, tax evasion, terrorism and also the current pandemic. These arguments are questionable, since it appears that terrorism in Europe is organised with little liquidity and that large-scale money laundering relies more on financial engineering than on suitcases filled with small bank notes.

"In fact, the disappearance of cash would mainly penalise small fraudsters, such as independent traders," says Franz Seitz, professor of economics at the Weiden Business School in Germany. Another argument the "anticash" circle put forward: the cost of managing cash. Printing, transporting, collecting and verifying banknotes generate significant costs for banks and merchants. It's easy to forget that electronic payments are not free. The merchant must rent a terminal and pays a commission on each transaction; the consumer must also pay transaction fees and an annual fee for each of his cards, which is ultimately a considerable source of income for private operators. Mastercard and Visa are very profitable companies.

Advocates of a cashless society maintained however that the contactless payments make transactions easy, a sign of progress that will go down in history. While some countries such as Sweden have almost stopped using cash – accounting for only 6% of transactions – others are more reluctant. Germany shows a strong attachment to saving and paying in cash, while Greece and Italy use cash more out of distrust of their governments.

In France, the preference for cash payments remains important, according to Marc Schwartz, CEO of the Monnaie de Paris and co-author of a recent analysis on the subject published by Terra Nova, a liberal think tank (1). It emphasises "the symbolic value of a currency that represents one's membership to a community". Besides, Guillaume Lepecq of Cash Essentials (an independent think tank working on cash payments in France) explains that the country "has implemented a legislation that regulates cash payments, establishing for instance a withdrawal limit. This goes back to WWII and to the fight against the black market".

At the same time, France has kept wiggle room compared to Visa or Mastercard, particularly on the fees amounts, or on the users private data protection through the Groupement des Cartes bancaires, an economic interest group that brings together most French banks.

The behaviour towards cash remains however an uncertain variable, as noted by Terra Nova, highlighting the "great paradox" in the health crisis: if it "has driven away a number of consumers from paying in cash", it has made cash more attractive as a safe haven, which is readily available on a daily basis. But promoting cash transactions is certainly not a coordinated strategy, whether by NGOs’ or politicians’.  Several NGOs, such as Oxfam, point the importance of coins and banknotes for the most vulnerable populations who cannot access digital payments.

In fact, when Sweden implemented the move to a no cash society, it gave birth to a protest movement called "Cash Uprising" led by a retired police officer, Bjorn Eriksson. He defends the 1.2 million Swedes who do not have access to bank cards because of poverty, of their isolated location, or their old age. These dissenting voices were recently been heard, since a law providing that every Swedish citizen must be able to benefit from a banking service offering access to cash within a radius of 25 km around his home was passed in 2020. A victory, of course, but this did not stop the overwhelming number of cashless transactions.

In France, this gradual transition has begun to cause casualties. At the end of 2019, asylum seekers in France using Ada, a special card for asylum seekers, suddenly found themselves cash-strapped, a situation that was urgently condemned by the National Consultative Commission on Human Rights (CNCDH). Not only were these people  deprived of any means of payment, but they also had difficulty getting their cards accepted, with merchants denoucing very high fees on their use. These protest movements however, remain marginal today.

Politicians do not seem very keen on advocating cash payments : "we lack a cash strategy from our politicians," says Ulrich Binnebössel, of the German Retail Federation. Germany is one of the few European countries with Sweden where cash debates are on the agenda in parliament.

Benoît Piedallu of La Quadrature du Net, a French advocacy group that defends and promotes digital rights and freedoms, deplores the lack of debate on the issue in France, including within the National Commission on Informatics and Freedoms (CNIL), an independent French regulatory body whose mission is to ensure the implementation of data privacy laws. "Yet," Piedallu recalls, "everyone's freedom is at stake" – the one of the most vulnerable groups but also every citizen's one, because we know that private groups have access to our confidential personal data each time we do an electronic transaction.

Whether at the individual or national level, dependence on a technology that controls our access to money is a major concern. Advocating cash payments is the responsibility of everyone. "The problem and danger are that humans are lazy, and digital payment is so convenient...", smiles Matthias Dobbelaere-Welvaert, founder of Ministry of Privacy, a non-profit Belgian organisation launched in January 2020. Five centuries ago, in The Discourse of Voluntary Servitude, Etienne de la Boétie wrote that "custom" is the first reason of servitude – which is also the forgetfulness of one's freedom. At the moment, nothing prevents French citizen from paying in cash rather than by card, because in the eyes of the French law, the euro is the legal currency, and it is forbidden to refuse its use.