Germany stands in the way of the European stimulus package

The European recovery plan is in a bad state. Already criticized for its slow implementation, the European Union now faces another issue with Germany, as the German Constitutional Court suspended on March 25 the ratification process of the "Next generation EU" plan at the national level. 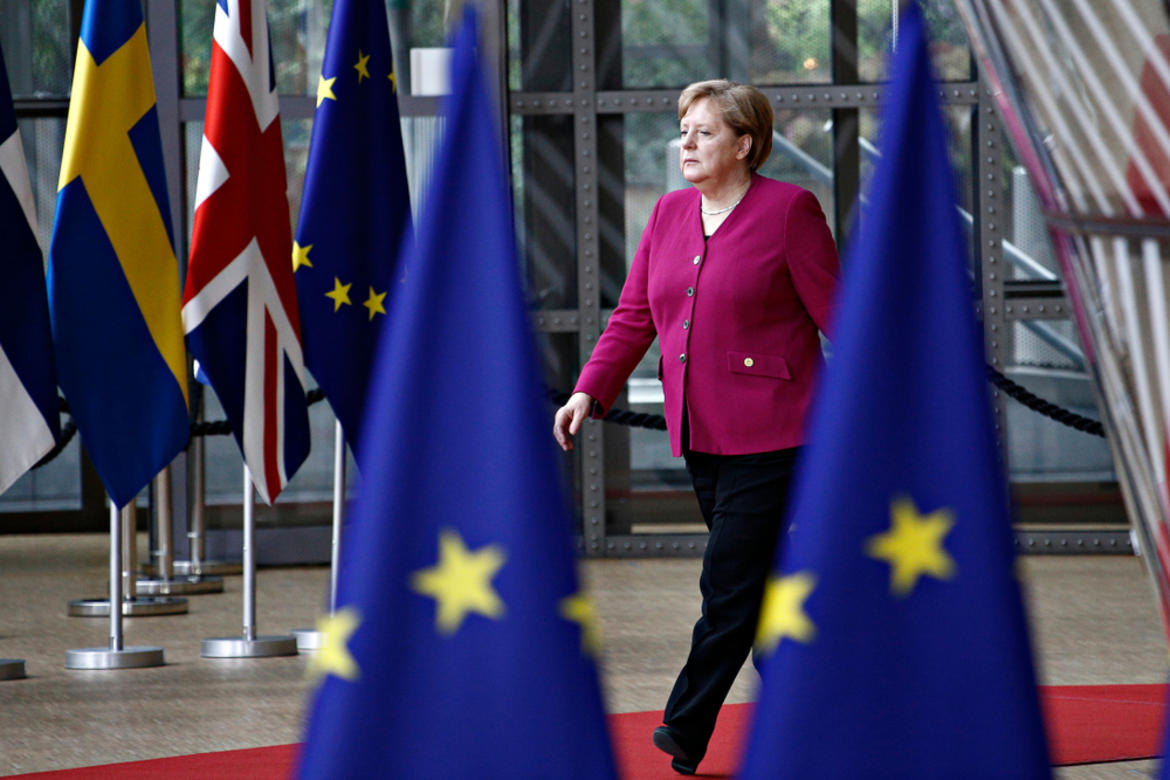 Nevertheless, some technical formalities remain to be completed. In order to be able to borrow this amount, the Commission first needs all national parliaments to approve a ratification law, through which each Member State officially authorises Europe to lift its own resources ceiling, which means an increase of 0.6 percentage points in gross national income, or from 1.4% to 2% under the recovery plan1. This increase should serve as a guarantee for borrowing on the markets and ensure that Europe will be able to maintain a balanced budget as required by the treaties. "The objective is to demonstrate to the financial markets that the EU does indeed have the fiscal capacity to handle the debt," says Crédit Agricole in an article on the subject . As of 26 March, 16 countries had already expressed their approval, including France . But this may be more complicated in Germany.

A constitutional complaint against this ratification law led by Bernrd Lucke, former leader of the far-right party Alternative für Deutschland, has indeed been filed before the German Constitutional Court. This text, which was previously already adopted by the German Parliament and Senate, cannot be signed by the Federal President until further notice.

Several legal grounds are under attack

The complainants ' motives are twofold. First of all, the complaint points to the inadequacy of the recovery plan with German constitutional law. "The EU debt means that the Bundestag is no longer in control of its budgetary rights," the economists of Crédit Agricole argue. Since the loan made by the Commission is in the name of the 27, if one or more countries fail, Germany will be obliged to pay the difference.

Last year, it was this line of reasoning and the lack of solidarity within the Union that complicated the negotiations ahead of the adoption of the recovery plan. Although the maximum amount possibly owed by Berlin is not boundless – it will not exceed 750 billion euros in the very unlikely event that all other Member States fail to meet their obligation to repay their debt – " the recovery plan is perceived by the complainants as a violation of the country's absolute sovereignty in fiscal matters ", summarizes Shahin Vallée, researcher at the German Council on Foreign Relations (DGAP) and author of an article explaining the reasons why Germany is blocking the ratification.

In fact, the European institutions have committed themselves to introducing new own resources in the coming years in order to prevent an increase in national contributions from the Member States just to pay for the recovery plan. A tax on non-recycled plastics has already emerged in January, and other proposals are being considered, such as the introduction of a carbon border tax, another on digital tax on tech giants or the introduction of a European tax on consolidated corporate profits. There would be enough to appease Germany's fears, but these resources will not be operational for several years, which until then leaves the member states to be the sole official guarantors for repaying the common debt in order to respond to the pandemic.

Secondly, the complainants argue that the recovery plan is incompatible with European law. They argue that the authority for the EU to borrow is a violation of the European treaties, which require that the budget must be balanced at all times. The legal question is therefore this: "Can a debt be considered as an own resource?".

The other point under attack is the very legal basis of the recovery plan. The latter is structured around Article 122 of the Treaty on the functioning of the EU (TFEU), which essentially allows the establishment of solidarity mechanisms between Member States in the event of an exceptional situation, a category in which the pandemic has no difficulty falling into. "The critical point here is whether the economic stimulus measures are really only aimed at overcoming the immediate consequences of COVID, since they consist mainly of investments in the energy and digital transition," say the authors of an analysis published by Crédit agricole. "Political opposition to the stimulus package is relatively a minority in Germany but the legal issues around European economic integration that the complaint raises are important. They are expressed in Germany rather than elsewhere because of the higher value placed on constitutional law by our neighbours, "says Shahin Vallée.

The answers to these legal questions, which are fraught with consequences for the European union, are now in the hands of the German Constitutional Court, which had already made people talk about it a few months by questioning (in the midst of a health crisis) the asset purchase program of the European Central Bank (ECB) . The court may either decide on the various points raised, considering adding conditions to Germany's participation in the recovery plan, or refer the decision to the Court of Justice of the European Union (CJEU) if it does not consider itself having the jurisdiction to judge the compatibility of the recovery plan with European law. "If the German Court chooses to give its ruling, it will undoubtedly be seen as a rather serious breach of the principle of the primacy of Community law over national law," stresses Shahin Vallée. The ECJ is the only body that can interpret EU law.

No date has been set yet for the decision of the German Constitutional Court. But one thing is certain, this obstacle slows down the implementation of the European recovery plan and the first disbursements, which were not foreseen before the summer  and which Europe, bogged down in a health and economic crisis, would need as soon as possible.

1. As a result of the UK's exit from the EU (which has reduced EU revenues) and of the estimated economic consequences of the health crisis, the authorised own resources ceiling outside the recovery plan has also been increased by 0.2 points from 1.2% of GNI in the 2014-2020 budget to 1.4% in the current budget for the period of 2021-2027.