To decommission or not to decommission? In the next few days, the French government will announce if it will permanently decommission nuclear reactors as part of its “multi-annual energy plan” (PPE) for the years 2019-20281. This key guidance document, expected more than four months ago, will outline the trajectory of the country’s energy production and consumption within the context of its contribution to European climate efforts 2. 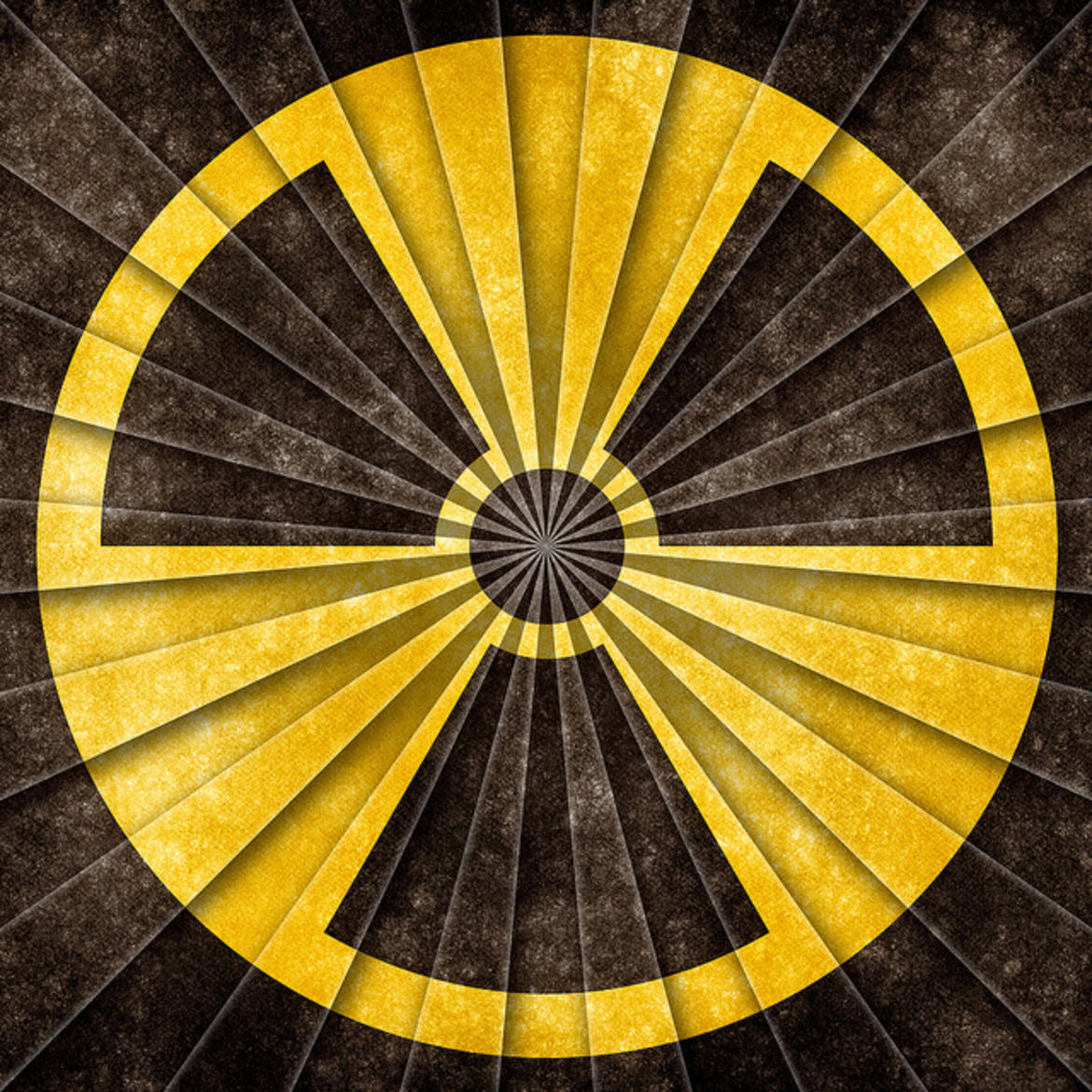 The delay in the presentation of this energy roadmap is due to indecision in high places concerning how to apply the law of 2015 which obliges France to reduce the nuclear share of its electricity generation to 50%. This share is extraordinarily high at present (71% in 2017), a unique figure in Europe and beyond.

To reach 50% nuclear while meeting the other targets of the 2015 energy transition law (concerning the development of energy consumption and renewable energy production), France must, as the annual Court of Auditors report of 2016 noted, eventually close between 17 and 20 of its 58 reactors - namely, those pushing forty, the lifespan of such reactors. Meanwhile, the government is listening intently to the nuclear lobby encouraging it to limit closures as much as possible, and extend the lifespan of its reactors.

According to the government document leaked yesterday, three scenarios are on the table . The first, which comes from the ministry of ecology, proposes 6 closures between 2023 and 2028, and 6 more between 2029 and 2035, thus 12 in total, in addition to the closure of Fessenheim. Elsewhere, no new site will be decided during the current presidential term. The second scenario is modelled on the claims of EDF: no additional closures before 2029, and extending the reactors’ lifespan to fifty years.

This second scenario, like the first, proposes a dozen definitive closures, but defers them to 2029-2035. As in scenario 1, there will be no decision on EPR during the current five-year term, in contrast to scenario 3, proposed by the ministry of the economy. This scenario foresees the construction of 4 new EPR units, the first two by 2034, which would require a speedy decision. In addition, only 9 reactors would be closed between 2028 and 2035.

Relative to the Court of Auditors’ estimate, these three scenarios all tend to minimise the number of reactor closures from now until 2035. At the same time, all three scenarios propose accelerating the rate of installation of new renewable energy capacities (which reached 2.8 GW in 2017), in a context where electricity consumption in France is expected to stagnate or decline at least until 2035, according to the latest provisional assessment of RTE . This would result in a large surplus of electricity production… which France would need to export to European markets.

What appears to be a strictly French affair thus becomes a European concern. If France, as it’s preparing to do, opts for a highly export-oriented model (in order to preserve the maximum range of reactors) at a time when electricity demand in Europe is stagnating3 and renewable energy production is growing rapidly, it will do nothing more than aggravate Europe’s long-standing excess capacity problem.

This excess capacity would have the deadly consequence of sharply lowering wholesale electricity prices on European markets, thus penalising electricity producers. With low margins, they’ll struggle to invest, which will slow down the exit from carbon and gas, and put the brakes on the deployment of renewable energies.

To this economic peril must be added the danger of environmental catastrophe. Extending the lifespan of reactors makes operation under optimal conditions more difficult, especially when lower margins reduce the capacity for investment in safety. The consequences of a serious accident in France obviously wouldn’t be limited to its national borders, but would impact a large swathe of Europe. There’s a tendency to forget that Europe, due in large part to decisions taken by France, is the most nuclearised region in the world.

The problem of overcapacity in European electricity, which may worsen depending on Paris’s decision, could be resolved by strengthening cooperation between member states. In particular, France and Germany could agree on a coordinated exit from dirty electricity, something like this: “to make room for renewable energies, you close your old coal-fired plants and I’ll close my old nuclear reactors”.

France, however, has no plans to abandon nuclear energy, unlike its fellow Europeans who quit a long time ago (Italy, Ireland, Greece, the Baltic countries...) or are in the process of quitting (Germany, Belgium, Spain…). On the contrary, it is even considering building a series of EPR (European Pressurised Reactor) units in order to renew, at least partly, the electrical capacities currently provided by its 58 reactors, of which 48 will have reached 40 by 2028.

Such a decision represents a safety issue not only for France but for the whole of Europe. Even if these EPR units are supposed to be more reliable than the previous generations, the flagship model built in Flamanville is facing serious setbacks involving the reactor pressure vessel and the welding of the primary circuit. Furthermore, these reactors will add to the mass of radioactive waste produced in Europe.

France is so eager to find a domestic market for its EPR that it hasn’t managed to sell it abroad. On the one hand, it faces fierce competition in Asia. On the other hand, and above all, nuclear energy is an industry whose decline seems irreversible, judging by the figures gathered in the World Nuclear Industry Status Report , an annual independent report which has tracked developments in the sector since 2004.

After an all-time high in 1976, the number of plants under construction was in constant decline for the following twenty years, and fell to zero in 1995. The rise which then followed might have seemed like an atomic renaissance, facilitated by growing environmental consciousness. Nope: this trend, which never reached the levels of the 1960s, and which relied exclusively on China, collapsed in 2010.

In fact, since that time, China - which possesses the majority of nuclear projects - builds less and less reactors now that renewable energies have become so much more competitive. While China has the greatest number of reactors under construction (16 of the 50 being built around the world, mid-2018), it has begun construction of no new reactor since the start of 2018.

As for Europe, besides the EPR in Flamanville, it has been practically thirty years since the construction of any reactors. Previously, this was because fossil fuels, coal and gas were more competitive; today it’s because renewable energies are more and more attractive. Nuclear energy represents only a minimal part of European investment into new electrical capacities: 10 billion euro between 2013 and 2017, as opposed to 315 billion euro for renewable energy. On the global scale, the contrast is still more striking… because unfortunately the growth of investment in green electricity has been happening without the help of the European Union.

Even if investment in wind and photovoltaic energy has sharply declined within the EU since 2011 and has yet to recover, it has still superseded investment in nuclear energy. Furthermore, the costs associated with renewable energy have dropped significantly. This has turned the divide between nuclear and renewable - whether in terms of installed capacity or production - into an abyss. From 2000 to 2017, the installed capacities of wind and photovoltaic energy have increased by 154 and 106 MW respectively, while the overall power of Europe’s nuclear energy dropped by 19 MW, with closures outstripping new units connecting to the network.

With regard to volumes produced, the gap is even more spectacular. Wind and photovoltaic production have increased over the period by 120 and 340 TWh, while nuclear declined by 100 TWh, mainly caused by maintenance periods or increasingly long incidents relating to the advanced age of the reactors.

Shrinking coal and nuclear production may be an underlying trend, but gas, which produces CO2, is experiencing a rapid recovery, while renewable energies with strong potential, namely wind and photovoltaic, are still far from eliminating their competitors.

New nuclear energy would seem to be as doomed on the European market as it is in the rest of the world. The price per KWh reflected in the contract between EDF and Britain for the construction of two reactors at Hinkley Point is almost 110 euro. These reactors have yet to be completed. As for renewables, the most recent bid launched in France gives an average cost of 55 euro per MWh for ground-mounted photovoltaic systems.

At this rate, even including charges linked to managing the intermittency of renewable energies, and even taking into account an eventual reduction in nuclear energy costs (an eventuality which isn’t supported by any market trends), nuclear energy loses the only advantage it could boast of: its cost.

With regard to fossil fuels, not much trust should be placed in market forces to bring about their disappearance - only more ambitious public policies can do that. In Europe, the price of CO2 imposed on electricity producers is far too low to discourage investment in coal and gas. France, with all its reactors, figures itself as a “friend of the climate” coming to the rescue of its fellow Europeans, starting with Germany, who will eventually resolve to cut investment in fossil fuels.

But this is to forget that France, like other countries in Europe, doesn’t just want to combat climate change and CO2 emissions, but also, especially since Fukushima, wants to turn its back on nuclear energy. It is difficult to imagine that the countries most dependent on coal and gas would accept making additional efforts with its plants if France, so dependent on nuclear energy, doesn’t make similar efforts with its reactors. In Europe, a deal on fossil fuels goes hand in hand with a deal on fission.