Europe is not doing enough to fight global deforestation

Companies that use commodities such as timber, palm oil and soybeans should shift to sustainable production, as the world's forest capacity declines, a report by IDH argues. 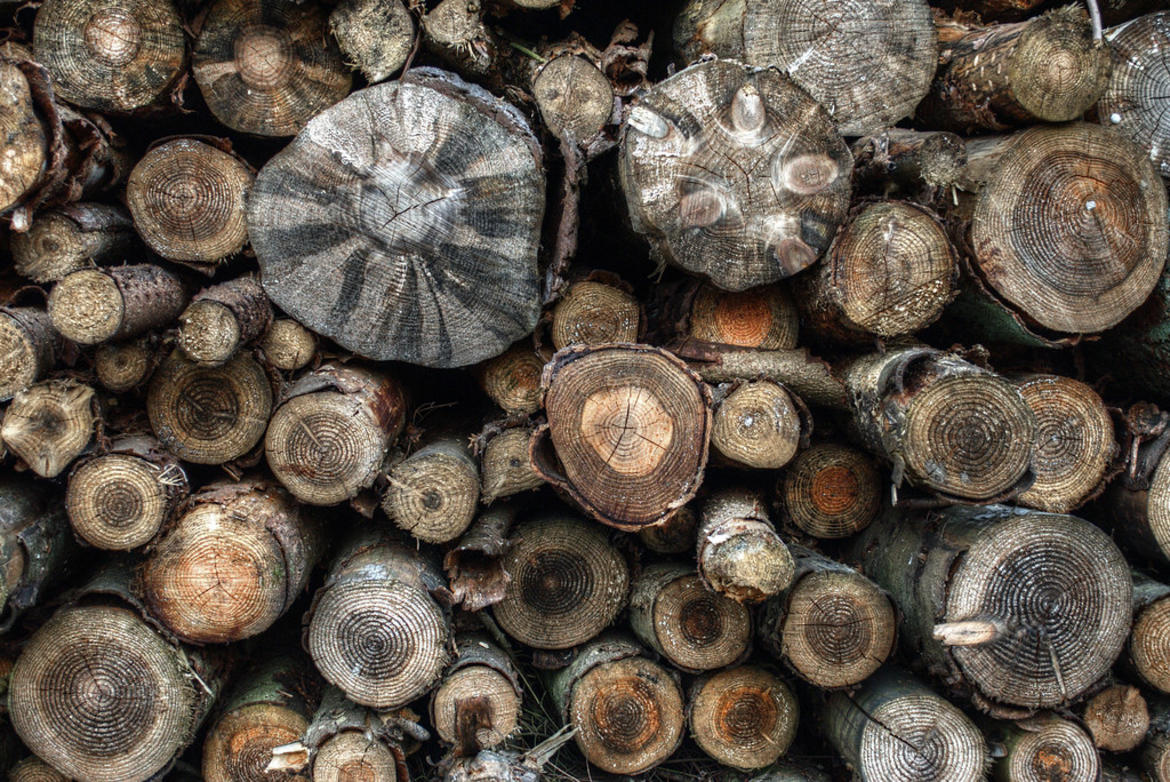 The food sector in Europe has an "urgent need" to move to "zero" deforestation. Companies that use commodities such as timber, palm oil, cocoa and soybeans should shift to sustainable production as forest capacity declines. This is highlighted in a new report by the Dutch non-governmental organisation IDH.

Deforestation slows down the planting and growth of new trees. This process leaves fewer "living" trees absorbing carbon dioxide and other greenhouse gases. Although some progress has been made on deforestation control, European businesses have not achieved the necessary goal of buying sustainable goods, the report said.

The calculations in the report show that the European Union used 34.4 million tonnes of soybeans, soy protein and soybean oil in 2017, which is about 12 per cent of the global soybean production. According to conservative estimates, only 7.6 million tonnes (22 per cent) of used soybean has been used responsibly (compatible with the FEFAC/European Feed Manufacturers’ Federation extraction guidelines). Only 13 per cent can be classified as "non-deforestating". 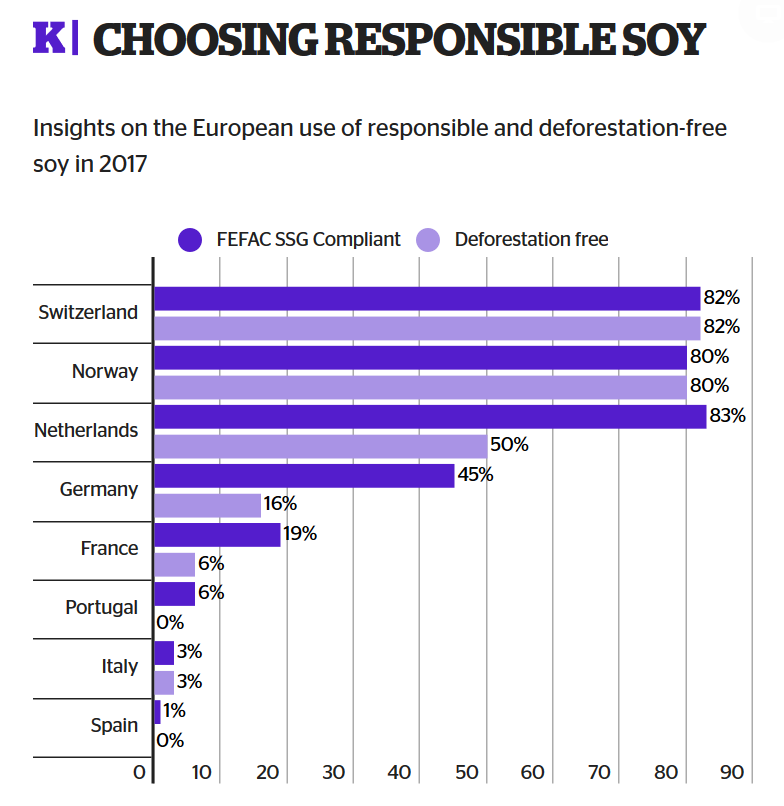 Scandinavian countries demonstrate the highest rates of use of "responsible and non-deforestation soybeans" thanks to the strong involvement of civic organizations and the assistance of the governments.

In Europe, there is very little eco-friendly supply of soybeans and timber. Palm oil production has higher percentages of sustainable supply. 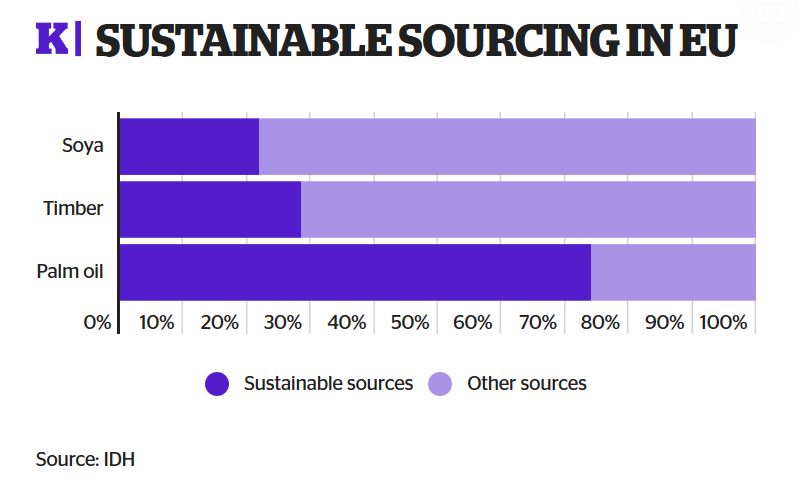 Conflict between the interests of the continents

The European Union is fighting against global warming and insists on restrictions on the use of palm oil in the face of concerns that its palm oil production causes deforestation and changes in climatic conditions. But palm oil-producing countries have identified the Union's intentions as misleading and harmful to countries that depend on this industry. For example, palm oil exports brought to Indonesia $17.8 billion last year and this industry contributes about 3.5 per cent to the country's gross domestic product.

According to World Bank data, the share of forested areas decreased from 31.6 per cent in 1990 to 30.7 per cent in 2017. Deforestation also has a negative impact on biodiversity, destroying animal habitats.

In 2010, companies of the Consumer Goods Forum said they would work to eliminate deforestation through the responsible supply of cattle, palm oil, pulp, paper and soybeans. A separate report released this month by Greenpeace demonstrates that an area equal to Spain is expected to be destroyed for raw material production between 2010 and 2020.