The current capital levels of 12 eurozone institutions, plus two British, appear to be insufficient. 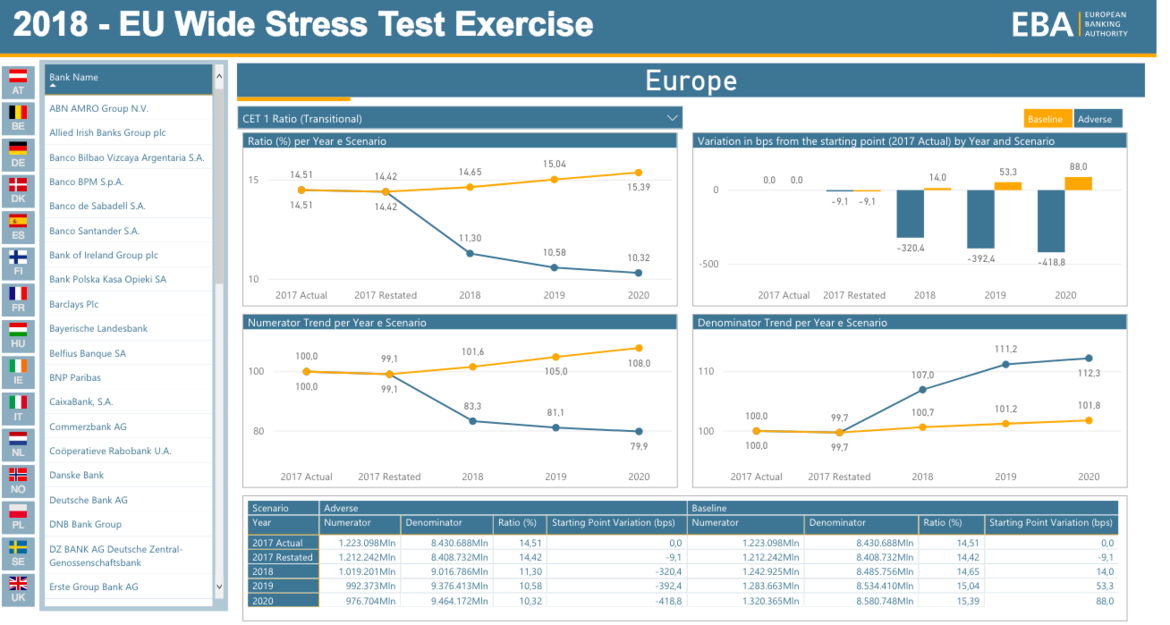 According to Luis de Guindos, vice-president of the European Central Bank (ECB) , a dozen eurozone banks are not sufficiently capable of withstanding a serious crisis. These institutions are “areas of vulnerability” that will be subject to close monitoring. Two British banks should also be taken into account for a clear overview of Europe’s institutions posing problems, according to regulatory criteria.

If there’s a new crisis

Luis de Guindos’ comments follow the European Banking Authority’s (EBA) publication earlier this November of the results of its latest “stress tests” . Like any enterprise, banks in trouble absorb their losses with their capital, provided by shareholders.
The EBA therefore tries to test whether banks in a crisis situation (a strong recession accompanied by financial market turbulence) would have sufficient capital to deal with it. The current capital levels of 12 eurozone institutions, plus two British, appear to be insufficient.

The situation is disquieting for several reasons. The points of vulnerability are spread far and wide, with banks located in seven different European countries (Germany, Austria, Spain, France, Ireland, Italy, the UK).

Furthermore, according to the latest list published in mid-November by the Financial Stability Board (in charge of coordinating financial regulation at the global level), out of those 14 institutions, four are considered “systemically important”, that is to say their individual debts are capable of provoking a national or global crisis. Thus, BNP Paribas, Deutsche Bank, Barclays and Société générale, the second, fourth, sixth and seventh largest banks in Europe respectively, do not possess, according to the calculations of the EBA, sufficient capital levels to cope with losses incurred during a serious crisis while maintaining investor confidence. Their current capital levels do not guarantee their survival in serious crisis situations.
Finally, one may wonder about the risk levels outlined by Luis de Guindos. De Guindos defines as being at risk those institutions which, in a crisis situation, would have a capital level lower than 9% of the bank’s risk-weighted assets. This suggests that their initial capital level, before the crisis, is insufficient. But what does “insufficient” mean?

In a study published in 2016 , the International Monetary Fund (IMF) calculated the capital level a bank would need in order to absorb losses linked to the subprime crisis without needing recourse to public money. Depending on the institution, the figure ranges between 15 and 23% of their risk-weighted assets. Now, a glance at the data from EBA shows that, of the 48 banks under review, only half pass the 15% mark, and only a dozen pass 17%. The conclusion is obvious: in the event of a severe crisis, there is a high probability that taxpayers will have to step in to save the largest banks. The ECB is right: these institutions must be closely monitored.