EU's support for Ukraine backed by three-quarters of Europeans

After almost a year of war with Russia, EU citizens still predominantly support Ukraine and the EU’s approach to the crisis. Despite the political, social, and economic costs, EU citizens stand firm behind democracy and appear willing to make sacrifices for it. 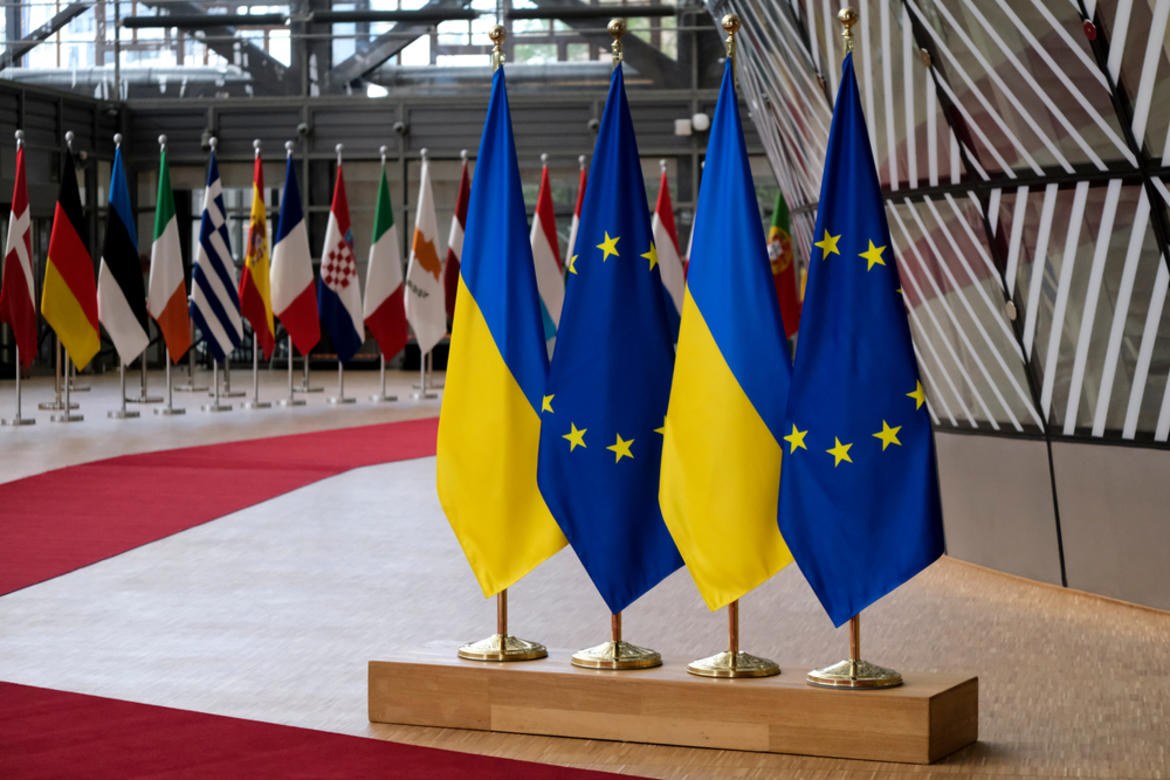 An overwhelming majority of the EU’s citizens, precisely 74 percent of the respondents back the European Union’s support for Ukraine – shows a fresh Eurobarometer poll published on January 18, 2023. Close to the same proportion of those asked – 73 percent – expressed that they agree with the sanctions waged against Russia and with the envoy of financial-economic, military, and humanitarian aid to Ukraine by the EU and its member states.

The level of support varies widely across the member states however. According to the Eurobarometer findings, countries where support for Ukraine is the highest are Sweden (97%), Finland (95%), the Netherlands (93%), Portugal (92%), and Denmark (92%). Interestingly, some of the EU countries that are the most affected by the war, i.e. Germany and Poland, are among the strong supporting countries with 73 and 85 percent support levels respectively. On the lower end of support are Bulgaria and Greece (48%), neighboring Slovakia (49%), and Cyprus with 53 percent. This indicates that even in the least supportive EU's member states about half of the population agrees with the EU's stance. 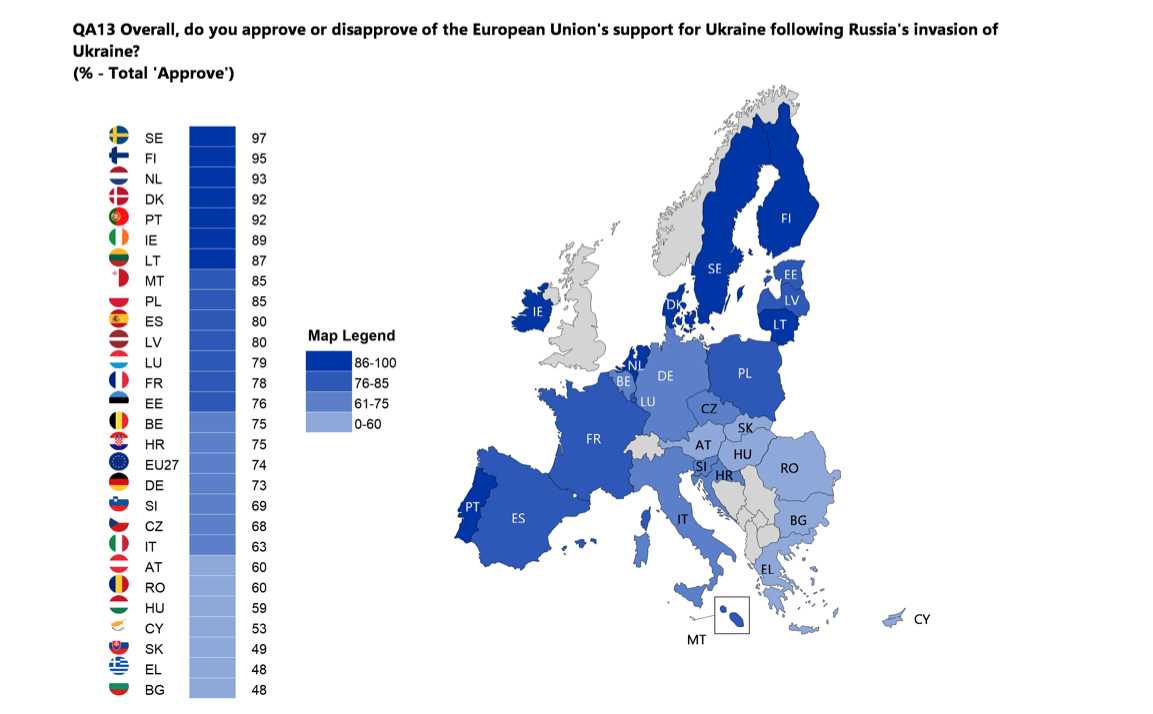 The impact of the war and people's attitude

The key question of citizens' support for EU's action in and for Ukraine is essential at times when many individual European countries are in the process of ramping up defense and military aid to fight the Russian aggression. The results are particularly important knowing that the majority of the 26,000 polled people are well-aware of the effects of the war on their daily life, including the rising cost of living in the EU, booming energy prices, the potential spill-over of the war to other countries. Indeed, two-thirds of the respondents believe that their life will change because of the war. Ireland is the only EU country where this perception is low.

National unemployment rates seem not to be affecting citizens' attitude towards the EU's support to Ukraine. To little surprise though, the higher a member state's GDP, the higher its citizens' level of support is. That is to say, people living in countries with a higher GDP per capita are more likely to approve of EU's support for Ukraine.

EU statisticians went even further to figure out the attitudes of those who are feeling the effects of the war on their own daily life. They concluded that two-thirds of those who have been having trouble with paying bills in their household still approve of the EU’s policy toward Ukraine and the Russian aggression.

Looking into the demographics, Eurobarometer researchers found that the higher a respondent's level of education is the more they consider the EU’s line on Ukraine the right one. Speaking in terms of socio-professional categories, managers (84%), other white-collar workers (76%), and students (79%) show the highest level of support, while housing persons show the lowest level with 63 percent.

Lastly, a rare species of its kind is the voters' satisfaction with their own government's cross-border cooperation in the affected fields. Close to six out of ten polled people were satisfied with the way governments work together to address the consequences of the war in Ukraine. 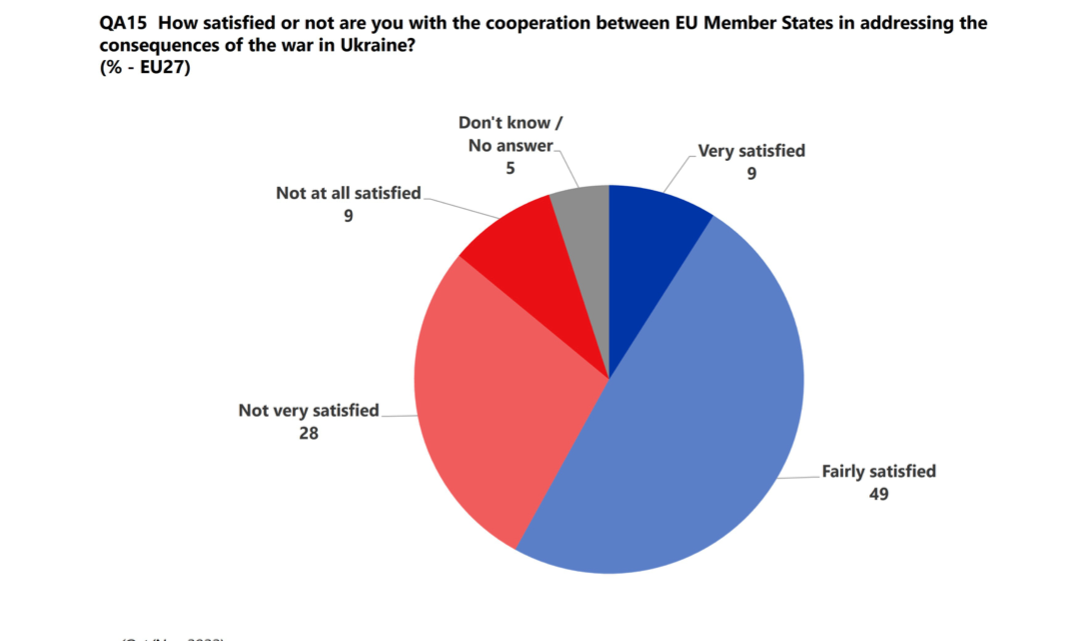