In 2020, 4,000 fewer people died in the EU as a result of road accidents compared to the year before, according to the European Commission, making the bloc the safest region compared to the rest of the world and the global average of road traffic deaths. EURACTIV France reports.

The Commission published on 20 April preliminary figures  about road traffic deaths in 2020.

According to the figures, 18,800 people were killed in road accidents last year, an unprecedented annual decrease of 17% amounting to 4,000 fewer deaths compared to 2019. The COVID-19 pandemic has had “a clear, albeit unmeasurable, impact” on the number of road deaths, the Commission added.

“With almost 4,000 fewer deaths on EU roads in 2020, compared to 2019, our roads remain the safest in the world,” said Transport Commissioner Adina Vălean, adding, however, that “we are behind our target of the last decade and joint action is needed to avoid a return to pre-COVID levels.”

During the previous decade, from 2010 to 2020, the number of road deaths fell by 36%, falling short of the target set for the decade, which envisaged a 50% drop. However, with 42 road deaths per one million inhabitants, the EU still remains the safest region compared to the world average of road traffic deaths, which is set at above 180. 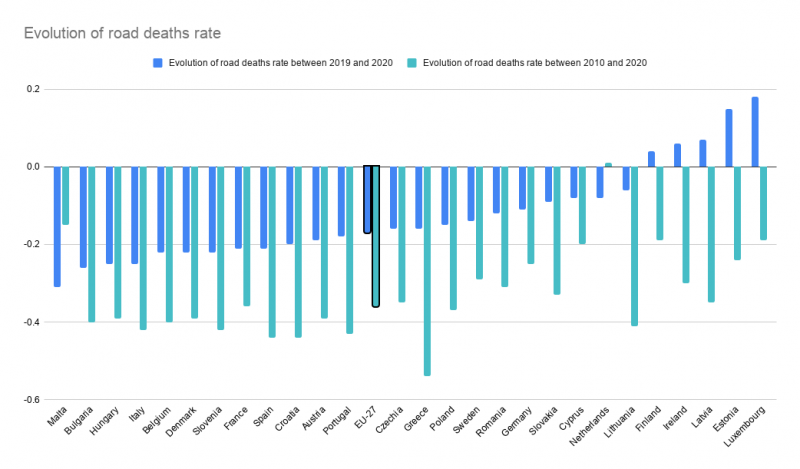 The World Bank estimates, using 2019 figures, that the EU had 60 road deaths per one million people. This compares with 130 in the US and 170 worldwide. 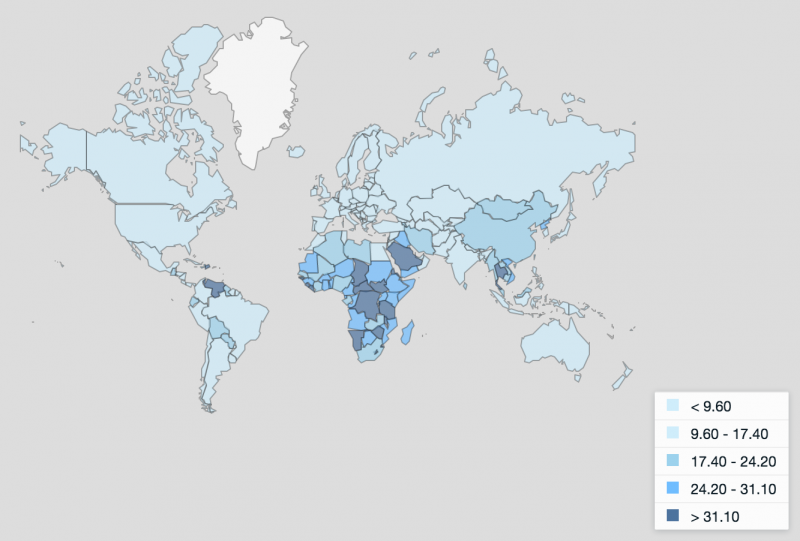 According to the preliminary figures, 18 EU countries recorded the lowest number of road deaths in 2020. However, the decrease is far from uniform, with the biggest decreases – of 20% or more – recorded in Belgium, Bulgaria, Denmark, Spain, France, Croatia, Italy, Hungary, Malta and Slovenia.

In contrast, five EU countries – Estonia, Ireland, Latvia, Luxembourg and Finland – recorded an increase in deaths, although the number of road traffic deaths in smaller countries tends to fluctuate from year to year.

Over a longer period, the number of deaths on European roads fell by 36% between 2010 and 2020, which is below the 50% target set by the European Union.

Greece was the only country to have exceeded the target as it reduced the number of road traffic deaths by 54%, followed by Croatia and Spain with 44%, Portugal with 43%, Italy and Slovenia with 42%. Nine EU states in total saw their road-related deaths reduced by 40% or more. 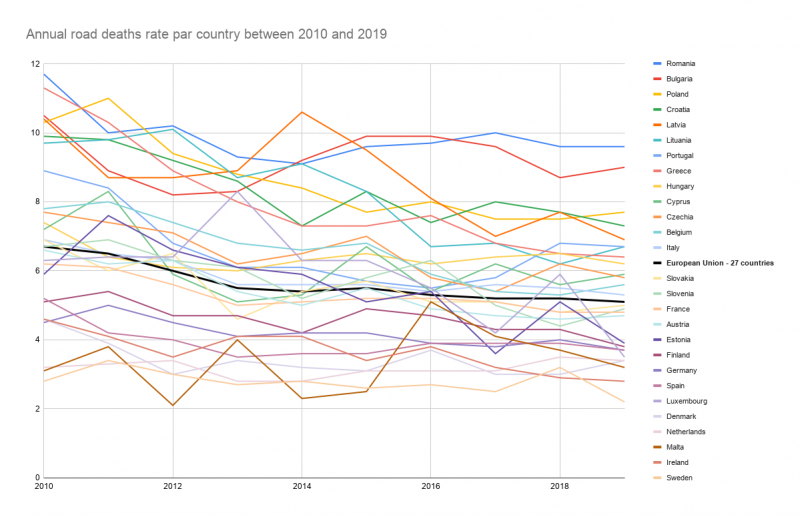 According to the Commission, the drop in traffic due to the COVID-19 pandemic has had “a clear, though not measurable, impact on the number of road deaths”. Data from some EU countries indicate an increase in risky behaviour, particularly speeding, during lockdown periods.

The EU executive also notes the growing popularity of cycling, which has led to a reallocation of road space to cyclists and pedestrians. While “this encouraging development can have a significant positive impact on air quality and climate change”, it creates “new road safety challenges,” the Commission pointed out.

Across the EU, around 70% of road traffic deaths in urban areas involve vulnerable road users – pedestrians, motorcyclists and cyclists. Tackling road safety in cities is thus a key policy area and the Commission wants to ensure road safety is taken into account at all stages of urban mobility planning.

The figures were released at the EU Road Safety Performance Conference, which is part of the international road safety project called “Vision Zero”, which aims to achieve a road network free of road traffic deaths and serious injuries.