New tools developed by a consortium of data-journalists, researchers and developers will allow anyone to follow closely the process of public procurement, and to spot potential problems. 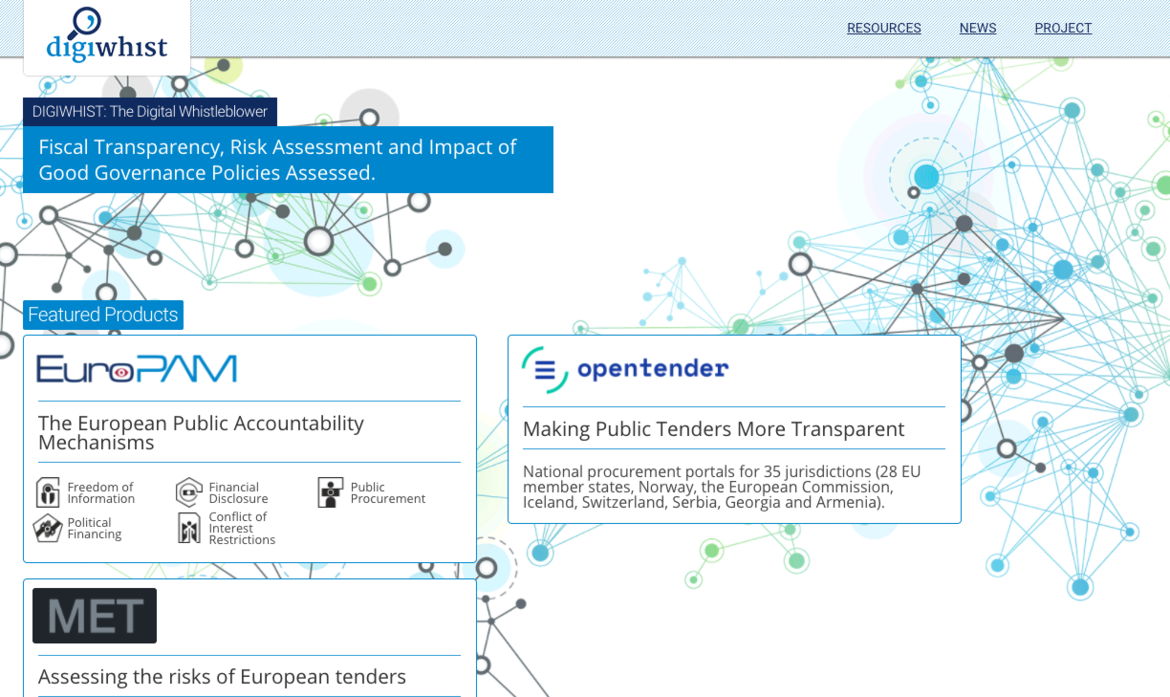 Digiwhist is a European project which aims to gather, format and make easily available the data on public procurement from 35 European countries (the 28 EU countries, plus Norway, Switzerland, Iceland, Serbia, Georgia, Armenia, and the EU institutions themselves). On January 29, 2018 Digiwhist members presented the tools they have developed in the context of the Horizon 2020 program, at a conference at the European Parliament in Brussels.

Digiwhist's objective is to provide politicians, journalists and civil-society representatives with tools which allow them to follow the trail of public money using big data made available by public bodies, and allow the public bodies to improve their methods and to fight corruption. This corruption "is evaluated at € 5.3 billion per year. In the health sector alone there are annual budget savings of more than 20% to be made", claimed the president of Transparency International Europe, Carl Dolan, who attended the event. Corruption "undermines competition, distorts markets, damages trust between citizens and their representatives and in the end harms all of society", said Green MEP Benedek Jávor. He added that "this system makes it possible to keep an eye on public contracts – particularly those awarded without an open tender – and on the financial situation and working conditions of the chosen contractors. At the same time it provides an overview of vulnerabilities in national legislation, thereby helping governments and the Commission to improve them and increase citizens' trust in the institutions – which is the ultimate aim of the project".

The Digiwhist project has created three tools: EuroPAM (European Public Accountability Mechanism), OpenTender and MET, which is not yet operational.

EuroPAM is a system for monitoring efforts in, and degree of, transparency, as well as the degree of accountability on the part of civil servants, across the 35 countries plus the EU institutions (Parliament and Commission). Based on indicators of the World Bank's Public Accountability Mechanisms Initiative (PAM) relating to financial transparency, political funding, conflict-of-interest restrictions, press freedom and public procurement practices, EuroPAM aims to "improve trust in governments and the effectiveness of public spending in Europe", by providing civil society, investigative journalists and state employees with "the tools they need to increase transparency in public spending and increase the accountability of civil servants of the EU and neighboring countries". 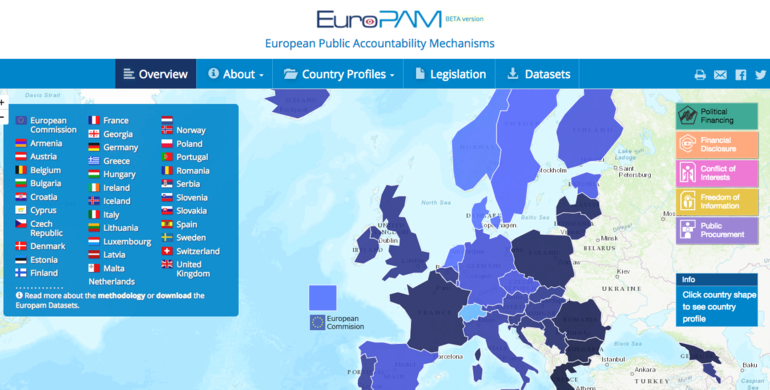 OpenTender, meanwhile, allows users to "search and analyse data on public procurement across 35 jurisdictions (the 28 EU member states plus Norway, Iceland, Switzerland, Serbia, Georgia and Armenia, and the European institutions)", said Alina Mungiu-Pippidi of the European Research Centre for Anti-Corruption and State-Building, in her presentation. She added that the OpenTender database "contains almost 17.5 million public contracts, covering the period 2003 to 2017".