Croatian cities are getting warmer

EDJNet's investigation shows that every major city in Europe is warmer in the 21st century than it was in the 20th. Seven Croatian cities are included in the analysis: Zagreb, Split, Rijeka, Osijek, Slavonski Brod, Pula, and Zadar. 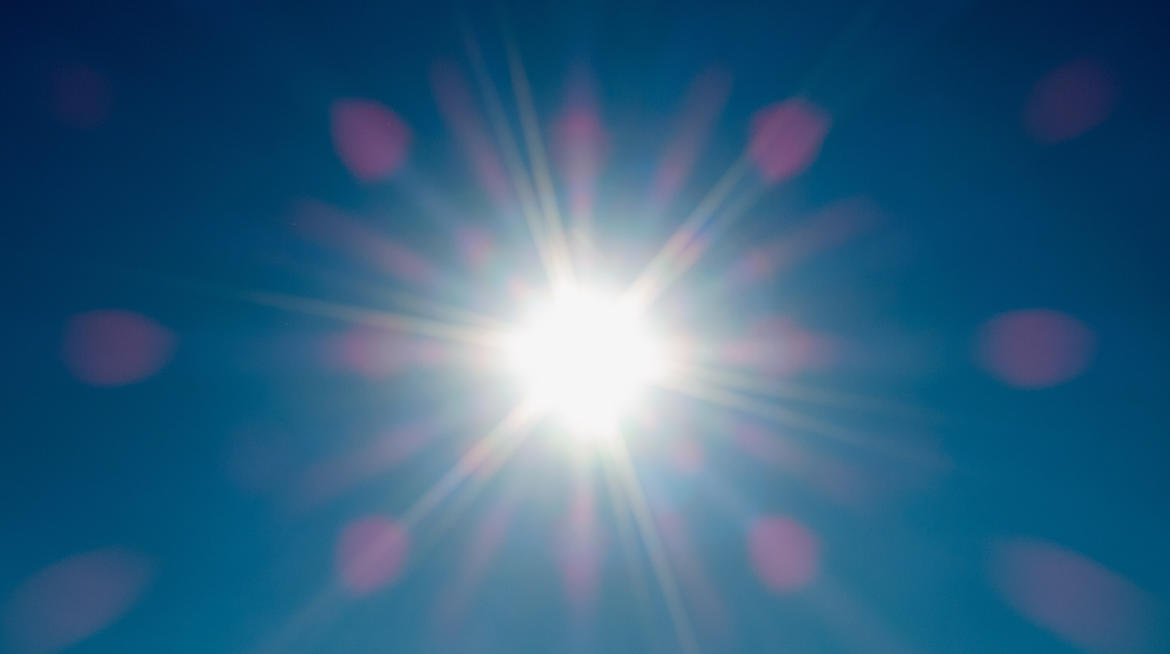 An analysis of over 100 million meteorological data points, conducted by the European Data Journalism Network (EDJNet), shows that every major city in Europe is warmer in the 21st century than it was in the 20th. Using data from a variety of sources, made available by the European Center for Medium-Range Weather Forecasts (ECMWF), EDJNet analysed temperature increases over the past 117 years in more than 500 European cities, including seven cities in Croatia: Zagreb, Split, Rijeka, Osijek, Slavonski Brod, Pula and Zadar.

EDJNet’s analysis shows that, among the Croatian cities included in the study, the most significant temperature increase has occurred in Split (+1,3°C), followed by Zagreb (+1,12°C), Slavonski Brod (+1,1°C) and Zadar (+1°C), while in Rijeka, Pula and Osijek the average temperature has increased by less than 1°C. 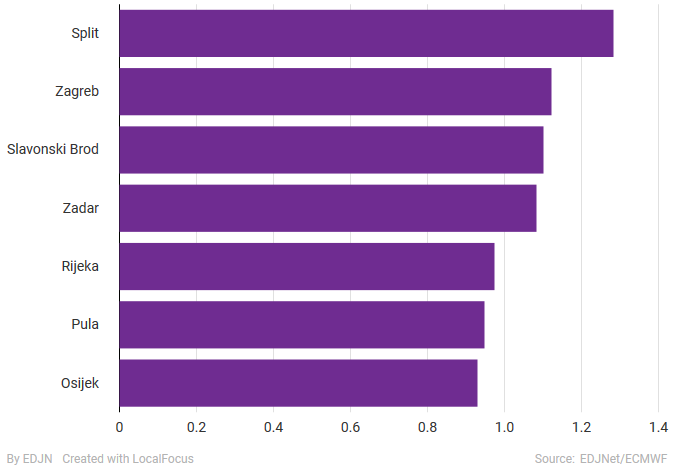 Another relevant indicator of climate change is the number of hot days recorded each year. The threshold above which one day is considered hot varies from city to city and depends on the average temperature. This indicator is calculated as the average of all the temperatures recorded during the day, thus enabling a view of the actual temperature trend. This value is around 28°C in Osijek, Pula and Rijeka, 27°C in Split, Zadar and Slavonski Brod, and 26°C in Zagreb. 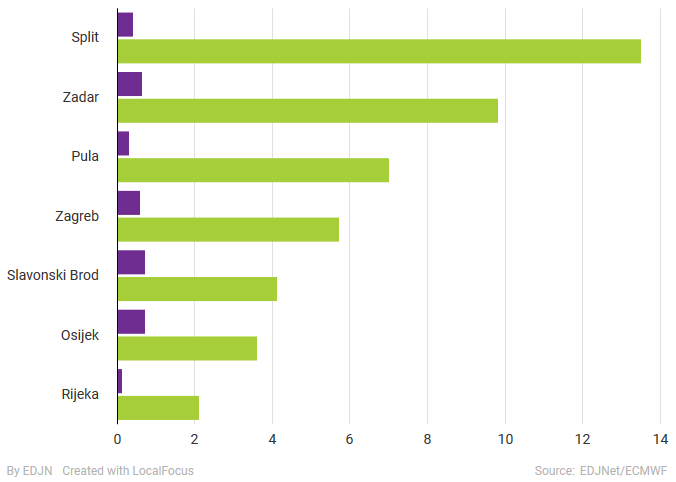 Although these data refer only to temperature increases, they are a good indicator of climate change. As we have already written, the world is paying a high price for every year of deferred action on climate change. Climate change is a global and very complex problem, and it cannot be effectively tackled without taking into consideration the dominant economic model.

Those who wield political power in Croatia show a general lack of interest in the climate change problem. And yet, EDJNet’s analysis shows that the Balkans are among the European regions most affected by climate change. Without urgent action aimed at reducing greenhouse gas emissions and serious measures for adaptation to climate change, extreme weather events – like droughts, wildfires and sea level rise – could soon be a part of our everyday lives.