Can Europe avoid the coming crisis?

The international outlook for this autumn does not seem rosy. Will Europe be able to act in response to the warning signs? That will largely depend on the German government’s willingness to (finally) let go of the dogmas imposed on the eurozone for the last decade. 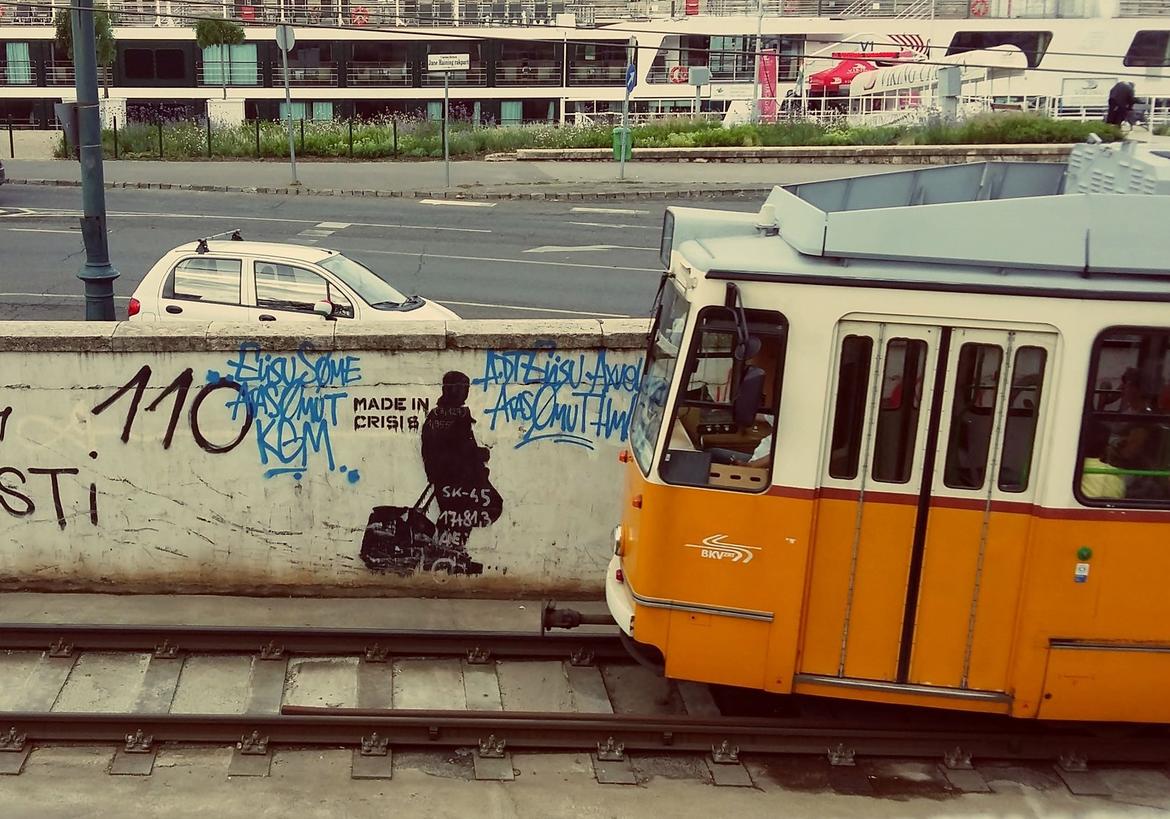 Germany is heading into recession and the US might follow; Italy’s political crisis is worsening; Brexit uncertainty is deeper than ever; the China-USA trade war rages on; between Iran, Syria, Venezuela, Hong Kong and North Korea, geopolitical tensions continue to pile up.

For the second quarter of 2019, eurozone growth fell to a meagre 0.2% compared to the previous quarter. The German economy, the biggest in the eurozone, went into the red. Italy’s, the third biggest, stagnated. The UK, second largest economy of the EU, also saw a 0.2% drop in its GDP. And so far nothing suggests that the situation will improve in the third quarter. On the contrary: Germany is due to enter recession officially. Its economy alone accounts for 29% of the eurozone GDP, and it is German industry that is suffering above all: the sector has already shrunk by 7.5% since the end of 2017. Car production in particular has fallen back to its low point of 2009, at the height of the crisis. But the banking sector is in difficulty too: the two main private banks, Deutsche Bank and Commerzbank, are dragging down the whole European sector.

Against this morose background France is doing a little better than its neighbors, with second-quarter GDP growth of 0.2%. But over a year its GDP has increased by only 1.3%, against 2.5% in the second quarter of 2018, a fall of half in 12 months. And this as public deficits are set once again to break through the 3%-of-GDP barrier this year, due both to France’s Competitivity and Jobs Tax Credit (CICE) for 2018 and the long-term reduction in employer payroll taxes which is replacing it – a gift to business worth around €15bln. Added to this are the measures provoked by the yellow-vests movement, coming to another €17bln (partly due in 2020).

Such a stimulus should boost the French economy, which is less industrial and export-dependent than the German and Italian ones. But given the context of international turbulence France’s government has probably rattled the French too much with its measures to loosen the labor market, reduce public spending, limit unemployment benefits and shake up the pensions system. Thereby canceling out a big part of the expansionary measures, which will be diverted into precautionary saving.

The role of the European Central Bank

Beyond just France, what can Europe do to avoid a new vicious cycle like that of a decade ago? The eurozone should still have an external trade surplus of €380bln this year, 3.2% of its GDP, according to the European Commission. In other words we are living well within our means and the margin for manoeuvre is large. But given the dogmas which have dominated European politics for the last decade, this will not necessarily lead to movement.

Faced with economic slowdown, the European Central Bank could start by lowering the short-term interest rates at which it lends to banks and inject money directly into the economic circuitry (the famous quantitative easing, implemented on a large scale since 2012). But the ECB’s benchmark interest rates are already zero, and the central bank already applies negative interest rates to money that banks confide to it instead of lending. Furthermore, by buying armloads of bonds on financial markets since 2012 in order to create money, the ECB has amassed €4678bln of them, or 39% of the eurozone GDP, fully twice as much as the American Federal Reserve’s figure.

Moreover, the effects of this policy on the real economy have decreased, as is illustrated by the persistent weakness of growth and inflation: last August the annual eurozone inflation rate was still only 1%, half the ECB’s target of 2%. And the low interest rates resulting from the ECB’s monetary policy have effectively canceled out the returns of middle-class savers, who generally use low-risk financial products. This explains the discontent directed at the ECB by many Germans, who save a lot.

On the other hand this policy tends to boost the value of investments, either shares or property, resulting in easy profits for the very rich, and comfortable commissions for the financiers who manage wealth. This is why these groups remain favorable to such loose monetary policy. In short, the ECB’s room for manoeuvre is now limited, even if it is expected to implement a few extra measures in September. And in any case it is not ideal to continue relying on the ECB to support economic activity.

The need for state intervention

In the current context of very low interest rates on sovereign bonds, it would be better to make more use of budget deficits. Across the eurozone such deficits should only reach 0.9% of GDP this year. True, that is 0.4 points higher than in 2018: France and Italy have already let up a little on budgetary discipline. But there remains a substantial margin, even while respecting the famous 3%-of-GDP limit. However, it will be difficult to exploit this margin, due to the Treaty on Stability, Coordination and Governance adopted in 2012. This effectively prohibits states whose public debt exceeds 60% of GDP from indebting themselves further.

And yet the economic policy carried out since 2012 has kept Europe’s economy on the edge of recession. As a result, public debt has barely fallen: except for Germany it is still on average at 97% of GDP in the eurozone, a drop of only 5 points since the summit of 2014. In order to respond at the necessary scale to the current slowdown, the TSCG will have to go. Not easy.

As for Germany, it currently has a budget surplus of 1 point of GDP. It has made the most of its privileged position since the crisis to bring its debt down to 58% of GDP. Germany is thus today both the country which most needs to support its economy and the one which has the most room to do it. Will it? That remains in doubt. Firstly, because the gravity of the situation is not yet fully understood in Germany: the idea that this is a temporary blip continues to hold sway. In 2009 Germany experienced a deep recession – a GDP fall of 5.6% in the fourth quarter of 2009, twice as bad as in France – but the country quickly got out of difficulty without major public intervention due to demand for its machines and cars, a situation made possible by massive stimulus programs in China and the US. It seems very unlikely that a similar scenario will arise this time. And, following the diesel scandal, the crisis in Germany’s car sector looks likely to last, at a time when this market is in the midst of a general shake-up. If Germany does not grasp quickly enough that this time it will need major and sustained state intervention to get out of the crisis, the outcome risks being a difficult one. Not only for Germany but also for Germany’s EU partners.

Germany’s deficiencies run deep. The country has invested little in its public infrastructure over the last 20 years, although a small effort has begun to be felt in the last three years. Poverty is higher than in France, in particular among pensioners. In terms of the energy transition, much has been done but the simultaneous exit from coal and nuclear energy remains a colossal challenge. And the country is also facing a housing crisis in its big cities, one which may need major public intervention.

There is room for manoeuvre, but it remains difficult to use it. Partly this is due to an ideological block concerning state intervention, in this country profoundly influenced by ordoliberalism. But there are also big institutional constraints. For example, in 2009 Germany wrote into its constitution a “Schuldenbremse”, or “debt brake”. This disposition bans Germany’s states from running deficits and limits the federal government’s deficit to 0.35% of GDP. This is the policy of the “schwarze Null”, the “black zero” (contrasted with the red of deficits). It is true that this concerns structural deficits: it is possible to go further in the event of economic slowdown, and there are special provisions for the case of a major crisis. But the existence of this constitutional clause complicates the creation of any stimulus program.

In late August Olaf Scholz, the social-democrat finance minister, did evoke the possibility of a €50bln stimulus package, representing 1.4% of German GDP. But this was only a trial balloon. And the Frankfurter Allgemeine Zeitung, Germany’s main conservative daily newspaper, immediately published a front-page editorial claiming that “a conjunctural package was not necessary”. The German government did decide to lower taxes by €10bln, or 0.3% of GDP, but this will only take effect in 2021.

One last lever that might be used: labor-market policy. Policies to flexibilize labor markets and lower labor costs, currently being carried out across Europe, are contributing powerfully to the eurozone’s persistent deflation. Such policies are particularly reflected in the so-called “unitary cost of labor”: the cost of labor required to produce a euro of wealth. In the eurozone this figure has continued to fall in recent years, dropping by 3 points since 2009.

It is true that after having made the most of social-dumping in the early 2000s German labor costs began rising significantly after 2016, in particular due to the introduction of a minimum wage. This helped boost Germany’s internal demand. But the negative effect of the Schröder period is not yet absorbed. And in recent years countries such as Italy and Spain have taken up the baton in this race to the bottom. Higher salaries, in particular via a minimum wage (including its introduction in Italy, a rare country which does not have one) is probably today a necessity. But currently there is no institutional lever to coordinate such a policy across Europe. As in the case of public deficits, this stimulus by wages does not particularly concern France, where unitary labor costs have hardly budged in recent years.

Will Europeans, and our German neighbors in particular, be able to lose their blinkers in time to face the crisis that is brewing? Stay tuned.