Only half of Volkswagen Group's problematic cars in Bulgaria have received a software update, and now the country risks being flooded with low-quality polluting vehicles from Western Europe. 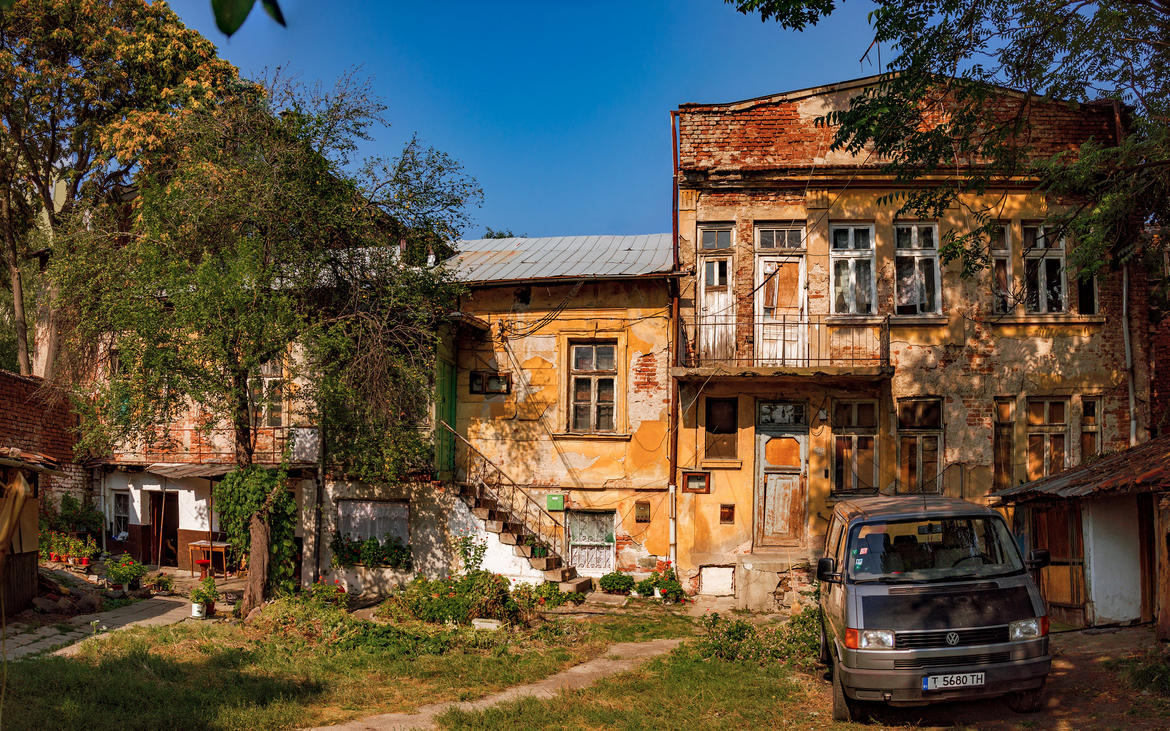 Only four EU countries have done worse than Bulgaria with regards to the withdrawal of polluting diesel cars following the Dieselgate scandal. These countries are Romania, Poland, Croatia and Slovakia.

In Bulgaria, only about 52 per cent of Volkswagen vehicles (manufactured after 2009) have been returned for a software update. This means that the consequences of the scandal have not been taken very seriously in our country, even though we are the country with the most serious PM10 (particulate matter 10) problem in the European Union. In 2015, the Volkswagen Group was found to have manipulated diesel engines to pass emissions tests.

These are the findings of a report from Transport & Environment , which examines the progress made by EU countries on the withdrawal, retrofitting, and updating of vehicles to meet the legal requirements for emissions.

Overall, the study concludes that efforts to address the problem across Europe are ineffective in comparison to the United States, and the differences between Western and Eastern countries in the EU are palpable. 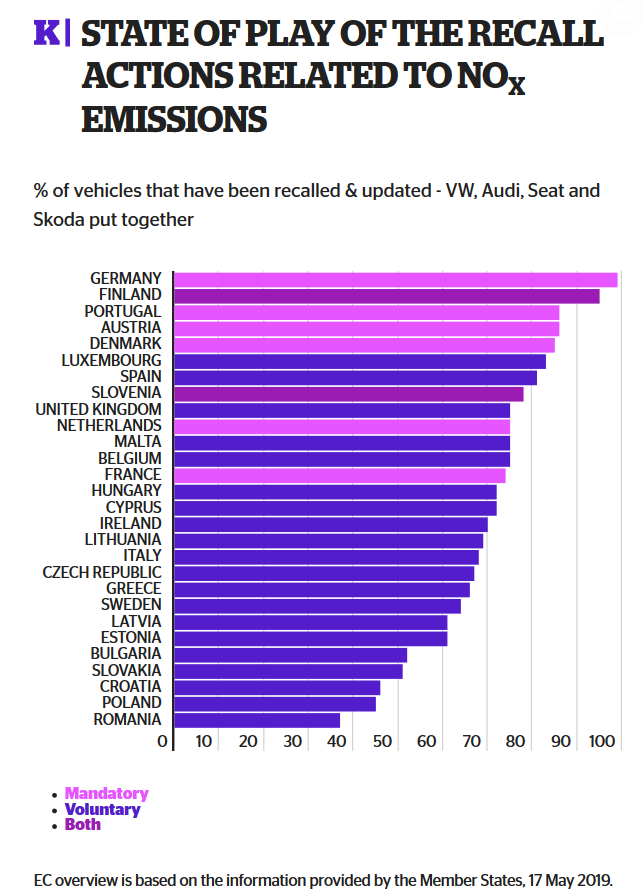 Recalls are not mandatory in Bulgaria

As a preliminary point, the first problem in our country is that the approach to the repercussions of Dieselgate is "looser" than in other countries of the Union. It is up to each country to decide whether or not to make it mandatory to withdraw Volkswagen Group’s vehicles from circulation and to control their software updates. In Germany, France and Slovenia, for example, the withdrawal of Volkswagen Group’s cars from circulation is mandatory, so that the control of their emission levels and whether or not they comply with the legal norms is carried out under the control of the state administration.

"As regards to Volkswagen Group's cars, their withdrawal from circulation is voluntary in Bulgaria and in most countries of Central and Eastern Europe, which means that their owners are not required to update their software and the withdrawals from circulation do not take place under the control of the state authorities", Jones Mueller, air quality manager at Transport & Environment, said to Capital.

In addition, Bulgarian authorities have reported to the European Commission that 52 per cent of Volkswagen Group cars with the problematic EA189 diesel engine have been withdrawn from circulation. However, these are only Euro 5 class vehicles manufactured between 2009 and 2014. The data from street laser measurements shows that older generations of cars also emit emissions above legal limits, Muller notes. This means that no measures are taken against older diesel cars. "Old cars need to be retrofitted to reduce emissions. All European citizens have the right to breathe clean air," the expert said.

"It is important to have good coordination between institutions, information, control and transparency," Julian Popov, a former environment minister and current advisor to the European Climate Foundation, told Capital. However, compulsory returns and involuntary actions require some administrative capacity, Popov says. This may be part of the reason why Bulgarian authorities are unwilling to put more pressure on the problem in our country.

Diesel on the threshold

In addition, Bulgaria, along with other Eastern European countries, is threatened with the import of polluting vehicles from Western Europe , where they are gradually being banned.

Although Bulgaria does not have the lowest rate of retrofitting of problematic Volkswagen vehicles, it is among the countries facing the risks of low quality fleet vehicles. According to Transport & Environment, over 100,000 second-hand cars were imported into Bulgaria from the other EU countries in 2017 alone, with more than a third of them being "heavily polluting diesel cars".

"At the moment of registering a second-hand diesel car in Bulgaria, local authorities should only allow it if there is evidence that the vehicles have been updated. Bulgarian authorities must also make the withdrawal mandatory to ensure that vehicles on the territory of the country are up-to-date," Muller recommends.

Outside the context of the Dieselgate scandal, authorities have begun to take action against an outdated and polluting car fleet in our country, but they are still timid. For example, the car tax calculation formula was adapted to include an environmental component with a change in the law at the end of 2018.

"In my opinion, the said component has to be tightened constantly – every year the parliament increases this component in the formula so that dirty cars get to pay more and more," says Julian Popov.

The situation in the European Union

Since 2015, only 10 million cars and vans have been withdrawn from the circulation from a total of 43 million highly polluting diesel engines that have been manipulated to defraud emissions tests.

The member states of the Union are handling the problem with a very different pace. If in Germany 99 per cent of the withdrawn cars received the required software update, in Romania only 37 per cent of the cars were updated and in Poland the percentage is 45 per cent.

Europe performs less well than the US in the aftermath of the emissions scandal, as the latter has a "stronger political will" and "a legal system that allows measures to be taken more easily," Muller says. He also recalls that collective consumer cases are less developed in EU countries, and the role of the lobby of the European car industry has a strong influence on political decisions on the Old Continent.