Assessing the impact of European legislation on the national level

A fact-check of Biljana Borzan's claim, stating that two thirds of Croatian legislation is determined by European legislation – a claim which is often made in other member states as well. The statement is mostly true, even if it is difficult to find out the exact number. 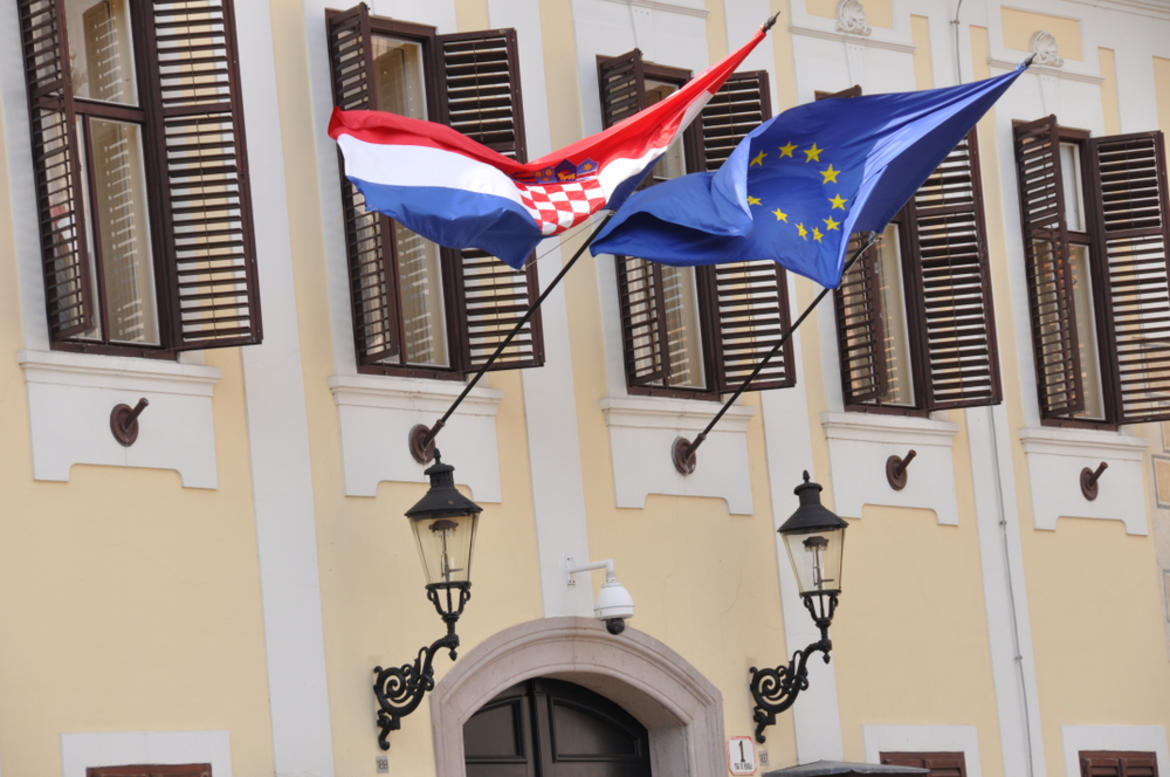 In view of the European elections, we host a few guest posts originally published by EUfactcheck , an initiative set up by the European Journalism Training Association to foster fact-based debate on European issues. This post was written by the University of Zagreb (Croatia).

We examined existing studies of EU legislation, documents of the European Parliament, contacted the Croatian Parliament, talked to Croatian experts on European legislation and contacted Borzan’s office in order to verify the fact in this statement. We found that the number quoted in the statement is mostly true, but the exact number is difficult to confirm. This numerical assessment is predominantly based on estimations of experts who emphasized that it would be very demanding for any researcher to find out the exact number.

Comparing Croatia to the UK

First we contacted Biljana Borzan via email to check the source for her statement. Borzan quickly justified it by a research conducted by Business for Britain , a British eurosceptic campaign group founded in 2013. This study is unavailable on the web at the time of our research but its main points are available on the website Talk Business . According to the analysis, EU rules account for 65 percent of UK laws. This research contains the same statistics Borzan used, but it is based on the United Kingdom’s legislation and not on Croatia’s. When asked why she thought findings on British legislation could apply to Croatia, Borzan replied by email: “This research is relevant for the Republic of Croatia given that these two members of the European Union are not a part of the Eurozone or the Schengen zone.”

Each country has its own legislation system regulated by their own criteria and each system is differently conceived. It is difficult to assess to what extent the legislation systems of the United Kingdom and Croatia are comparable, because the implementation of European regulations is different for every national legislative system. It is important to note that these statistics were often misused by the eurosceptics in the UK to prove that decisions about their fellow citizens are made elsewhere, without acknowledging that directives need to be implemented by the British government in the best way they see fit.

Tamara Ćapeta, an experienced professor at the Department of Public European Law at University of Zagreb says that EU member states are comparable if you look at how many national policies are tied with European law. She says that probably the main reason Borzan quoted the mentioned research is the fact that “there probably aren’t any other relevant statistics to cite.”

Regarding the main question, Ćapeta says it is certainly true that a large number of EU countries’ regulations have a European origin. The exact percentage can vary depending on the regulatory culture in each country. In countries that have a lot of legislative norms even without the EU, the percentage is lower than in the countries with less national regulation. The exact number for each country is difficult to find out, as this would demand a very through research effort, but two thirds “may be close to the truth”.

Looking at the numbers

EU regulations (a binding legislative act that has to be fully implemented throughout the European Union) and directives (a legislative act that sets out the goal that all states must achieve but lets each state decide independently on how to achieve it) are ways in which European laws come into legislation systems of its members. Ćapeta explains that EU regulations are directly incorporated into the legislation system, while directives and implementation of some funding contracts require their incorporation into national laws and not straight into the legislation system.

We contacted the Croatian Parliament in order to find out how many Croatian laws based on European directives have been adopted since the country became an EU member in 2013. Tatjana Briški from the Office for International and European Affairs at the Parliament shared statistics for three years:

This does not include the mentioned EU regulations that require no legislative activity by the Croatian Parliament. Therefore, it is difficult to measure the exact number.

To get an additional expert opinion, we spoke to Hrvoje Špehar, political science professor on the Faculty of Political Science in Zagreb whose research interests are focussed on the European Union. According to Špehar, well-known professors whose work concerns the EU’s political system, like Simon Hix and Wolfgang Wessels say that more than 50% of the European laws are being implemented into the members' legislation system. Špehar also said that the impact of European laws on EU member countries’ laws is difficult to measure and it would demand complicated and thorough research of legal experts, unique for each member state. National regulations are not the same by their importance and size and they might not be affected in the same way by the imposed European regulations. Špehar also commented that there is not much point in making a specific correlation between the UK and Croatia, as the number of regulations that concern the Eurozone and the Schengen area is not as high to significantly change the amount of EU legislature in each country.

In this blog article , Annette Elisabeth Toeller assessed current research on the Europeanization of public policies and made many of the points mentioned by the experts we interviewed. She said that looking for these numbers should be done carefully as “all they can do is give us a first, very rough idea of the scope of the European impact on national legislation. Figures make only sense as long as they are differentiated between policy fields.”

The exact number of two thirds cannot be confirmed. However, according to all the experts we spoke to, it is close to the truth as more than 50 percent of Croatian legislation derives from the European regulations and laws. It is important to emphasize that the identification of the exact number would involve a serious research endeavor that is beyond our skills and expertise. Also, as all of our expert interviewees highlighted, this is a very complicated matter because of the nature of the EU's legislation and of each member state’s legislative system.

On the other hand, the research quoted by Borzan is questionable for two reasons. One is that it is not clear to what extent this research is statistically relevant. Second is that the comparison between the legislation systems of Croatia and the UK would also demand a serious and lengthy research inquiry. To conclude, Biljana Borzan made a correlation that is based on an assumption, even though experts assess that the figures could closely match the extent to which EU laws and regulations affect Croatia’s national legislature.