American Rescue Plan: Europe is falling behind, as in the case in 2008

The United States are spending more money and more rapidly to support their economy than the Europeans are doing. And even if Biden's relief plan will result in higher imports, it is not the eurozone that will benefit the most from it. 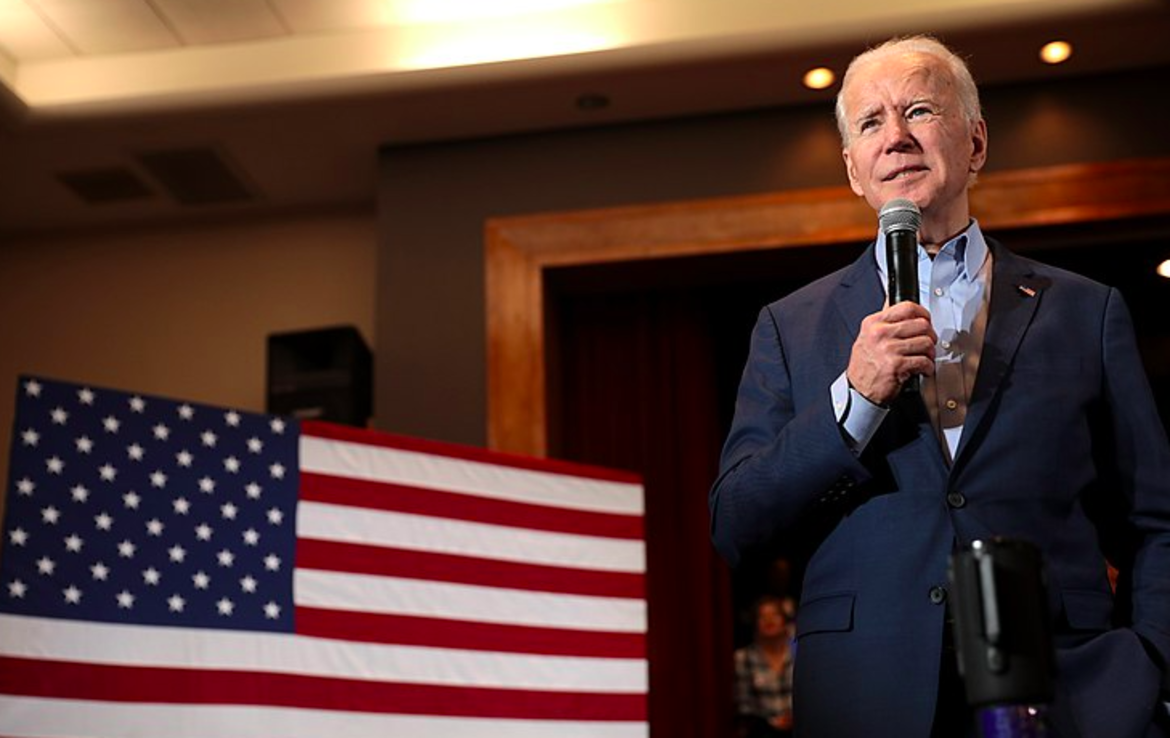 A year ago, the U.S. unemployment rate climbed to record levels  from 4.4% to 14.8% within a month. But now, the U.S. economy is recovering faster than the eurozone. The OECD reckons that growth in the U.S. will be 6.5% in 2021, compared to only 3.9% in the eurozone. In Europe, the fault lies in a vaccination deadlock as well as lack of ambitious economic measures that are also slow to materialise.

The situation is far from returning to normal in the United States, as Jerome Powell, the president of the Federal Reserve, pointed out on March 17: "The economic recovery remains uneven (...) and the path ahead is highly uncertain (...). The economy is still about 9.5 million jobs short of its pre-pandemic level." In February, the unemployment rate was at 6.2%, up from 3.5% before the pandemic . Its decline has been slower since autumn and this figure does not take into account citizens who simply left the labour market and became inactive because of the pandemic.

But Joe Biden's $1.9 trillion stimulus package approved by Congress in early March could well facilitate the renewal of America’s economic superpower. On the agenda are: aid packages for families, the extension of unemployment insurance benefits introduced by Donald Trump until the summer of 2021, financial support to states that have suffered the most during the pandemic, and stimulus cheques for households.

An overheating economy or an economic crisis?

What would overheat the American economy? According to some economists such as Olivier Blanchard, former chief economist of the International Monetary Fund (IMF) , this plan would indeed be so massive that it risks causing inflation to shoot up, and thereby ultimately interest rates if the Fed, the U.S. central bank, is forced to act accordingly to slow the economy and stop the rise in prices. However, this analysis can be questioned in view of the low inflation observed in advanced economies over the past several years. "In the 1980s, when unemployment fell by 1 percentage point, inflation rose by about 0.25 points. "Today, a decrease in unemployment is practically no longer reflected on the effect on inflation, due in particular to employees' loss of purchasing power over wage setting", explains Laurent Ferrara, professor of international economics at SKEMA Business School. This fundamental change results from, as the economists would call it, the "flattening of the Phillips curve ", the latter representing the relationship between the level of unemployment and the level of inflation.

In addition, the U.S. Federal Reserve changed its mandate at the end of summer 2020 , no longer feeling the obligation to raise interest rates when inflation reaches the momentous 2% mark. It now allows room to compensate for the years of low inflation that we have just experienced, to go beyond 2% for some time, but for a certain period only. Joe Biden made his choice between a limited risk of overheating the economy caused by the over-calibration of the stimulus plan, and an assured risk of economic crisis by having a less ambitious recovery plan.

Europe is falling behind

It is difficult to compare the extent of fiscal support in the eurozone and the United States. In fact, the acute lack of social protection nets in the US requires much greater ad hoc budgetary support measures in the event of a crisis, whereas in Europe, we have a number of "automatic stabilisers" to help with the pandemic (unemployment insurance, health insurance, etc.). "Even if we put this aspect aside, the United States is still currently a step ahead of us in terms of stimulus," says Laurent Ferrara. "What about the European recovery plan presented as a major step forward?", asks Olivier Passet, research director of Xerfi . "750 billion euros over three years, of which 390 billion are grants and the rest are loans. Less than 1% of new spending per year, when the United States or China organise their stimulus at 5 to 10 times higher and much more concentrated over time. »

Americans spend more money to help their economy, and they spend it faster as well. Millions of Americans have in fact already received the cheques promised by Joe Biden, whereas the EU member states have not used a single cent from the 750 billion euros promised by the Next Generation EU plan . The latter marked a major step forward by allowing the European Commission to borrow, for the first time, a shared loan on behalf of all Member States. But the mechanics are slow to set up. On the one hand, while Member States have announced their national recovery plans, none has yet reached a final version nor have they formally submitted their recovery plan to the Commission (they have until 30 April to do so, after which the plans will have to be validated by the European Council). On the other hand, the institution must wait for all Member States to officially authorise it through their national parliaments to raise the ceiling of its resources in order to be able to carry out a mutual loan on the markets. Only sixteen states have voted so far, including France. Recently, a ratification of the European plan has been suspended in Germany , which further runs the risk of prolonging its implementation.

"The 750 billion EURO debt-financed European recovery fund will raise investment spending in the years to come (...). But it is now up to national governments - some of them highly indebted and at the risk of  falling foul of Europe’s fiscal rules in the future - to boost their economies further," remarked Christian Odendahl and John Springford, economists at the Center for European Reform and authors of the article "Why Europe should spend big like Biden". Hence the importance for Europe to quickly agree on the future of its budgetary rules, which have been temporarily suspended since the beginning of the pandemic until the end of 2022.

"There is a lot of talk about the debt in Europe, but that is not the issue at the moment. The more pressing issue is how to spend the money wisely", says Laurent Ferrara. Otherwise, we risk of another post-financial crisis like that of 2008, when the United States managed to recover faster than Europe, the latter having resorted to a rapid return to austerity and suffering in the process. This is especially true since the slow vaccination campaign is further hampering recovery in Europe. Launched thirteen days before our campaign, a report by Natixis explaining the differences in growth between the two zones points out: " the American vaccination rollout made it possible in mid-March to vaccinate 33% of the population, compared to 11.6% on average in the eurozone."

Given that the United States traditionally imports more than it exports (known globally as the "consumer of last resort"), one could imagine that Joe Biden's stimulus package indirectly benefits the European Union through an increase in exports. This was pointed out by Phillip Lane, chief economist of the European Central Bank (ECB) . But by looking at the data on U.S. goods trade , China, Mexico and Canada are the ones that will mostly benefit from this recovery plan. Within the European Union, it is Germany, the 4th biggest supplier of the United States in 2021, that will benefit the most. "German exporters are benefiting from a pick-up in economic growth in Asia and the United States," recently reported by the Ifo institute, a German economic research institute. So there is a risk that the gap between Berlin and the rest of the continent will widen .

Clearly, Europe will only be able to rely on its own support measures to quickly emerge from the pandemic crisis. And there is urgency, both on the health front and on the economic front. Nevertheless, "the chances of Europe emulating the United States and rapidly increasing the recovery and resilience fund [the main instrument of the European recovery plan - editor's note] are slim," says Gilles Moëc, chief economist at AXA IM. The best we can hope for is an acceleration of the payments to which Europe has already committed itself. »