A majority of Europeans would rather remain in the EU

Is there any country across the European Union following the Brexit example? Not among the rest of 27 member states. Migration and euro currency crisis, tax policy, and Brexit have not weakened the Europeans believe in the future of the bloc, Eurobarometer shows. 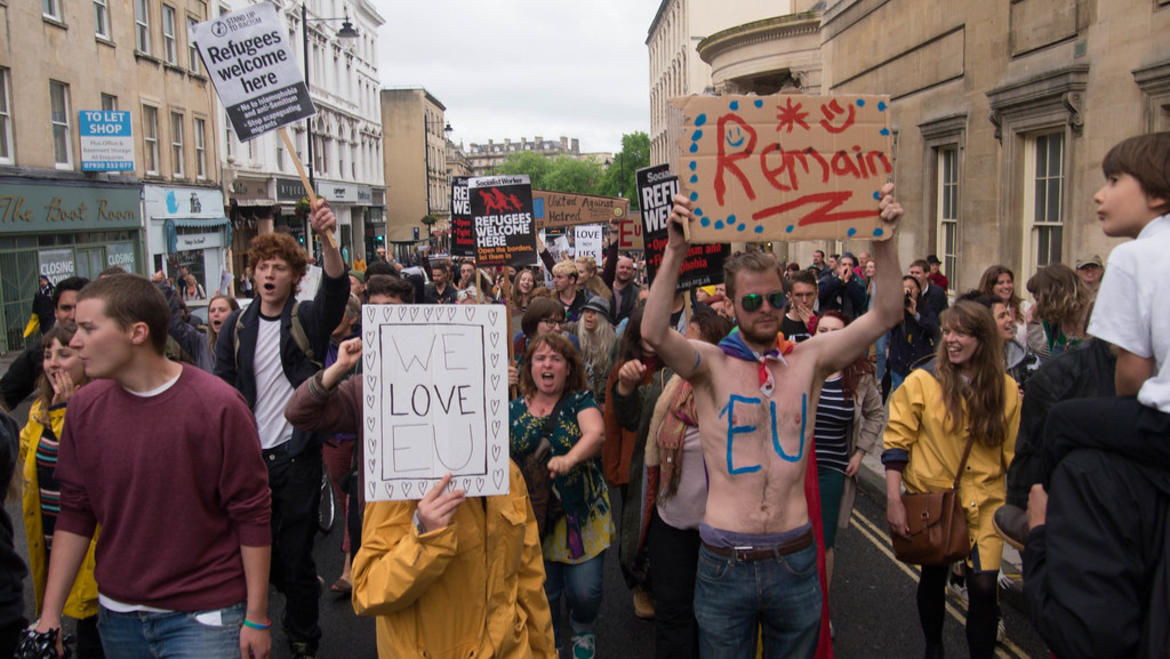 If EU citizens would have to decide tomorrow whether they prefer to remain or leave the EU, the majority would like to stay, according to Spring Eurobarometer 2019 survey conducted in February-March. The latest poll shows an average 68 percent of support to remain in the European Union among all the member states, including the United Kingdom. The results vary from 45 percent to 86 percent. Citizens of the Netherlands, Luxemburg, Ireland, Sweden, and Germany are the most optimistic about their bloc membership – over 80 percent would vote to remain within the EU borders.

With the United Kingdom setting in motion to leave the EU on October 31 under the latest withdrawal deal, its citizens showed the highest support for leaving the bloc. They would vote 45 to stay, while 37 percent prefer to leave. British are followed by the Eurosceptic Czech Republic and – more surprisingly – Italy, where less than a half would vote Remain. These two countries top the list with the largest number of undecided voters (around 30 percent each). When compared to the results of the same poll in September, more people would vote to keep the membership across the member states. The poll results ensure more optimism in the future of the block, backed by the results of the European parliamentary elections, showing faltering support for populist parties.

Ireland, the UK’s closest western neighbor and one of the most optimistic country about their bloc membership, is clearly not following Britain’s example as the country will soon face the economic brunt of Brexit. Several polls show increasing support for EU membership here, where the bloc invested 44.6 billion euros since 1976, according to European Commission figures. Like many others, Ireland benefits from the agreement from free market trade, open labor market, and flow of the foreign direct investments. Based on Eurobarometer figures, 83 percent of Irish people would keep their EU status with only 8 percent willing to leave the bloc.

But not everyone follows Irish optimistic example. Once enthusiastic about the bloc, Italy took a turn to become one of the bloc’s Eurosceptic countries particularly among the young generation, disappointed with the government actions. Less than half of Italians would vote in favor of remaining, while the third part said they haven’t decided how they would vote. The populist-nationalist movement has grown in Italy, causing turbulence for traditional mainstream parties and fueling debates over the country’s vast contribution to the EU budget. Supported by the third part of votes, the far-right League party came first in Italy in the European Parliament elections.

Skepticism towards the EU is high in Central European Czech Republic, where thousands of Czechs protested against Prime Minister Andrej Babis in May. He has been charged with alleged misuse of European Union's funds but managed to keep his popularity as a politician. He called the case as a fabricated campaign against him. In the Eurobarometer poll, Czechia is ranked second after the UK with 47 percent willing to remain in the EU and 24 percent certain they would vote to leave. Czech Euroscepticism strengthens with Babis party winning a convincing victory in the European Parliament elections in May.