1868. This is the total number of terrorism victims during the last nineteen years, who have either lost their lives in attacks in the European Union, or as European citizens outside the EU's territory. The EU has adopted several directives to combat terrorist acts, but certain member states have yet to transpose them into national law. 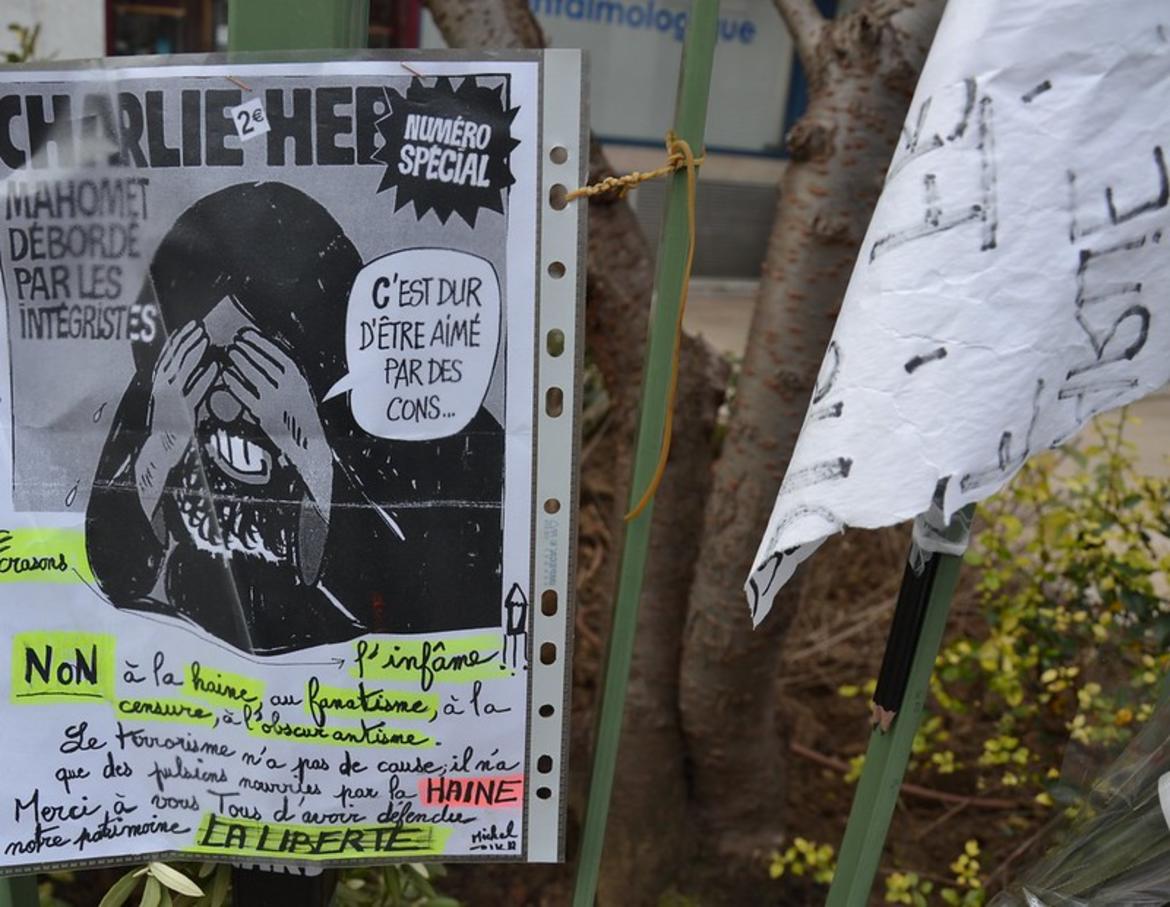 The “Black and White Paper on Terrorism in Europe” (available in pdf format here ) provides an excellent overview on how terrorism affected Europeans in the last couple of decades. The compilation of this document was led by Maité Pagazaurtundúa, a Spanish journalist, civil society activist, and member of the European Parliament for the liberal Renew Europe group. Pagazaurtundúa also organised a conference  in the European Parliament last October, where speeches were given not only by terrorism experts, but also by representatives of the victims.

The paper contains several datasets and maps, explaining how and in what circumstances victims lost their lives, and also listing the terrorist organisations responsible for that. Of the 1868 victims registered in the last nineteen years, 753 people died within the EU's territory; 630 of them were European citizens (97 of them were from an EU member state different from that where the attack occurred); 116 came from a third country; and 7 victims remained unidentified. The majority of victims, 1115 European citizens, lost their lives outside the EU. Most of them (640) died in Afghanistan, with the vast majority being soldiers. 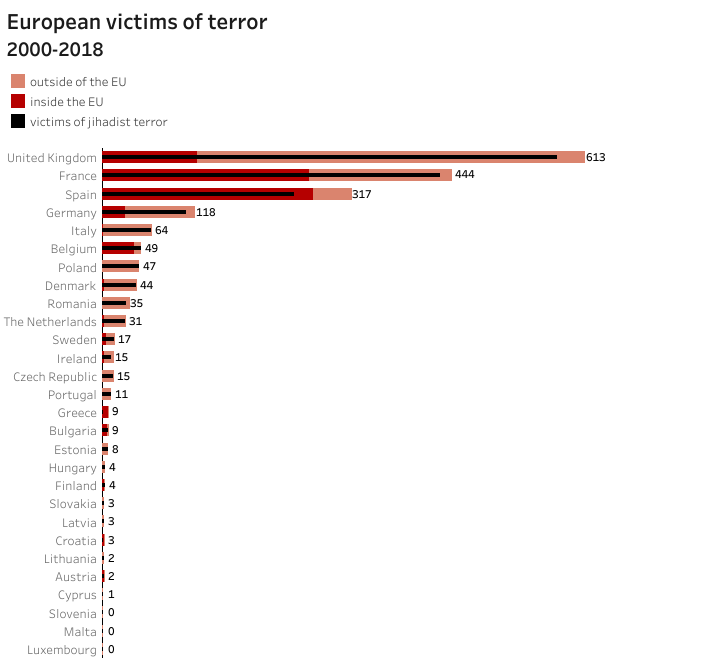 fish that clean tank with betta

If we look at the attacks which occurred during this nearly two-decade long period, we see that the devastation caused by terrorists is centered around four major events or series of events:

2015 was the “bloodiest” year: 204 people died in the massacres which took place in Paris and Tunisia. The number of victims in the aforementioned Madrid terrorist attacks in 2004 was 202. In comparison, the number of terrorism victims was the lowest in 2014 (14), while last year was the second-least deadly, with 24 victims.

It must be noted that the latter figure reflects authorities’ increased effectiveness in detecting attacks. It should also be mentioned that last year terrorist cells prepared complex attacks which would have claimed many lives, but that very complexity meant larger margins of error, and intelligence services were able to intervene. According to the study, this highlights the fact that there is still a very real threat of further Islamist attacks. An important characteristic of many terrorist acts is that victims are chosen at random. As such, terrorists pose a threat to society as a whole, making this form of violence all the more upsetting.

As for the forms of attack, 1289 victims died in non-suicide bomb attacks, while 369 deaths were caused by suicide bombers. Looking at the perpetrators, we can see that in the vast majority of cases (1703 victims) the attack was performed by Islamists. Nationalist-inspired terrorism took 111 lives during these 19 years, while 14 and 13 people were killed by far-right and far-left terrorists respectively. It should be mentioned here that one person was killed by an animal rights activist. The terrorists who died in their own attacks were not included among the number of victims.

Maité Pagazaurtundúa’s report also shows that the majority of victims killed in attacks within EU territory were Spanish (212). There were also many victims of French (198) and British (94) nationality. These figures are usually connected to larger terrorist acts. 61 per cent of European terrorist victims were men, and 38 per cent were female.

According to the Eurobarometer poll of April 2017, 80 per cent of EU citizens expected the European Union to do more to fight terrorism. Subsequently, the EU adopted several pieces of anti-terrorist legislation: a directive on combating terrorism, another directive to control the acquisition and possession of weapons, and a regulation on the amendment of the Schengen Borders Code. These directives were supposed to have been transposed into the national legislation of each member state by September 2018, but some still lag far behind.

The term “foreign terrorist fighter” was introduced in the aforementioned directives, criminalising travelling for terrorist purposes. This was not by chance: almost 7800 EU citizens from 24 European countries travelled to Syria and Iran to join the Islamic State. Praising and justifying terrorism and terrorist acts is also supposed to be criminalised in every EU country; this includes online and offline dissemination of messages, photos and videos, especially pictures of victims. Similarly, public incitement to commit terrorist offences, recruitment, providing training or education for terrorist purposes, as well as organising and financing such activities are also supposed to be criminalised.

Data source: Black and White Paper on Terrorism in Europe, 2019