Waiting for the new European Parliament

What is being said about the newly-elected members of the European institutions, and in what terms? Do specific emotions tend to predominate? What are the emerging issues? A textual analysis of 18,000 tweets posted after the 2019 European elections provides a bird’s-eye view of the political landscape. 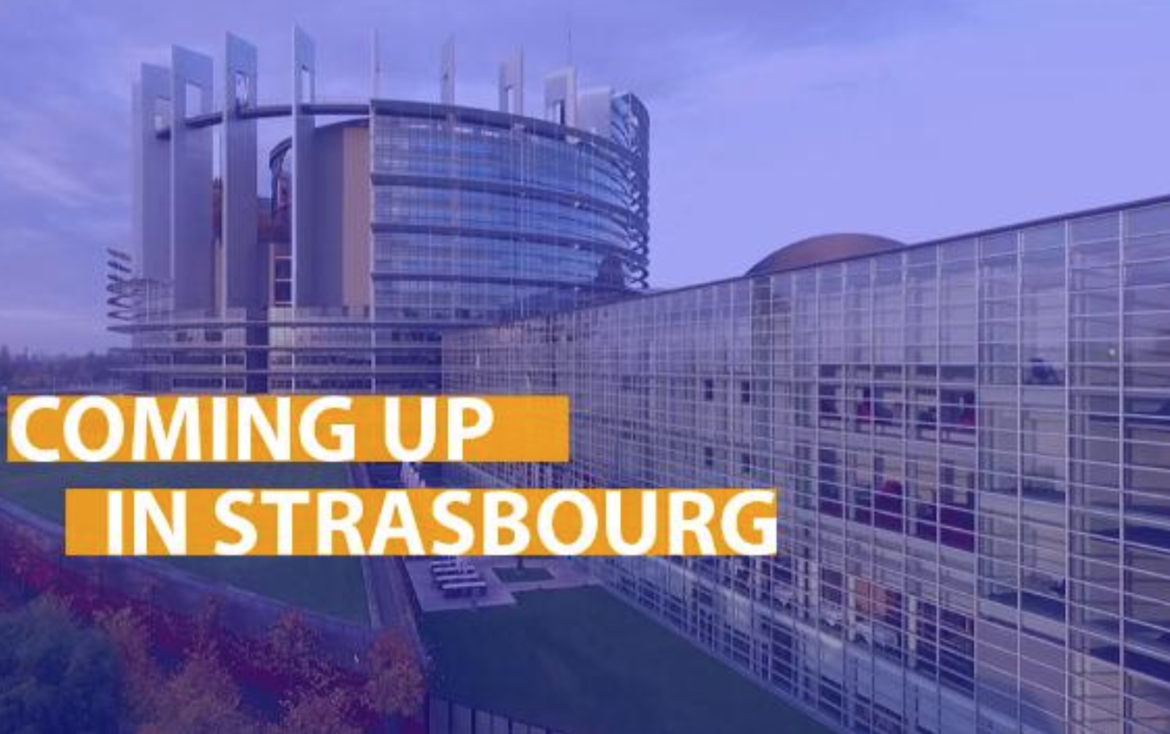 The new European Parliament is about to get to work, with the first plenary session scheduled for July 3, when the new MEPs will elect the president of the assembly.

In the meantime, what is being said about European issues – and in particular, the new parliament and the nomination of the new president of the commission? For example, what are the trends that emerge when we analyse all tweets containing keywords connected with the new parliament and newly-elected deputies? By collecting around 18 thousand tweets in English and applying some basic computational textual analysis techniques, we can obtain something like a bird’s-eye view of the political landscape.

Even at a casual glance, it’s clear that Brexit is still a hot topic, including Nigel Farage and Arron Banks, one of the main financial backers of the side supporting Britain’s exit from the European Union. Looking at the bigrams – the word-pairs which appear most frequently in tweets – the second most frequent pair, after “European Parliament”, is “Brexit Party”, while references to the new deputies and the date of the first plenary session (July 3) trail behind. 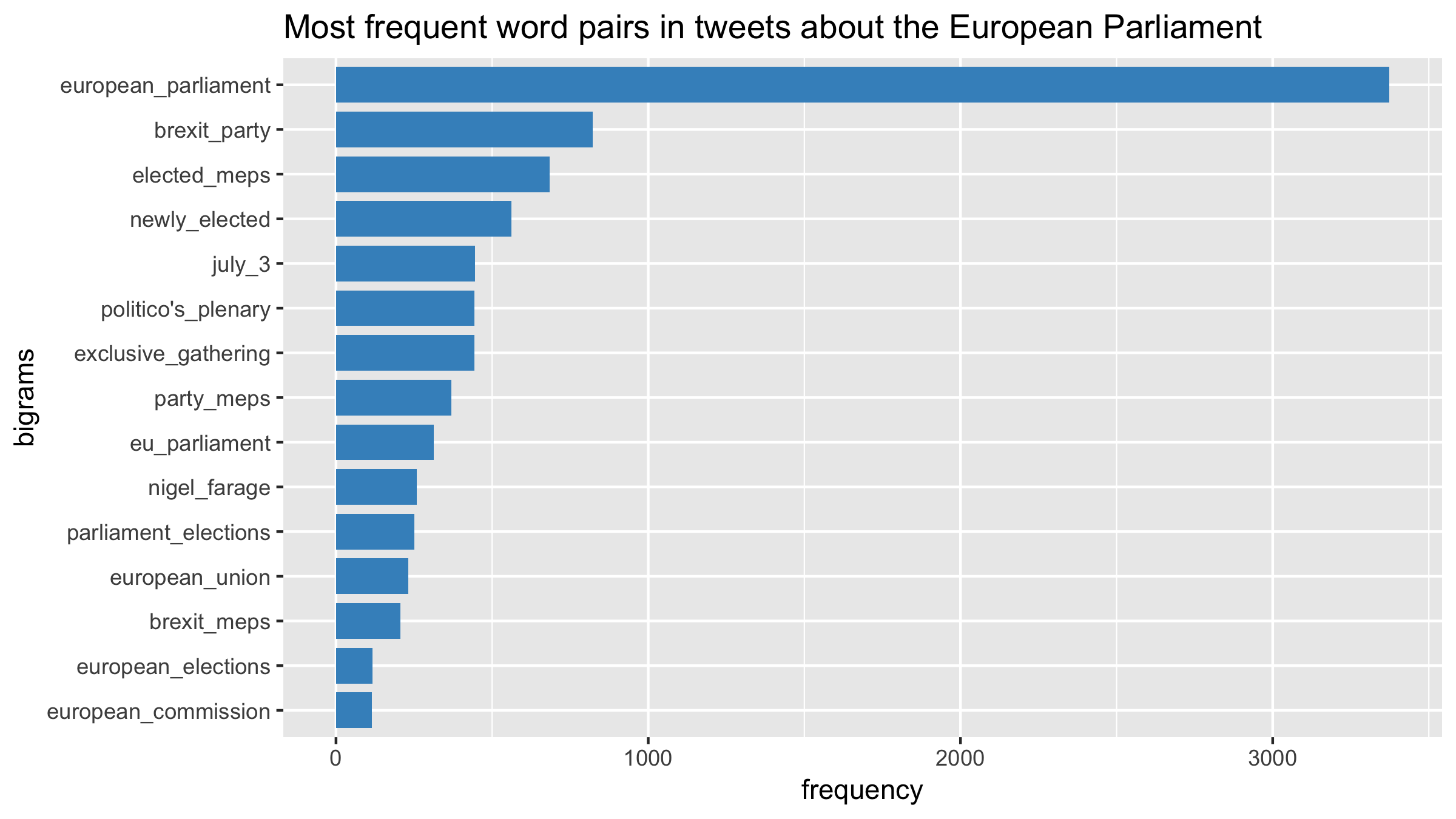 Looking, however, at the most frequently connected words, other names tend to emerge, including French nationalist Marine Le Pen, as well as Manfred Weber – candidate for the European Commission presidency – and the Catalan politician Alfred Bosch: indeed, another theme which appears frequently is the Catalan question, in particular the fates of two newly-elected candidates, separatists currently detained in Spain (here is an article by Bosch himself, published by the Guardian). 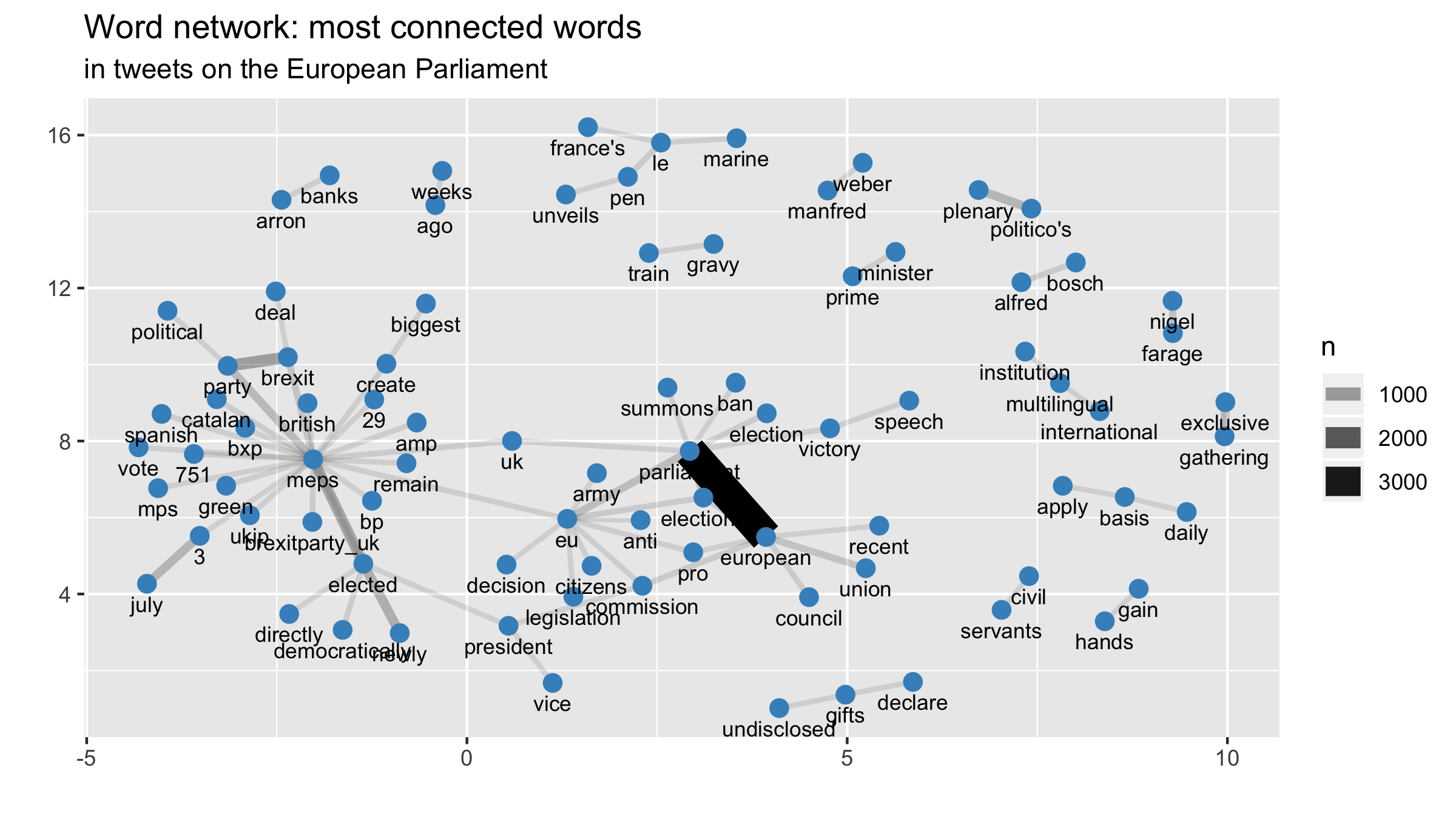 More generally, can we say whether the majority are conversations, comments, phrases or words are favorable or unfavorable towards the European institutions and their regulations? Generally speaking, can we say whether all these tweets express specific emotions? Using a computational approach, we can assign scores of negativity or positivity to each tweet. For example, we can discover that the most positively worded tweet was posted by the spokesperson for Manfred Weber:

“To achieve a better Europe, to deliver the change, we are ready to work together with other groups. I am happy to see that there is willingness to find common ground and build a stable majority in the European Parliament.” #thePowerofWE

On the other hand, mincing no words, the most negative tweet comes from a “non-institutional” user:

I feel a little bit sorry for them that they think people on twitter will swallow their half-arsed attempts at propaganda and undermining the European Parliament.

More broadly, while a certain sense of positivity and trust emerges from the analysed tweets, there is no lack of words with negative connotations:

The text mining technique used below is based on a pre-existing lexicon. Nevertheless, as suggested earlier, we still get a general idea of what is being expressed in the analysed texts. The wordcloud below shows the words associated with various “emotions”: 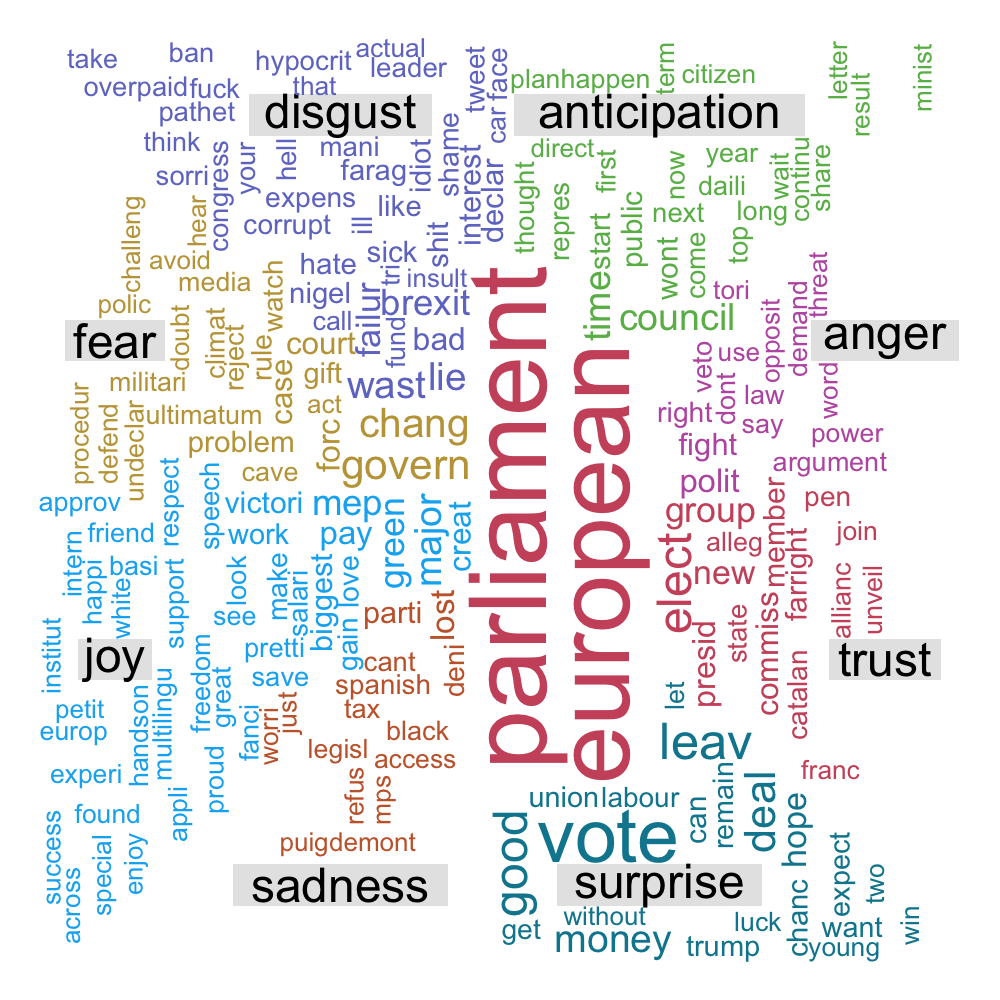