Last month the newly elected Greek government of ‘New Democracy’ passed a new asylum law that will speed up the asylum process in Greece. 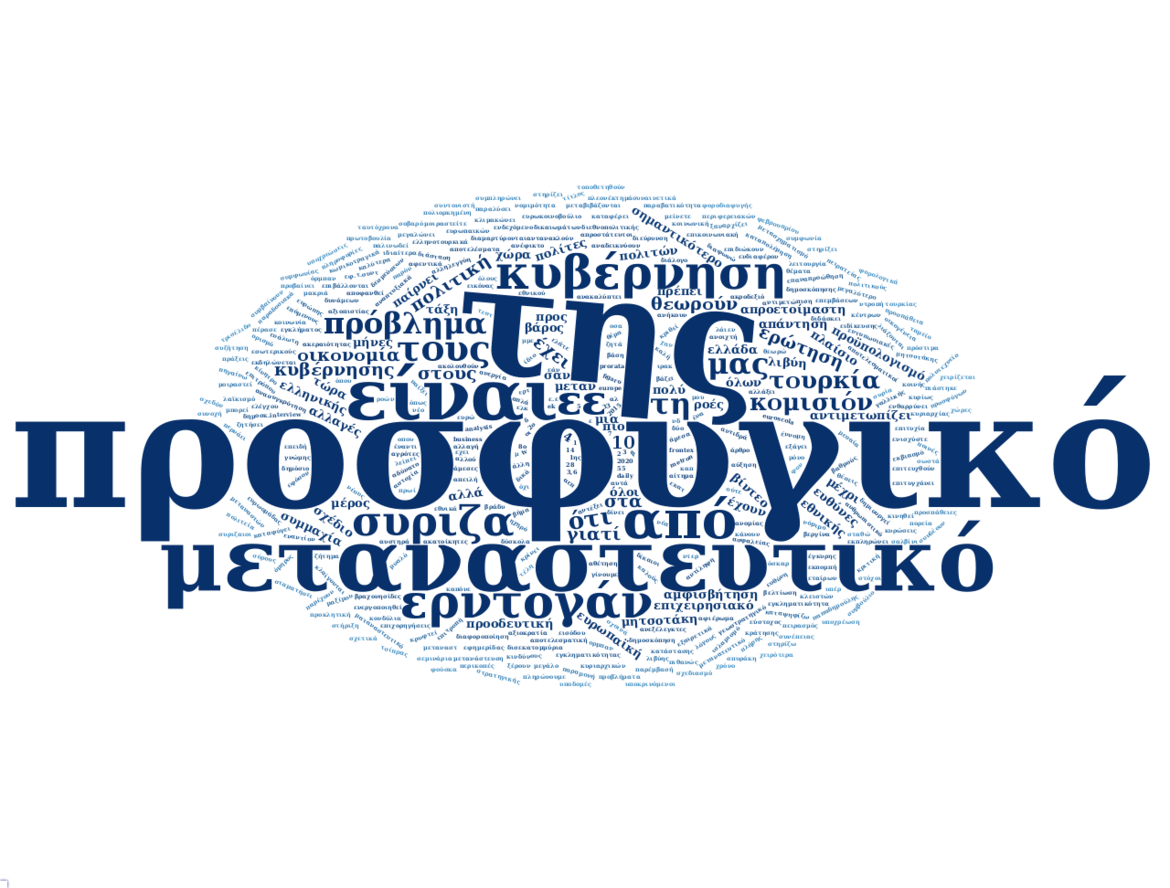 The draft of the legislative amendments to the new law was given to public consultation for just 4 working days. NGOs and International organizations criticized the short public consultation period and expressed their concern. According to them, the new law, which will enter into force on January 1st 2020, prevents people from having full access to international protection.

The UNHCR’s Representative in Greece, Philippe Leclerc said that the law "puts an excessive burden on asylum seekers and focuses on punitive measures. It introduces tough requirements that an asylum seeker could not reasonably be expected to fulfill”. On a somewhat different note, Prime Minister Kyriakos Mitsotakis tweeted: “Greece is acquiring, finally, a clear, structured and operational asylum system”. 180 MPs from the New Democracy and the Socialist Parties, within the 300-seat parliament, voted for the new law.

The law is part of a broader series of strict measures against refugees and migrants. This summer the new government decided not to grant to non-EU-nationals health insurance cards, preventing them to have access to the Greek healthcare system. Moreover, it announced the shutdown of the overcrowded registration refugee camps in the eastern Aegean and the creation of new closed detention centers. Alkiviadis Stefanis, a Greek army officer and Deputy Minister of National Defence and government's special coordinator for migration in his interview on SKAI TV, announced the transformation of the open refugee camps in the mainland into controlled refugee camps.

Through EDJNet's ‘’Quote Finder’’, it is possible to have a look at what the Greek MEPs are tweeting about the new policy for refugees, migrants and asylum seekers. Tweets have been searched and filtered by the string «προσφυγικό ζήτημα», which stands for the “refugee issue”.

Giorgos Kyrtsos (EPP) mostly criticized Syriza, the largest opponent party, and its lack of understanding over the rise of refugee-migrant flows, part of Erdogan’s strategy -as he says- and urge them to support government’s new policies. Moreover, Kyrtsos underlines the importance of a Greek-EU effective refugee-migration policy against Erdogan, given that “He [Erdogan] is the one who brings us in a difficult position”. According to Kyrtsos, the agreement not only threatens Greece’s sovereignty but it also gives another dimension to the refugee-migration issue. “It is not only a humanitarian issue bus also a matter of security”, he adds.

Maria Spyraki (EPP) instead urges the European Parliament to give financial support to Greece and to share responsibilities for refugees and migrants.

Dimitrios Papadimoulis (GUE/NGLG) criticizes government’s new policies. He accused the Greek prime minister for not voting against Orban’s government in an EU Parliament vote to trigger Article 7 sanctions procedure against Hungary. “European Commission is hostage to Orban and Salvini”, he writes, and adds that the Commission gives direct grants to Turkey, which are not transferred to its public coffers. He stresses that he votes against this Commission because of its serious cuts in the CAP and the Cohesion. Besides that, Papadimoulis underlines that the EU lack of a common refugee plan, and stresses that EU member states cannot demand billions for its farmers and infrastructure and at the same time cannot provide a single euro for the refugees.

Petros Kokkalis (GUE/NGLG) tweeted about Syriza’s question to the European Commission on the legality of Greek Government’s decision to create closed detention centers in uninhabited islands and rocks.