At a micro level, the exit of British MEPs impacted on one of the tools that we developed to keep track of the European debate. Since we have created it, #brexit has constantly been among the most popular hashtags used by MEPs. 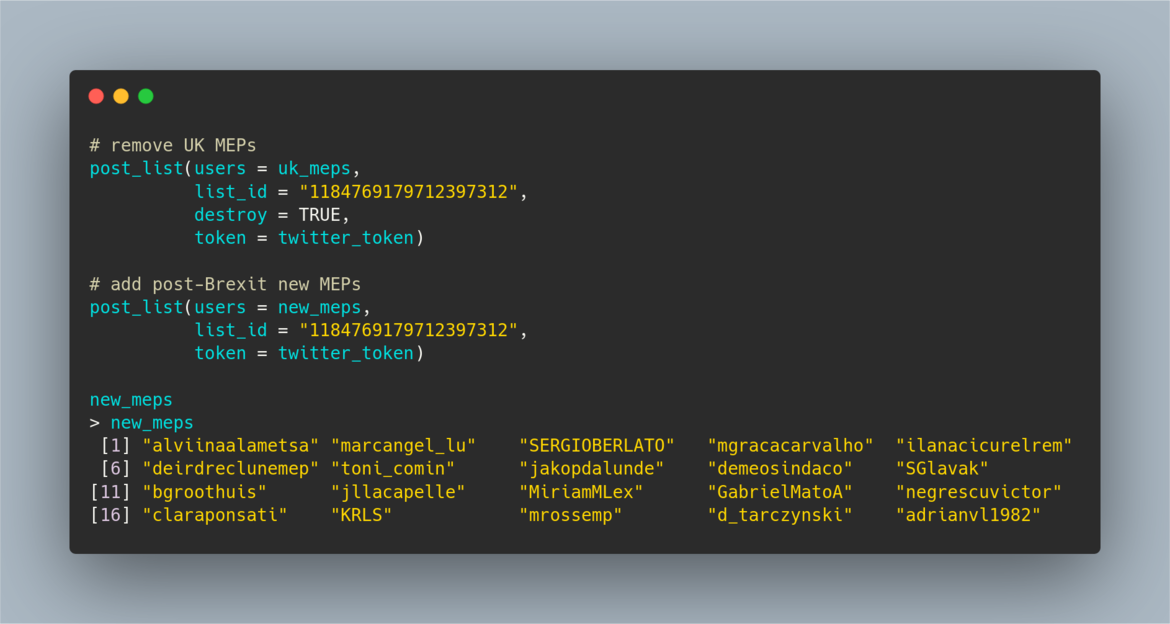 Brexit has happened, and at EDJNet we found ourselves doing the type of small maintainance activities that come together with big political events. Perhaps the most symbolic was the taking down of the U.K. flag out of the European Parliament...

Sad day @UK is leaving the @EU at midnight! The Union Jack was taken off in front of the @Europarl_EN and an EU flag was raised instead in a sorrowful ceremony! pic.twitter.com/0Vrf6Vgo9f

while pro-Brexit MEPs were celebrating.

The epic countdown to British liberty, from a ringside seat

Due to Brexit, a number of websites related to the European Union had to go through adjustments. For example, the website publishing EU tenders, still includes a notice on all of its internal pages:

So we went again through the procedure to get all MEPs and their Twitter handle from the official website of the European Parliament (technically inclined readers will find the relevant script following this link ), and update the Twitter list with all MEPs that feeds the Quote Finder.

In brief, you will find no more new tweets from British MEPs on the Quote Finder. This will most probably substantially decrease the number of English-language tweets and will have an impact on which hashtags are most popular.

#brexit has constantly been among the most popular hashtags used by MEPs since the Quote Finder was created a couple of years ago. Perhaps – do we dare to hope? – this will also change? Either way, there can be little doubt that EU Parliament will be busy discussing EU-UK relations for a long time.

We just voted on the Parliament's position on the future UK-EU trade relation. Calling for dynamic alignment of standards - there can be no race to the bottom, or threats to the single market! We will monitor the negotiations closely in the coming months! @GreensEFA pic.twitter.com/msPb8nJz7H